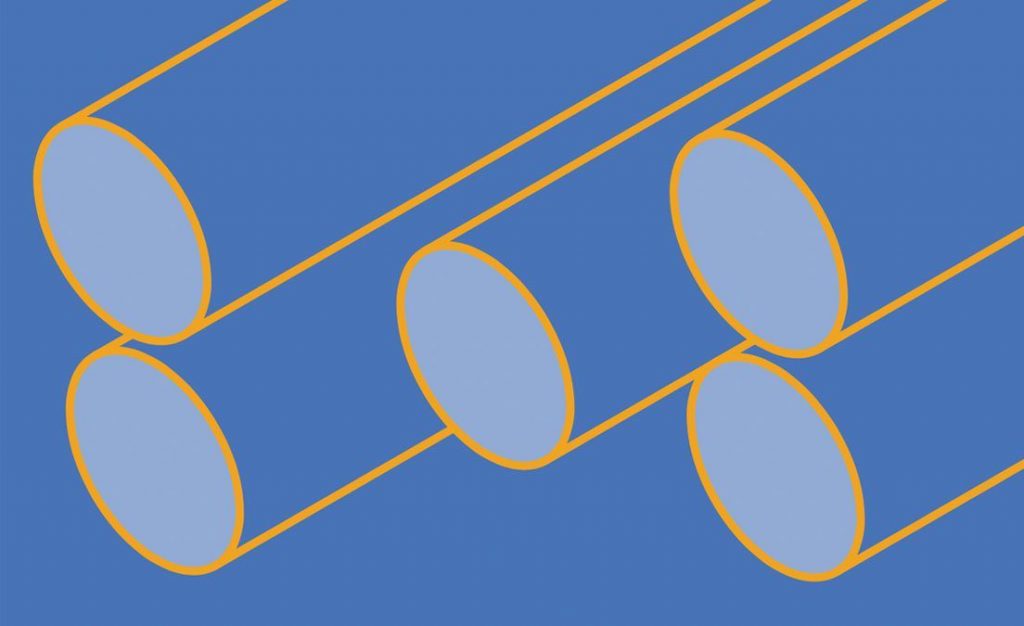 Collaboration between Rice University and the University of Washington has created a revolutionary open-source technique for printing organs.

So, you want to bio-print yourself a new organ, maybe your heart’s set to depart or your liver’s not delivering. Given all of the equipment and scientific expertise modern tissue engineering has to offer, the disheartening snag you’ll hit time after time will be this: how do you recreate the complex vascular network needed to grow tissue to a viable size?

It’s called the ‘vascularisation problem’ and it has been one that tissue engineers have struggled with, according to the University of Washington’s Kelly Stevens, for “over a generation.” [1] Now she, alongside Jordan Miller of Rice University, could be set to solve it, having led a team towards a significant breakthrough in the bio-printing of complex vasculature.

Longevity.Technology: In a first for the field, the team has found a way to bio-print artificial versions of the vascular systems found in our bodies, like the airways of the lungs or the bile ducts of the liver, alongside the blood vessels of both.

The solution comes in the form of the team’s new open-source bio-printing technology called SLATE (Stereolithography Apparatus for Tissue Engineering) that 3D prints soft hydrogels layer by layer. Starting from a pre-gel solution (that solidifies upon exposure to blue light) the 2D gel slices are stacked one atop the other as an overhead arm raises the 3D gel through the light beam, consolidating the structure as it is printed.

The innovation that made their technique a revolutionary one is the Rice scientists’ decision to also use food dyes in the printing process. They chose their dyes by their ability to absorb blue light, allowing the team to decide the exact parts of their slices that were solid and hollow. In this way, their system can produce soft, biocompatible gels with intricate internal architecture, and all in a matter of minutes.

With this technique, the team was able to bio-print a lung-mimicking structure that would be robust enough to not burst during blood-flow or breathing, a fact the team found by passing blood through the structure while also subjecting it to a pulsatile intake and outflow of air. More detailed tests showed that the bio-printed alveolar air sac was able to pass oxygen on to red blood cells through its artificial vasculature.

Their technology is desperately needed. Around 110,000 people are on organ donation lists in the US alone [2], and this is without even considering the eye-watering expenses involved [3]. According to recent data, transplant costs for a kidney average to around $400,000, whereas lungs and hearts go at the breath-taking, heart-stopping rates of $800,000 and $1.1m [3], respectively. The breakthrough could also put bio-printing ahead of xenotransplantation in this race, with the latter relying on patients taking expensive immuno-suppressant drugs.

The Washington and Rice scientists haven’t ignored the monetary value of their discovery, but they take a nuanced approach. Key areas of their work are being commercialised through Houston-based startup Volumetric (which designs and manufactures bio printers and bioinks) but the source data from their study is freely available.

In addition, all 3D printable files needed to build the stereolithography printing apparatus, alongside the design files for printing each of their hydrogels, have been released free of charge. Jordan Miller champions an open source approach to 3D printing and believes that science makes its best advances when it is open and collaborative. This is without even mentioning that the team’s breakthrough was only made possible by drawing from previous open source innovations. “Making the hydrogel design files available will allow others to explore our efforts here, even if they utilise some future 3D printing technology that doesn’t exist today,” he says [1].

His lab is already using their new technique and designs to look into more complex biological structures, an exploration Miller says we are “only at the beginning” of. “We envision bioprinting becoming a major component of medicine within the next two decades,” he says. A frustratingly vague estimate, to be sure, but if innovations like this keep appearing, one that we can hope to see brought even closer to the present day.