Can CRISPR be used to diagnose aging? 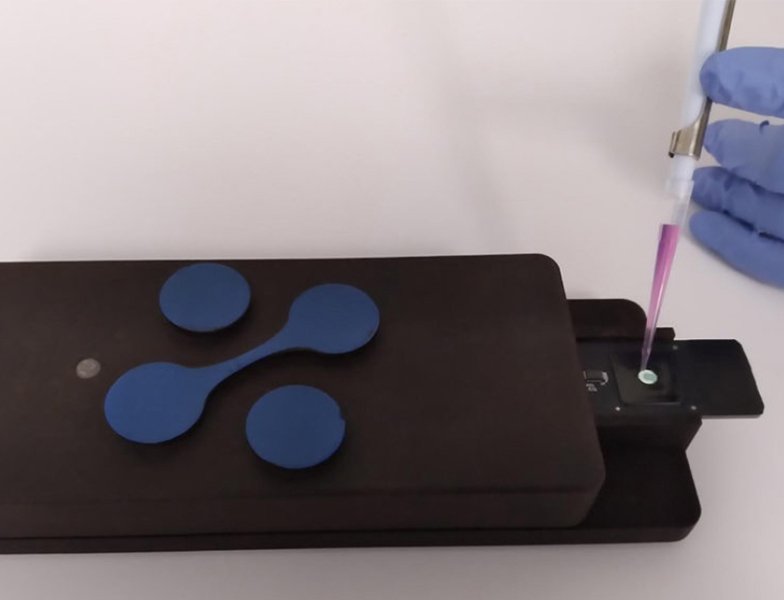 Irina Conboy talks CRISPR and how the gene-editing tech may have a significant role to play in diagnostics.

In the first article from our interview with Professor Irina Conboy, we covered the work for which she is most renowned – the study of factors in our blood that may impact on aging. But another key area of her lab’s research is CRISPR technologies, including playing a role the development of a CRISPR-powered device, which was recently the subject of a new paper highlighting its advanced capabilities in disease-detection.

Longevity.Technology: Much of the discussion around CRISPR-Cas9 technology focuses on its potential to treat a wide range of diseases by editing our DNA. But, while gene therapies leveraging CRISPR are probably still quite far from the clinic, Prof Conboy believes there are near-term opportunities for the technology in a diagnostic capacity.

“CRISPR is a seminal Nobel Prize discovery, but, in my opinion, it’s not easily scalable, or directly applicable to the clinic because it relies on gene therapy and works most effectively only in dividing cells,” she says. “So, until we make more progress in the fields that support CRISPR medicine, this approach is unlikely to be broadly and quickly used as a therapy for editing genes in people.”

CRISPR as a diagnostic tool

But Conboy thinks CRISPR could be used much sooner in diagnostic medicine.
“For example, a bedside diagnostic telling the doctors if the treatment that they’re prescribing is working – or to identify what’s going on with proteins and cells in the blood from tiny samples,” she says. “I believe it will also be able to predict the biomarkers of aging and disease, and we are working collaboratively on this with a rising star in this field, Professor Kiana Aran.”

Conboy attributes her journey into CRISPR to the fact she works at UC Berkeley, which she calls the “best college of engineering in the world.”

“I have this luxury that various professors come to me with their innovations to see if I have any systems to test them on.”

It was one of these approaches that first led to a collaboration with Professor Niren Murthy and Kunwoo Lee and the development of a new nanoparticle delivery system called CRISPR-Gold, which was shown to be able to repair disease mutations in mice.

“So we became experts in nanoparticles and CRISPR technology and then Kiana Aran decided to take it to the next step, which was can we use CRISPR for diagnostic purposes?” says Conboy, who joined forces with several others, including her former postdoc Aran, who now has her own lab at the Keck Graduate Institute.

The collaboration led to the development of a hardware device, called CRISPR-Chip, using electronic transistors made from graphene to detect genetic mutations in minutes.

“Together we published a paper on using CRISPR to profile a person’s genome and to identify potential mutations very rapidly and accurately in a digital screen,” says Conboy. “So you basically have a precise digital output that tells you if a certain gene is mutated or not.”

DNA samples are placed on the chip, and myriad CRISPR molecules scan them for specific mutations, based on the homology between the gene of interest and the guide RNA. If CRISPR binds with the target, it creates a change in electrical charge that is detected by the device very sensitively and in real time.

“We started out looking for big changes, such as deletions or duplications in genomic DNA, but the next frontier was to detect even a single point mutation, which is the nature of many human diseases, as well as viral mutations. And that’s the focus of Kiana’s latest paper, which was published with our involvement.”

While this technology can be broadly applied across several fields, Conboy says that it can play a role in driving our understanding of aging and rejuvenation as well.

“There are many things that are linked to changes in genomic DNA and aging that are traditionally very difficult to profile because of the complexity of the assays required, a lack of good instruments, and the noisiness of results,” she says. “A digital device that quickly identifies DNA damage and mutations from a small blood sample would be revolutionary.”
While this is clearly still work in progress, Conboy expects that the future will see CRISPR technology deployed in consumer applications.

“In the next 10 years, people might have wearable devices that tell them it’s time to go for another therapeutic plasma exchange, because you’re experiencing drifts in blood proteins and blood cells’ genome,” she predicts.