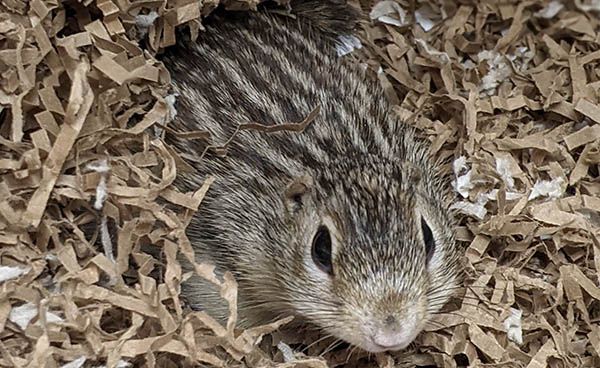 Fauna CEO: humans have forgotten to learn from nature – animal biology and genetics may hold the key to drug discovery and human longevity.

Whether living in conditions from freezing cold to blistering heat, the world is full of animals that undergo extreme biological adaptations to survive. Often these adaptations are linked to remarkable protective and regenerative effects – while a single heart attack can kill a human, some small hibernating mammals survive 25 heart attacks every year and live up to two-times longer than other animals their size.

The company has developed a platform that enables the discovery of therapeutic targets from animal biobank samples that are then compared against a database of hundreds of other species to find those with the same target networks. Those that are observed across species are then analysed to find similar pathways in humans that can potentially be activated by drugs.

Longevity.Technology: From cardioprotective functions to reversing neurodegeneration, with many of our mammalian friends exhibiting incredible biological abilities, it’s perhaps surprising that more companies aren’t exploring their potential for human interventions. We caught up with Fauna co-founder and CEO Dr Ashley Zehnder to find out more.

Before founding Fauna, Zehnder, a trained veterinarian, was working in translational science and veterinary informatics research at Stanford University.

“I was really interested in understanding what are the conserved biological mechanisms across species,” she recalls. “But the researchers working at places like Stanford and many other institutions only ever thought about diseases in the context of humans, or mice that they had given a disease to. That was literally their scope of the world.”

We’ve forgotten to learn from nature

Zehnder came to the realisation that a lot of core biological principles that science has learned from studying the natural world had essentially been forgotten.

“Remember, we found oncogenes by studying chicken tumours, not by studying human tumours,” she says. “But then we learned how to genetically manipulate mice, and we thought we’d solved it. We could mess with flies, worms, mice and fish, and we could learn everything we needed to learn – we didn’t need to study the natural world anymore. And I think that’s an idea that’s essentially broken.”

“Linda has a rich history in genomics, she has a human genetics PhD, and got really frustrated, as many people do, studying the human genome, and finding these gene correlations that are correlated with disease, but they’re not really driving the disease process,” she says. “She’d always wanted to be a veterinarian, and I’d always wanted to do more genomics, so we immediately started collaborating on projects, correlated with dog genomics and human diseases. And it was Carlos who said that we should think about starting a company around this.”

Zehnder and Goodman then approached Grabek, also a human genetics PhD, who had worked with Prof Sandy Martin at the University of Colorado on adaptive mechanisms in the brains of hibernating mammals. Martin is one of the foremost researchers in the genetics and genomics of the 13-lined ground squirrel, and has identified more than 6,000 genes that change expression at key hibernation timepoints.

“When Katie saw the hibernation traits of the 13-lined ground squirrel, it just was the craziest thing that she’d ever seen,” says Zehnder. “And she realised this was way more interesting than anything she could study in human genetics, so she decided to study squirrels instead.”

Grabek studied the changes in the squirrels that allow them to survive in extreme environments, building a biobank of very precisely timed tissue samples from these “highly adapted hibernators”.  And this was some of the data that Fauna in-licenced as part of the company’s founding IP.

“Katie brought her expertise in hibernation, these tissue samples, and a way to focus in on a particular subset of diseases, which mostly end up being these multigenetic diseases of aging – heart disease, obesity, Alzheimer’s, muscle wasting diseases and so on,” says Zehnder. “By and large, the species that we study that have evolved ways to repair tissues in a really robust way, and that ends up cutting across many different disease areas.”

Hibernation is both cardio and neuroprotective

One key area that Fauna has explored is the cardioprotective qualities seen in small hibernating animals. During a typical six-month hibernation, Zehnder says, the body temperature of these animals can drop down to almost freezing and remain there for a couple of weeks, before rapidly warming back up to 37 degrees Celsius over the matter of one or two hours, and then dropping back down again.

This rush of warm oxygenated blood into the animal’s cold, torpid heart, is very similar to what happens to a human after reperfusion following a heart attack.

“For humans, that reperfusion event is actually quite damaging because the sudden restoration of warm blood flow to the heart causes cell damage,” says Zehnder. “But these animals do this 25 times over the course of this hibernation cycle. And yet, if you look at their hearts at the end of that hibernation season, they look normal.”

Interestingly, it turns out that these “heart attacks” are actually causing some damage, but the animals are able to repair themselves by the end of the hibernation season. So Fauna looked at the genes implicated in repairing the hearts of these animals, confirmed this was replicated in other species and sought to develop an intervention.

“We ended up with a small peptide from a gene that was highly expressed at these time points, a small molecule that we found by matching gene expression signatures,” says Zehnder. “And then we found four wholly novel genetic targets, and showed in rodent studies that we’re almost able to fully protect those hearts against heart attack.

“So we were able to go directly from the hibernation data, predict molecules and genetic targets, and then validate those in a surgical model of the same disease.”

Fauna has also conducted similar work based on hibernating animals’ neuroprotective qualities (they reverse signs of neurodegeneration every couple of weeks during hibernation) and muscle mass preservation (they retain all their muscle and bone mass, even though they’re essentially motionless for seven months out of the year).

Fauna raised $4.1 million in seed funding in 2019, and company is now in the process of closing a funding round to expand its platform into other areas – potentially including gastrointestinal, liver, and additional neurological diseases.

“Our initial seed round funding was to show that we can take animal genomic data and predict drugs and targets that actually work,” says Zehnder. “We started a company to find out if that actually worked or not. And it does work. But now we want to show that this is a repeatable, scalable platform that can go into many disease areas.”