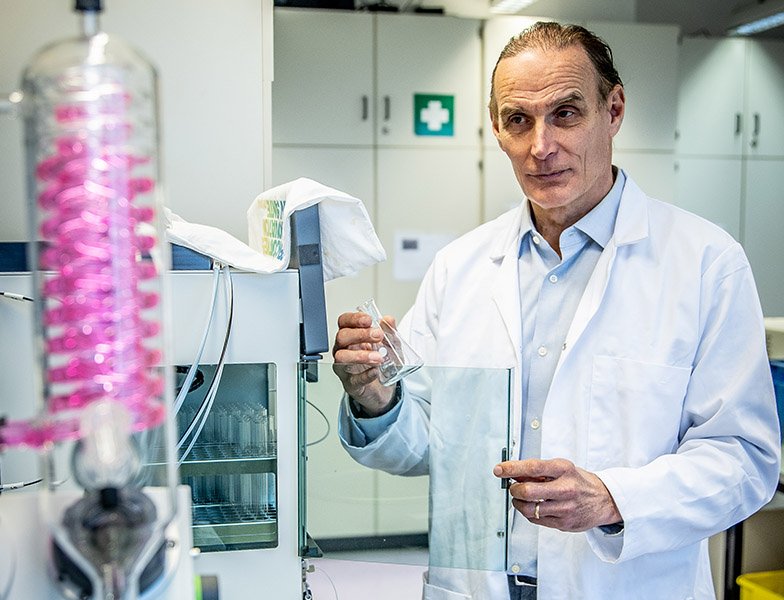 Genflow developing SIRT6 gene therapy “out of frustration with the nine hallmarks of aging”.

British biotech startup Genflow Biosciences is on a mission to develop gene therapies designed to halt or slow the aging process. Backed by investors including Jim Mellon and Longevitytech.fund, the company is developing of therapies that deliver a variant of the sirtuin 6 (SIRT6) gene found in centenarians. Genflow already has a pipeline of compounds for human indications including idiopathic pulmonary fibrosis (IPF) and Werner’s syndrome, as well as for targeting aging in dogs.

Longevity.Technology: The SIRT6 gene is a big deal in aging – especially since researchers at Bar-Ilan University recently found that expressing it extended lifespan in mice by an average of 30%. We caught up with Genflow founder and CEO, Dr Eric Leire to find our more about the company’s approach to targeting this exciting gene.

Biotech and pharma industry veteran Leire says that he created Genflow partly out of frustration with the concept of the nine hallmarks of aging. “It’s a fantastic tool but, it boxes companies into a senescence company, a mitochondria company, or a stem cell company,” he explains. “We now agree in the longevity community that aging is a multifactorial problem, and if you only address a ninth of the problem, it’s very unlikely that you will have a huge impact in terms of a solution. So we wanted to have something that was acting as upstream as possible in the longevity process. And SIRT6 was a great opportunity for us.”

Key to Genflow’s approach is a collaboration with University of Rochester professor Vera Gorbunova – a member of the company’s scientific advisory board, and well known for her research into SIRT6.

“In 2019, Vera published a paper that showed, in rodents, you could have a very good correlation between lifespan and the quality of SIRT6,” says Leire. “She found she could increase or decrease the lifespan of rodents based on the variant of SIRT6 that she was providing.”

This led Leire to wonder whether it was possible to find a “better” SIRT6 than the one that already exists in humans.

“We discovered that it was possible, thanks to the discovery of a variant of SIRT6 only found in centenarians,” he says. “So we decided to create a company that will deliver this SIRT6 variant in order to prevent the accelerated aging process.”

Leire says that, while SIRT6 is one of many genes that repair our DNA, from a therapeutic perspective it’s more interesting than others because DNA repair seems to be its only function.

“So many genes are involved in DNA maintenance, FOXO3 for example, which is very interesting, but it cannot be a therapeutic target because it will trigger a lot of other things,” he explains. “SIRT6 is coding for only one protein and, because it’s a small protein, the cargo size is not too big and it can be easily delivered into cells, so it’s possible to use it as a gene therapy target.”

Some of the other factors that play in Genflow’s favour, says Leire, are that the world has reached a better understanding of the biology of aging, but also that gene therapy has also progressed well over the years.

“Ten years ago, gene therapy was a bad word associated with high cost and high toxicity – a dangerous last resort therapy,” he says, pointing to the progress in adeno-associated viruses to enable delivery of gene therapies. “Now you see progress in AAVs every week.

Today we have AAVs that are almost invisible to the immune system, they are non-integrating, their cost has decreased substantially, and there’s now more than 40 companies developing clinical trials with AAVs. So, it’s now possible to have an ethical, patient friendly and cost-effective intervention at the genetic level.”

In addition to IV infusions, Genflow is also exploring other delivery options such as topical skin applications.

“Many patients have a lot of comorbidities and take a lot of medications, so an IV infusion could be problematic,” says Leire. “So we are developing an AAV-based gene therapy with topical administration – a skin cream. If you said 10 years ago that a gene therapy would be delivered as a cream, it would have seemed like science fiction, but now it’s been done – there are already two groups who have infected skin fibroblasts with AAVs with great success.”

While progeria, Werner’s syndrome and other indications are in the company’s pipeline for eventual human trials, Leire says that Genflow is really only thinking about targeting aging.
“One of the differences between us and other longevity companies is that we are fully dedicating to longevity,” he says. “Yes, we will have a trial in Werner’s syndrome, but we consider that a door opener to having a true aging indication. At one point, we know that the regulatory agencies will change their mindset on this – we see an evolution – and we want to be positioned to be to take advantage of that.”

Leire expects Genflow’s preclinical work to continue over the next 12–18 months or so, with the goal to be ready for its first IND-enabling studies in around that timeframe.