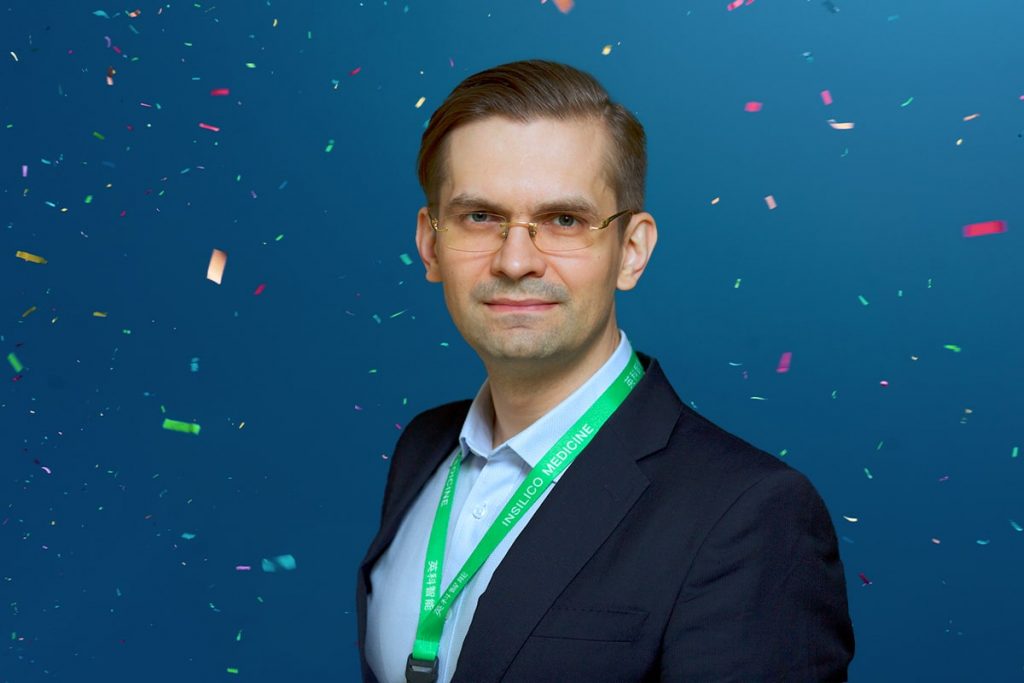 Longevity.Technology: By focusing on aging research and looking for a target out of its AI engine (built from deep neural networks trained to predict age and then re-trained to predict chronic diseases), Insilico was able to identify the novel target implicated in aging and fibrosis. This potentially first-in-class small molecule inhibitor is being developed for the treatment of idiopathic pulmonary fibrosis (IPF), a chronic lung disease which results in progressive and irreversible decline in lung function, but this target has also been shown to work in other chronic fibrotic diseases, such as in the kidney [1].

“It is a great pleasure to see our AI-discovered novel molecule with a novel mechanism enter the Phase I clinical trial,” said Feng Ren, PhD, Chief Science Officer of Insilico Medicine. “We are committed to taking advantage of AI-driven drug discovery to rapidly advance the development of innovative therapeutics for unmet medical needs, especially in the areas of fibrosis, oncology, immunology, and neurology, and initiating this phase I study demonstrates the power of our AI platform in achieving that.”

In order to better understand compound distribution, establish a dose and provide insights into ISM001-055’s safety profile in humans, Insilico initiated an exploratory microdose trial of ISM001-055 in November 2021, which was conducted in Australia and included eight healthy volunteers. The results identified a microdose of ISM001-055 with a favourable pharmacokinetics and safety profile.

“There are groups who try to do target discovery and groups who do chemistry, but Insilico goes end-to-end,” said Michael Levitt, 2013 Nobel Laureate in Chemistry and member of Insilico’s Scientific Advisory Board. “The best way to validate the performance of an AI system is to conduct comprehensive testing with novel targets and novel molecules.

Human safety testing is crucial. I am delighted that Insilico’s AI-powered, end-to-end anti-fibrotic program just passed microdose study in humans and has entered Phase I.”

ISM001-055 is a small molecule inhibitor against a novel target discovered by target identification engine PandaOmics, and with a molecule structure designed by small molecule generation engine Chemistry42. The mechanism of action for the target is also relatively novel in fibrosis therapy. Both PandaOmics and Chemistry42 are parts of Pharma.AI, Insilico’s end-to-end AI-driven drug discovery and development platform.

“This was the guiding principle for our anti-fibrotic program starting with identifying targets that may play a role in both aging and disease. It gives me great pleasure to announce that we have completed our first human in Phase 0 clinical trial and entered the full Phase I clinical trial with a once-a-day oral dose of our ISM001-055 anti-fibrotic where the target was identified using AI and the molecule was designed using AI, meaning it is AI-discovered and AI-designed.”