Lifestyle > NutritionDoctor explains coffee can reduce risk of dementia by 65% 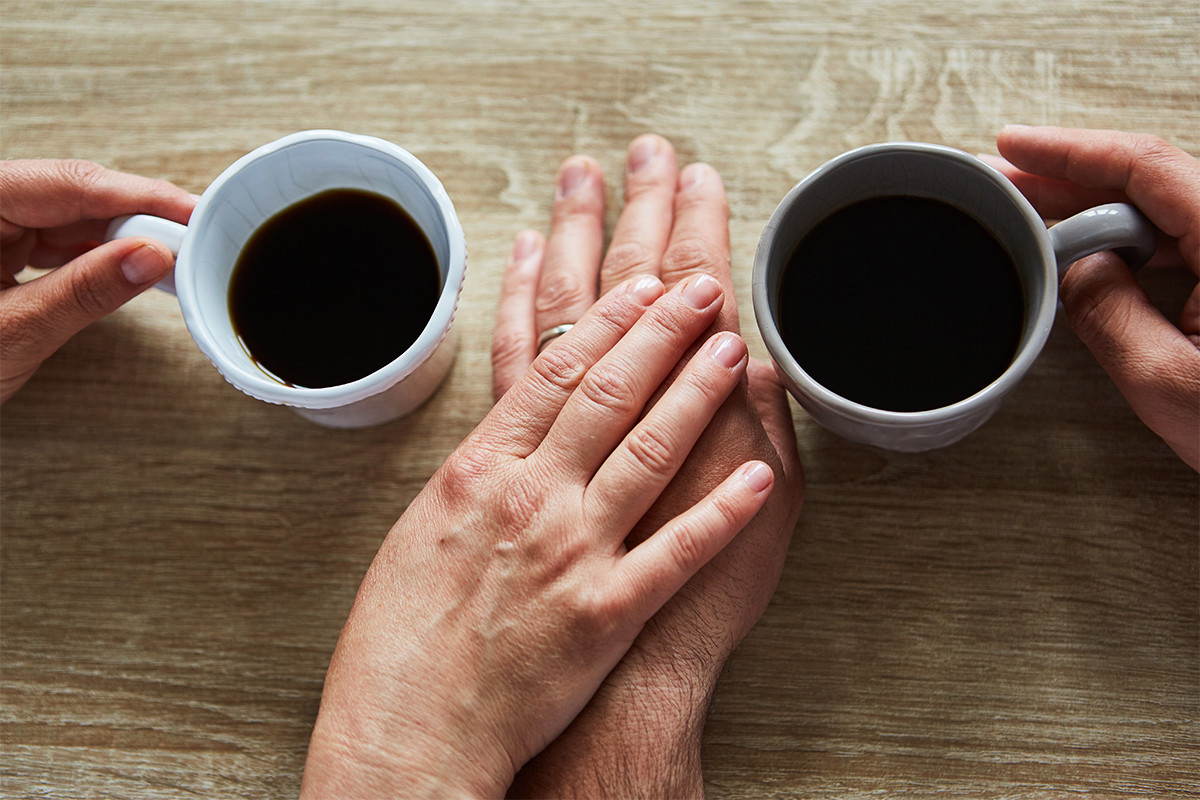 If you favour coffee instead of tea, you might be doing your brain a huge favour, as research suggests it could protect it from dementia.

Dementia defines as a damaging set of symptoms associated with brain decline. While some risk elements like age are definite, you’re not fully at the mercy of the mind-robbing condition. With that, a doctor stakes that something as familiar as coffee could cut your risk.

Coffee is currently one of the most popular beverages now. Regardless if you begin your day with a cup of black or whip up the magical perk-me-up drink later to defeat the afternoon slump.

Coffee and how it counters dementia

Known by its rich taste, a cup of coffee can provide more than an energy boost. The hot drink could decrease dementia risk by a whopping 65 per cent, according to Dr Deborah Lee from Dr Fox Online Pharmacy [1].

The doctor explained that The Finnish Cardiovascular Risk Factors, Ageing and Dementia (CAIDE) study makes a strong case for including the drink in your menu [2]. Created to look into risk factors that could ward off dementia in 1998, the CAIDE study documented in 2010 that drinking around two to three cups of coffee daily could guard your brain.

According to Dr Lee, the study investigators proposed that this effect may be because caffeine is a potent antioxidant. Brain neurons are especially vulnerable to oxidative stress, which causes neuroinflammation. In turn, this process results in disrupted DNA repair mechanisms, nerve cell damage and self-destruction of mitochondria.

In addition, from vitamin B3, produced during the roasting process, to chlorogenic acids, coffee ingredients play diverse roles in brain health as well as the management of blood sugars. While this research shows promising results, other studies suggest different outcomes.

Latest research on coffee and dementia

A study from Tianjin Medical University observed healthy people within the age range of 50 to 74. The participants who consumed around two to three cups of coffee or three to five cups of tea daily – or a combo of four to six cups of both a day, had the lowest incidence of dementia and stroke among 365,682 study participants [3].

Researchers observed people from the UK Biobank registered between 2006 and 2010 and observed until 2020. Subjects self-reported their coffee and tea intake.

Those who drank higher quantities of coffee or tea had a 32 per cent decreased risk of stroke and a 28 per cent lower risk of dementia than those who drank neither. The study also found that coffee alone or in combination with tea connects to a lower risk of post-stroke dementia.

The health advantages of coffee and tea go past the apparent caffeine connection. While caffeine is a common denominator, coffee and tea are derived from plants with many potentially beneficial chemical compounds. These powerful antioxidants, according to Dr Scott Kaiser, Geriatric Cognitive Health director for the Pacific Neuroscience Institute at Providence Saint John’s Health Center, Santa Monica, California.

A significant and growing body of research shows the brain health benefits of certain foods, specifically those rich in antioxidants and other “neuroprotective” compounds. For instance, in some studies, higher levels of flavonoid consumption have been linked with a lower risk of developing Alzheimer’s disease [4].

These phytonutrients, chemicals that plants produce to keep themselves healthy, can protect brain cells from injury, decrease inflammation in our brains, support learning and memory and deliver other prominent benefits for brain health. When it comes to great sources of flavonoids, coffee and tea are right up there on the list.

The study’s authors say the UK Biobank data is based on healthiers sample of people when compared with the general population, which could limit the ability to generalise the associations between coffee and tea and their possible benefits. In addition, relatively few people in the sample experienced stroke or dementia, which they admit could make it challenging to extrapolate rates accurately to larger populations.

However, the findings suggested that average consumption of coffee and tea, separately or in combination, was linked with a lower risk of stroke and dementia.

Don’t guzzle all that coffee just yet

Before rushing to your coffee machine, note that the CAIDE study is observational, indicating it is documenting observations on a population and cannot establish causation. It’s also crucial to highlight that other studies have had conflicting outcomes.

Worse, there’s also research implying that having too much black drink could increase your risk of the mind-robbing condition.

Excessive coffee consumption may raise dementia risk, among others

A study reported in the journal Nutritional Neuroscience connected heavy coffee drinkers to a 53 per cent higher risk of dementia [5].

However, this research doesn’t suggest that you should give up your daily cup altogether.

According to Michelle Rauch, a registered dietician for the Actor’s Fund Home in Englewood, New Jersey, coffee has been connected with other health benefits, such as the reduced risk of type 2 diabetes, cardiovascular disease, Parkinson’s disease, certain cancers, and cirrhosis. Nonetheless, there’s also a downside.

Rauch said there are some cons to consuming coffee and tea when done excessively. Tea and coffee contain tannins, which can hinder iron absorption if taken in excess. These tannins can also induce staining to teeth when they build up on the enamel.

Also, the caffeine and what people add to their drinks can be tricky. For example, as with coffee, the caffeine in tea can cause an issue as well if taken in excess leading to anxiety, restlessness, shakiness, rapid heart rate and insomnia.

This is because the catechins in tea may meddle with some blood pressure and heart meds. The health advantages from coffee and tea may be negated if sweeteners like sugar, honey, cream, and other fat-laden or caloric ingredients are added.

How much coffee is enough?

Experts say the study proves what seems to be the appropriate amount of coffee and tea consumed per day. As with anything in life, it’s all about balance, according to Nancy Belcher, co-founder and chief executive officer of Winona, an antiaging wellness centre .

Drinking three to five cups daily hits the spot of providing health benefits minus the adverse side effects. Belcher added that the jury is still out on this matter.

It’s always best to speak with your doctor, nutritionist, or other healthcare professional to gauge all the benefits and risks and determine what is best for you.

Most importantly, this study supports the notion that it’s never too early to consider our brain health. It’s inspiring to think that consuming coffee and tea, something so many of us enjoy, may help lower our risk of developing strokes or dementia [6].

Dr Lee added that if you want to consume coffee, do it in moderation, as excessive caffeine has adverse health consequences. The maximum safe everyday intake of coffee is 400 mg a day [7]. 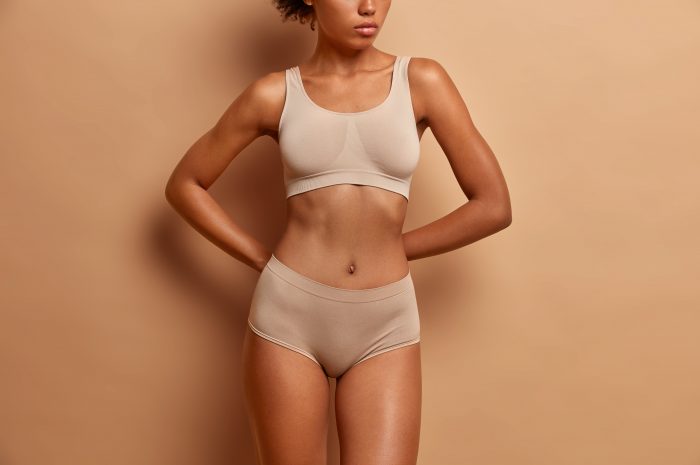 6 worst foods for gut health, according to dietitians 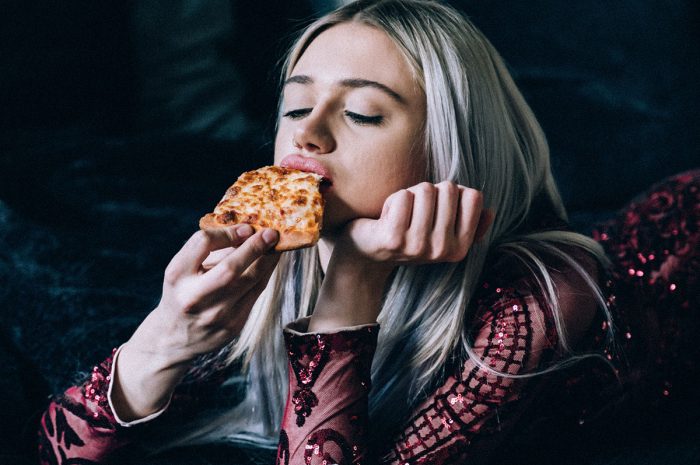 Over-eating? Beat the bloat by doing these steps! 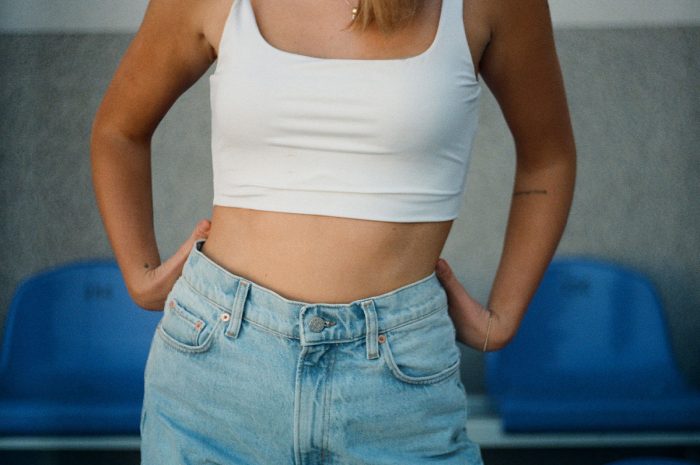 7 foods that can boost your gut microbiome 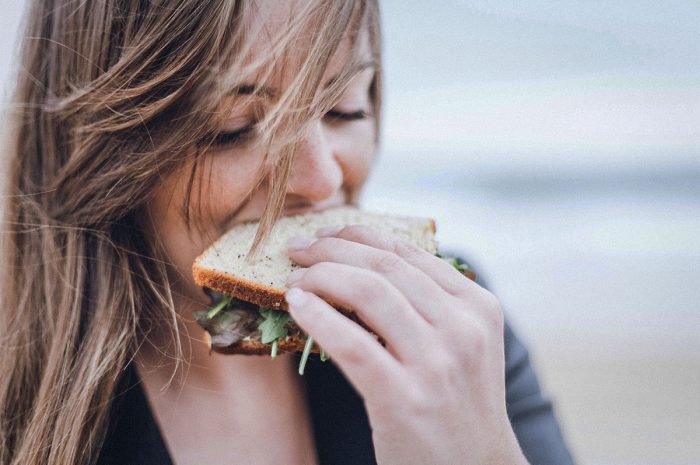 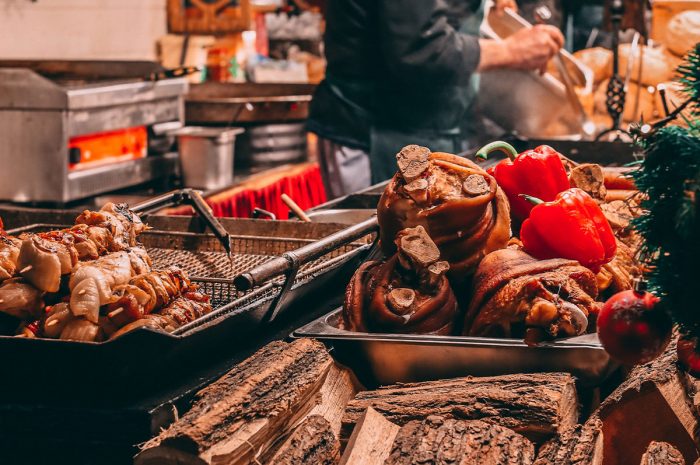 5 winter foods that can help you shed that belly fat 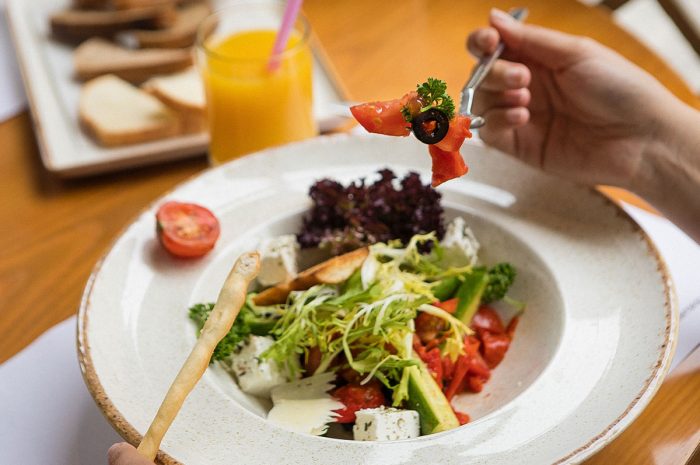 What are the benefits of a vegan diet for heart health? 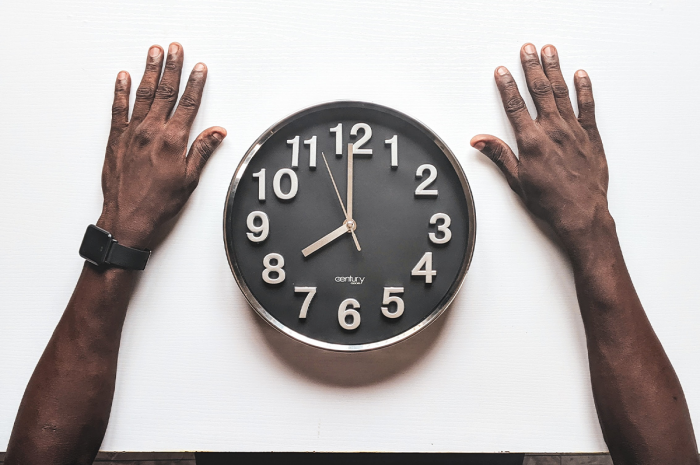 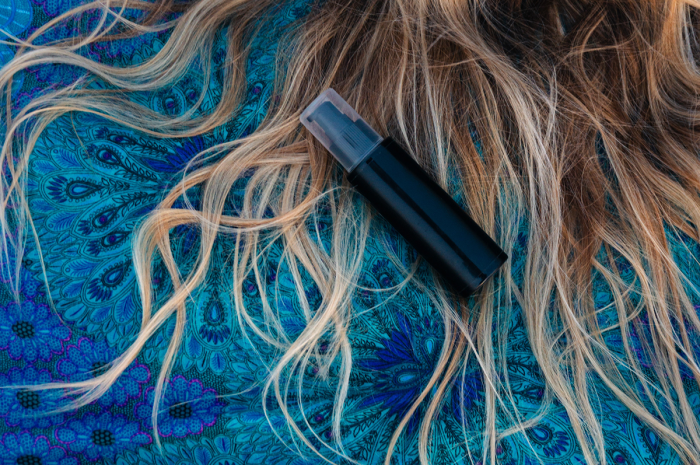 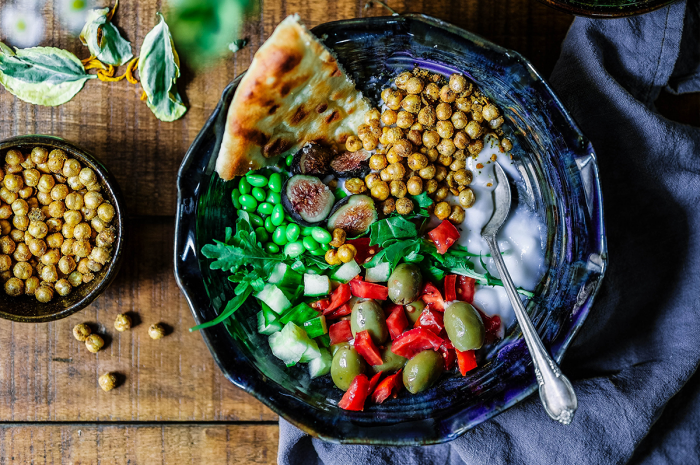 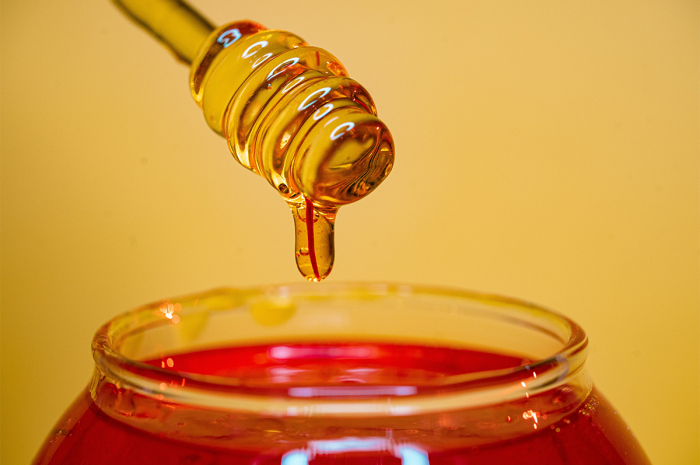 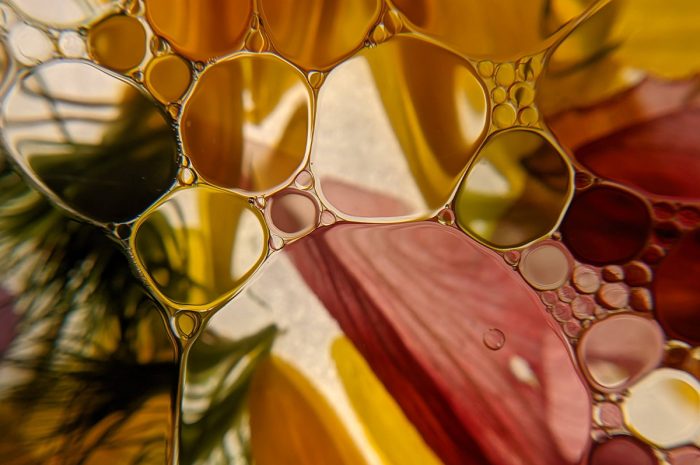 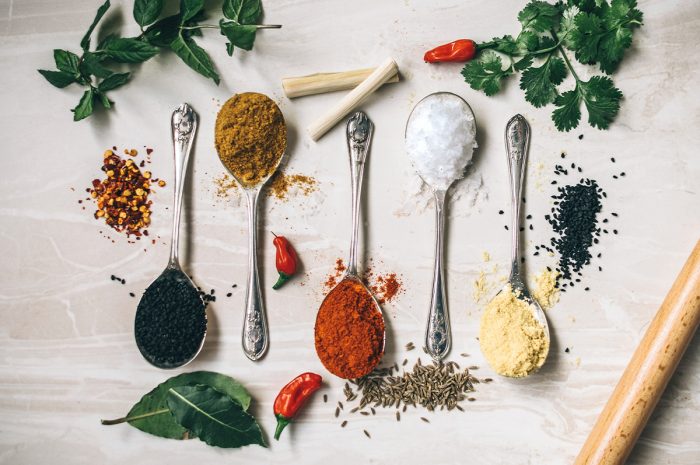 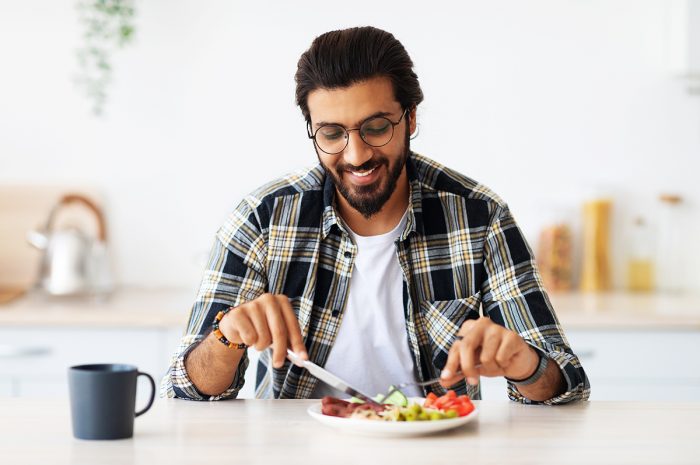 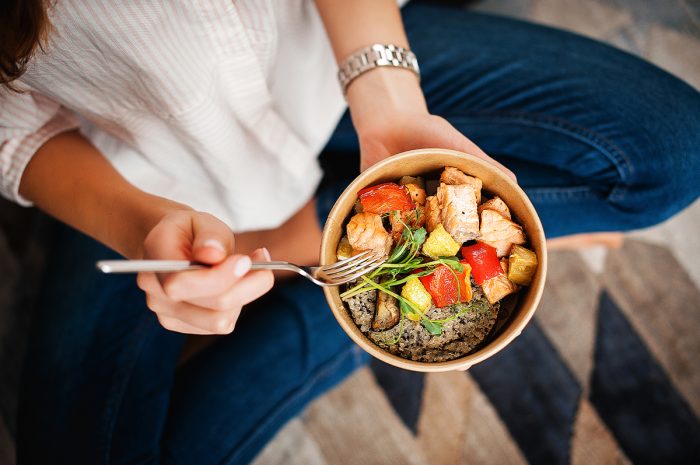 A beginner’s guide to volume eating: what is it and how it helps in weight loss? 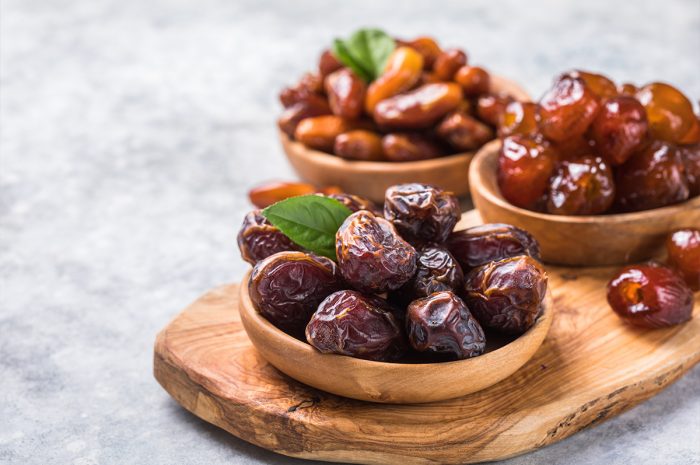 5 health benefits of dates you didn’t know about 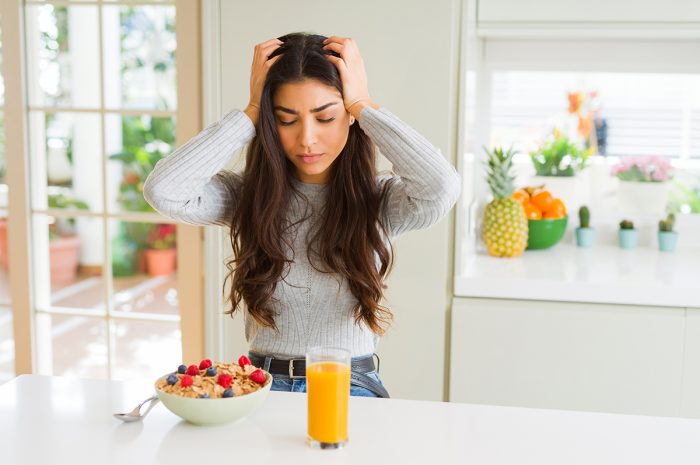 New study shows your eating habits might lead to migraines