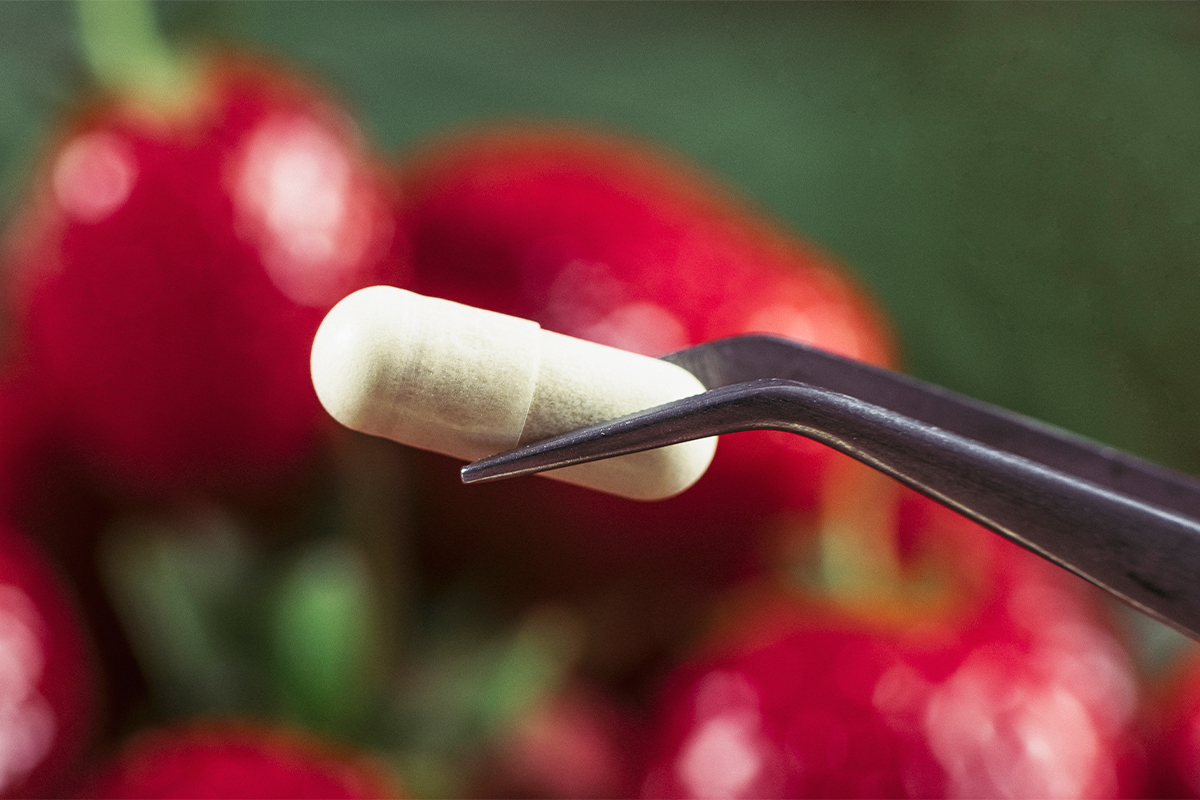 Many research studies on longevity and antiaging have included fisetin as a potential substance from plants to prolong lifespan. Fisetin can potentially increase lifespan by 10 percent by reversing aging’s natural process and preventing diseases related to aging.

Fisetin, as it comes from plants, can be consumed through common fruits and vegetables around. However, the amount of it differs from one substance to another.

There are recent clinical studies conducted about the effects of fisetin in improving longevity when consumed, but the majority of these are concentrated on animal trials.

Moreover, the results of the studies on animals shown are promising. Could this really be the key to healthy and vital longevity?

Fisetin as a flavonoid

As mentioned above, fisetin can be naturally found in fruits and vegetables as it is a flavonoid under its subclass flavonol, especially in strawberries, apples, persimmons, grapes and onions [1]. Flavonoid is a substance that generally provides plants and fruits bright colours and plays a primary role in giving us health benefits from eating fruits and vegetables. Hence, fisetin’s benefits may overlap with some other flavonoids, like green tea catechins and quercetin.

Furthermore, fisetin is a bioactive flavonol molecule that functions in your body by scavenging free radicals and fighting oxidative stress, which refers to the buildup of inflammatory and reactive compounds that damage cells and DNA. If not prevented, oxidative stress can lead to fatal diseases.

In a study conducted on rodents, the researchers found out that fisetin can increase their lifespan by 10 percent. The clinical trial revolves around consistently feeding rodents with fisetin for a certain period of time.

Fisetin reverses aging through specific mechanisms, most notably its function as senolytic. They claim that the 10 percent additional lifespan of rodents can be equivalent to 75 human years.

How does fisetin potentially prolong longevity?

With the consistent clinical trials on animals and some in humans, different scientists have come up with significant fisetin mechanisms in potentially prolonging longevity. The most prominent ones are the following:

Scientists are on the move to discover the ultimate key to anti-aging through senolytics. Among the results of clinical studies, fisetin’s function as the most potent senolytic is notably the most impressive one.

In one study, fisetin is found to be the most effective senolytic compound among any other flavonoids. It can reduce and eradicate the accumulation of senescent cells that your body builds up over time as you age [2].

Technically, the senescent cells are your healthy cells that have turned into damaged ones, whether they have become dysfunctional or are old. Your body’s damaged cells normally die off, so they can free up space for the new cells – however, senescent cells do not. Hence, senescent cells are also called zombie cells as they still linger around your body even without a healthy function.

Another negative effect of senescent cells in your body is they can also damage stem cells which refer to your body’s foundational cells. Stem cells basically produce new cells, and their main function is to build up and heal your organs and tissues. With damaged stem cells, your body is susceptible to fatal diseases, most notably cancer.

When you reduce senescent cells, you are also lowering your risk of low-grade inflammation, which increases during aging. Plus, lowered senescent cell numbers can also enhance your stem cells’ function [3], and fisetin can be your powerful senolytic substance to aid with it.

Experiments in mice have shown dramatic results about fisetin. Mice that were given fisetin in a certain period of time lived an average of about 2.5 months longer, an almost 10 percent extension of their lifespan, compared with those who did not. Scientists believe that when the same clinical conditions are conducted with humans, this can result in 75 years of age.

Another clinical trial by Mayo Clinic has begun in regard to fisetin’s ability to reduce cell burden in aging humans. Among the ten flavonoids tested in the laboratory, fisetin has shown to be the most effective in killing senescent cells though acting out as a senolytic. Acute or intermittent treatment of progeroid and old mice that consumed fisetin significantly lessened senescence markers in multiple tissues; this is apparent with a hit-and-run senolytic mechanism.

Researchers have proved that fisetin can potentially extend the median and maximum lifespan in mice, even when they start taking it later in their life, which is equivalent to 50 or 60 years old for humans [4].

Another interesting thing about fisetin is that it can reduce the impact of aging in mice cognitively. A study has observed that old mice become better at navigating a maze and recognising objects when given fisetin.

This means that old mice have improved their cognition and memory [5]. Additionally, the old mice become almost as good as the young mice in object recognition and navigating a maze.

Moreover, fisetin inhibits the mTOR pathway, which is essential in aging. A study proved that fisetin could activate signalling pathways for neurotrophic factors and to improve long-term memory formation in mice.

Fisetin can extend your lifespan by inhibiting the mTOR pathway, which regulates gene transcription and protein synthesis to manage cell proliferation and also immune cell differentiation. In addition, clinical trials in animals suggest that when fisetin is administered later in life, it can potentially restore tissue homeostasis, lower aging-related pathology and, in short, extend lifespan.

Furthermore, in an animal model of early-onset Alzheimer’s disease, fisetin is suggested to have the ability to prevent the development of cognitive and memory impairments. It can be due to decreased markers of oxidative stress in brain tissue and levels of proteins which can cause neuroinflammation and neurodegeneration [6].

Fisetin can also be a beneficial modulator of a few key pathways related to cognitive decline and other dysfunctions that come from aging. Patients with related brain problems may receive supplementation and dietary sources of fisetin. Adding fisetin to patients’ overall health plan can significantly prevent or mitigate age-related dysfunction and promote a healthy life span.

When you age, your skin appearance also drastically changes and yes, fisetin can also help in improving it as part of its ability to improve your longevity.

Generally, fisetin can help by reducing the formation of skin wrinkles and enhancing skin layers. This can happen by decreasing the number of matrix metalloproteinases (MMPs) [7], which are basically enzymes that break down the extracellular matrix surrounding your cells.

The so-called extracellular matrix encompasses collagen, elastin, hyaluronic acid, glycosaminoglycans (GAGs) and many other molecules that bind cells; hence, they can firm tissues like the skin and organs. Moreover, too many matrix metalloproteinases may lead to wrinkle formation.

Cancer has been the number one killer for the majority of aging adults. Fisetin can help you prevent cancer.

In relation to fisetin’s function as a senolytic, it is also promising in suppressing cancer cell stages, preventing progression in cell cycles and cell growth [8] and inducing a program for cell death or apoptosis.

Surprisingly, fisetin can prevent cancer and limit the growth and spread of existing tumours. It can induce apoptosis, or programmed cell death, in cancer, which can aid in the removal of tumour cells. Additionally, as fisetin is also an anti-inflammatory, it can decrease compounds that add to chronic inflammation and cancer progression.

Fisetin can be a phytoconstituent for osteoporosis

Fragile bones are also one indication of aging. Fisetin can be a beneficial phytoconstituent for combating osteoporosis. Osteoporosis refers to a bone-related disease that is characterised by bone loss. This bone loss can further increase the susceptibility to bone fractures and bone frailty due to disturbances in the microarchitecture of bone tissue.

Basically, osteoblasts refer to your bone-forming cells, and osteoclasts break down bone cells. These two types of cells are dependent on each other to function correctly, they are involved in the production and processes of bone health. When you have osteoporosis, your osteoclasts are more active than the osteoblasts, causing you to lose net bones. Fisetin is shown to stimulate the work of osteoblasts while blocking the activity of osteoclasts when studied in rats [9].

There are more research and clinical studies about fisetin to watch out for. However, fisetin has shown promising results so far in lengthening lifespan by improving health and reversing aging. Fisetin’s main function in eradicating the senescent cells – the ultimate factor as to why our bodies age – can potentially improve longevity. 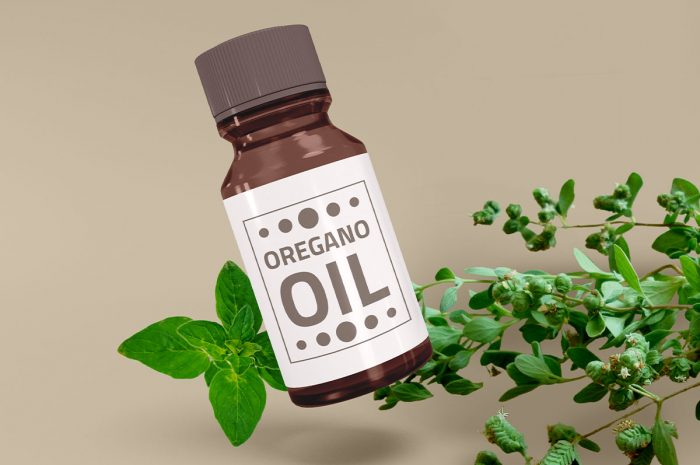 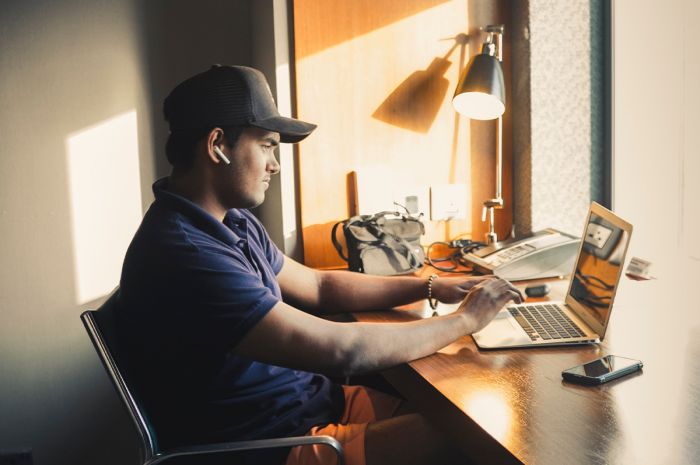 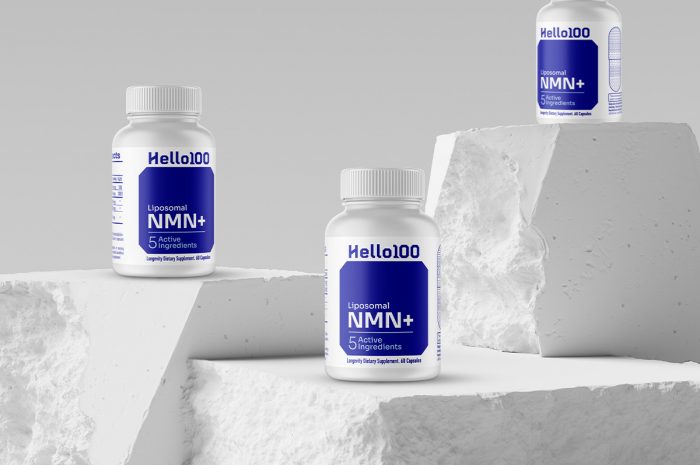 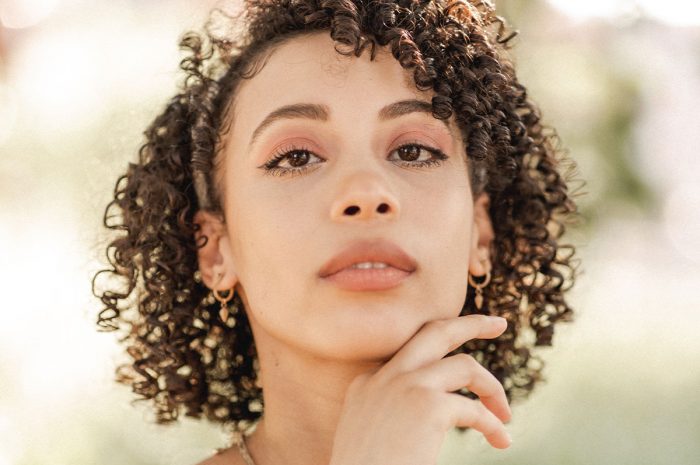 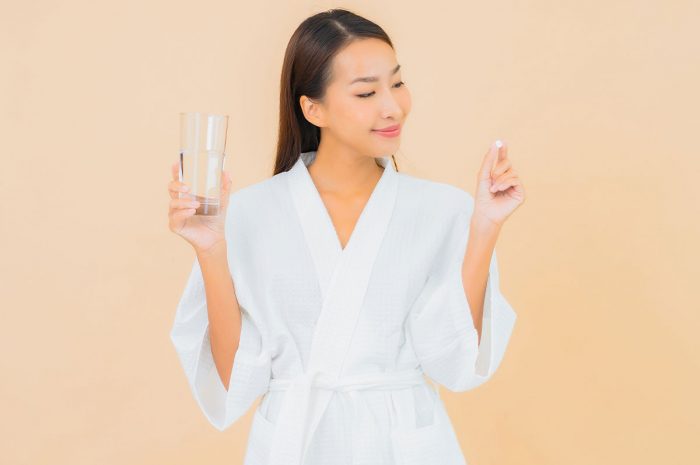 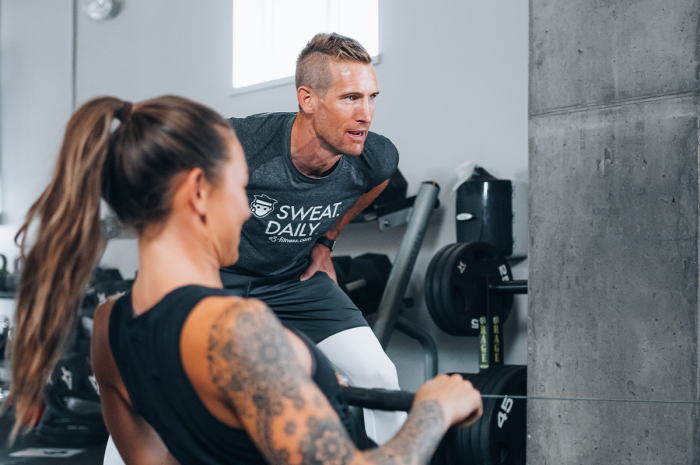 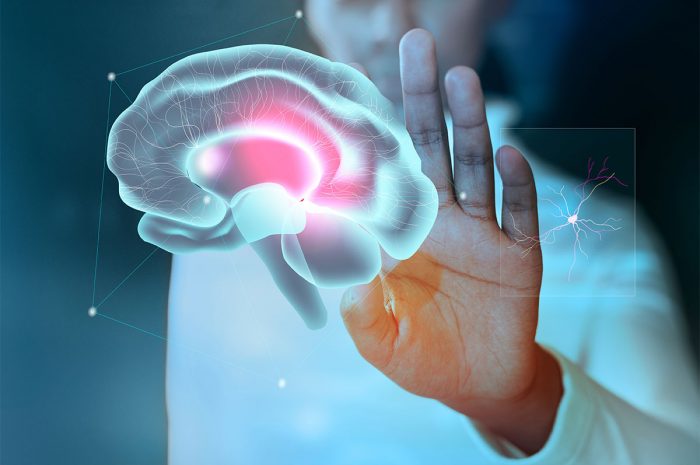 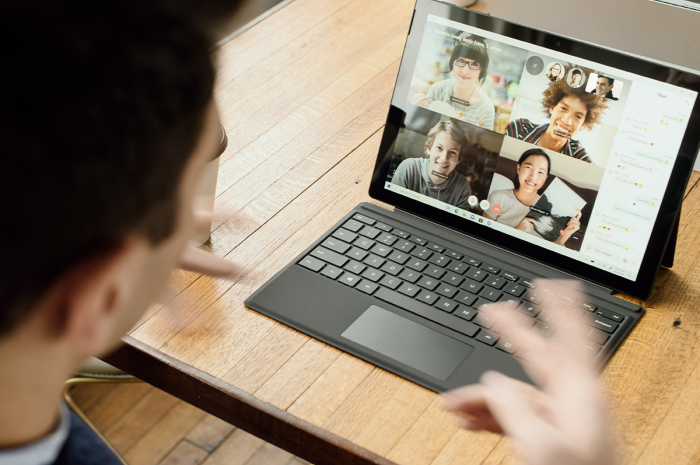 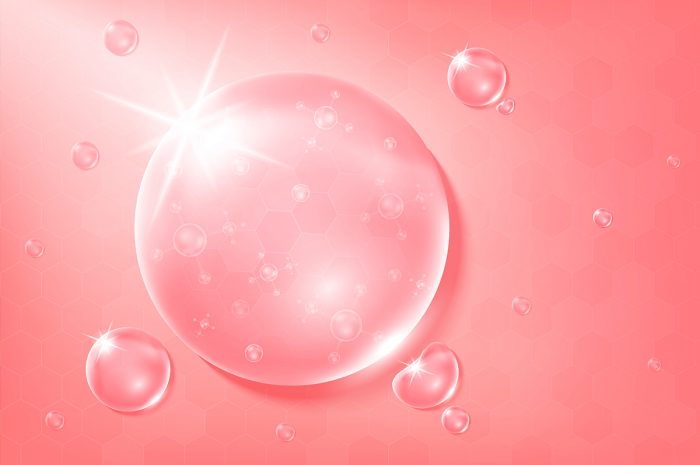 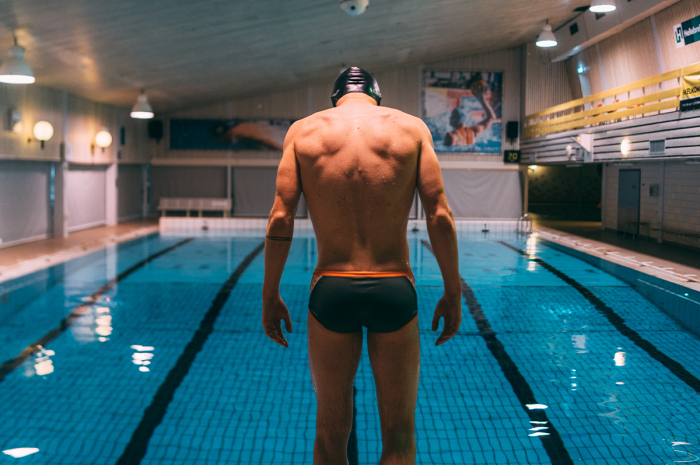 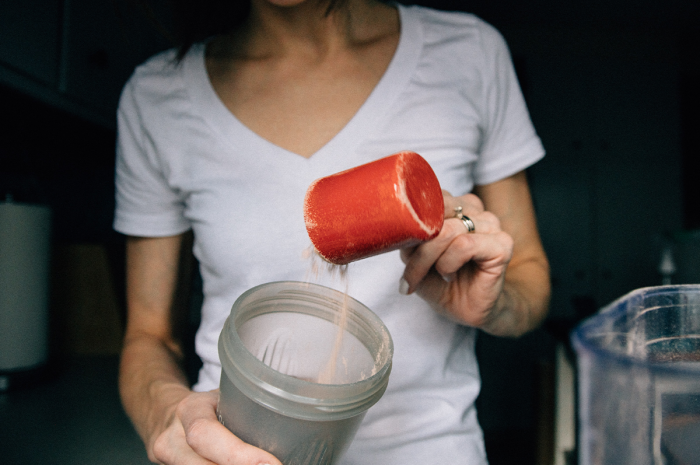 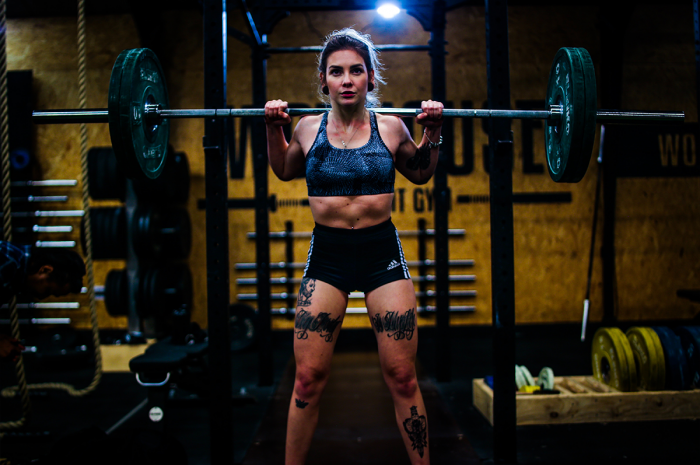 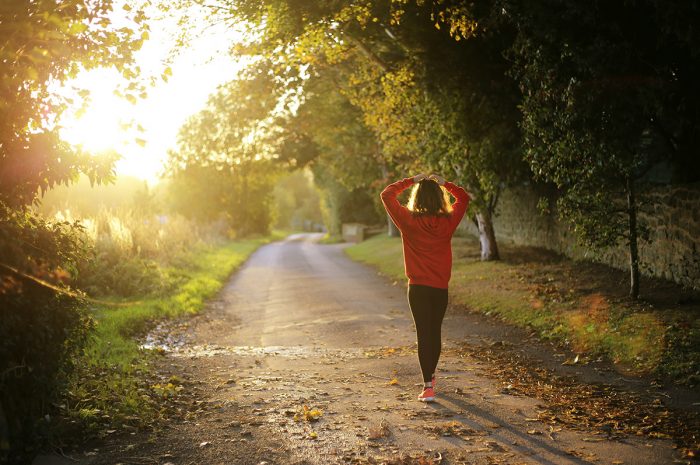 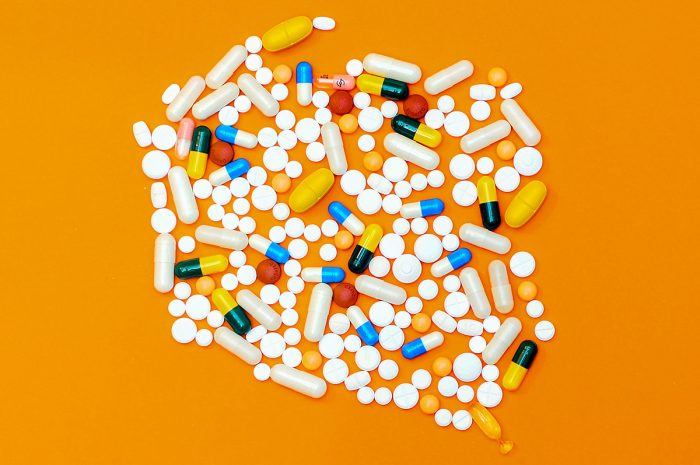 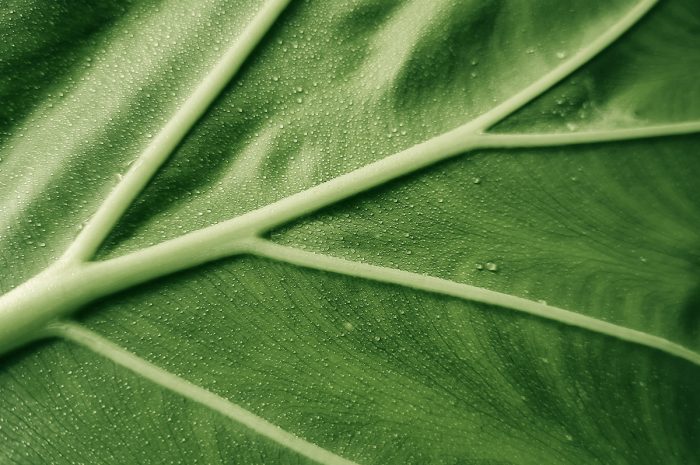 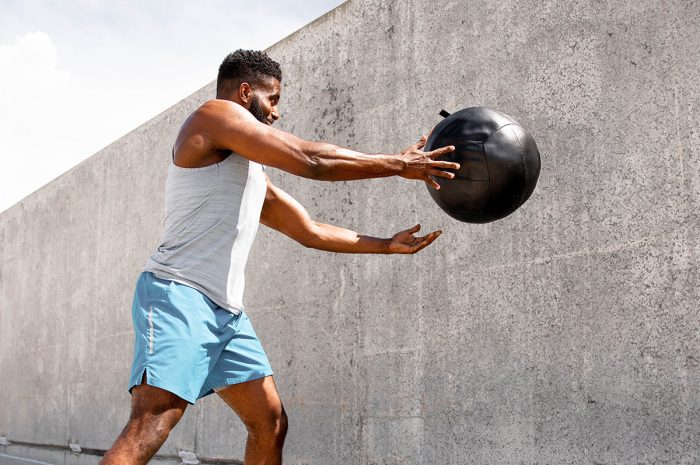