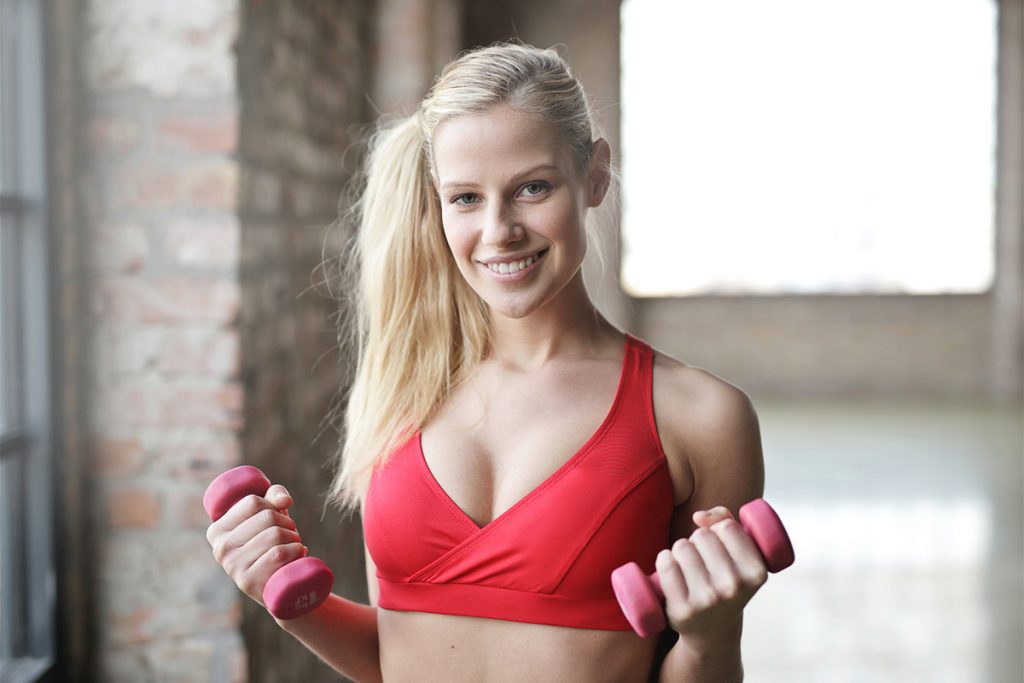 With summer on the way, more and more people are Googling ‘how to lose weight fast’. The need to get beach ready in just a couple of months puts high speed diets into focus. While the benefit of weight loss to health and longevity speaks for itself. However, as a look at the stats confirms, most of us aren’t getting it right. Most diets fail and many people end up putting more weight back on than they lost. Being successful relies on discipline, focus and a little bit of science. Understanding how the body stores and burns fat can help you identify the best diets and exercise plans to burn off fat as quickly as possible.

On a very simple basis, weight gain is easy to explain. If you eat more calories in a day than you burn off, your body will store those excess calories as fat with a rather predictable impact on your waistline.

If you start burning off more calories than you consume, your body will reduce fat storage and you will lose weight. The problem is in practice things aren’t quite so simple. We all know people who can eat like a pig and never gain weight. Equally, we all know people who spend their life dieting and exercising but never get the results they are hoping for.

The difference between the two lies partly in genes, partly our biological systems and partly the way the body behaves. Different foods, for example, will store energy differently while various exercise regimes will have a range of effects on the body.

Unfortunately, in some cases the body will actively fight weight loss. If you start restricting your calorie intake or boosting your exercise, your body actively works to slow down the rate at which you lose fat.

This is because we have evolved as animals to store fat. On a biological level, our bodies are still in hunter/gatherer mode. They are worried about how we might survive a harsh winter or what happens if food supplies run out. It is operating on a just in case basis and assumes having more fat puts you in a better position. So, when you pull back the calories and up your exercise, your metabolic system will slow down in order to hold onto those fat reserves for longer.

At the same time, your hormones will trigger a desire to eat more. The culprits in this case are hormones called leptin and ghrelin. Fat cells release leptin hormones which signal to your body that you’re full. As you lose weight and your fat cells shrink, they produce less of this hormone which means you feel less full. Ghrelin, meanwhile, is produced by your stomach telling your brain it’s time to eat. When you exercise or fast, it produces more of this hormone which makes you want to eat more.

Other factors which can help or hinder your progress can be your genes. How they work is not entirely clear, but genes have been linked to obstructing weight loss, just as they have also been linked to reducing weight gain.

Another unknown factor will be your body’s favourite weight. According to some scientists, your body has a set level at which it likes to be. For some this will be higher than others. Whatever you’re doing at any one time, it will adjust its metabolic functions to try and take you towards that weight.

All of this explains why most diets fail in the long run. People can feel like they are working hard and doing the right things, but they are not seeing the results when they step on the scales or look in the mirror. Meanwhile, their body is actively fighting against their efforts giving them all the signals to start eating again.

You’ll end up choosing between a fairly limited set of food stuffs such as eggs, certain meats and lots and lots of vegetables. For example, you might start the day with some protein, such as eggs, which gives you energy and helps your body feel full. Lunch could include a tuna salad while dinner could involve a mushroom omelette and lots more green vegetables.

This type of diet is suggested for rapid weight loss and promises results within around six to eight weeks. Its goal is to reduce the amount of insulin your body produces. Insulin levels will rise if you eat sugars and the wrong type of carbohydrates. That’s a problem because insulin stores these as fat.

Many of the people who favour this type of approach recommend including a cheat day when you can eat pretty much anything you like. For starters this gives you something to look forward to, but it is also intended to stop your body from slowing down its metabolism in response to the additional exercise you’re doing.

However, there is no evidence to support this, and it does come with a risk. Maintaining this diet takes discipline and organisation. Each meal contains slightly different combinations of the same foods. If you break it for one day, there is every chance you’ll start to break it for the rest.

Reducing sugars and refined carbohydrates, though, gives you a good start and can be combined with a number of other measures for a sustainable diet which will encourage more weight loss.

Getting the most from exercise

The other main pillar of losing weight is exercise. Once again this is an area in which many people are putting a huge amount of effort but seeing relatively little gain due to the type of exercise they are doing. While all activity will be beneficial, some will be better tailored to your main goal of losing weight.

Here are some of the most effective:

Walking: A study from Harvard Health found that a 155 pound man would burn on average 167 calories in a 30 minute walk. Walking is a great option, especially for beginners. It is low intensity, does not have much of an impact on your joints and can be particularly useful at burning belly fat – which will do wonders for your waistline and reduce your risk of conditions such as diabetes.

Jogging or running: Dialling up the activity a notch, going for a jog has also been shown to burn visceral fat. If you’re worried about the impact, it might have on your joints you could try running on grass or keeping the exercise light. According to the American Council on Exercise, a runner who weighs 180 pounds can burn 170 calories when running for 10 minutes. If you gradually crank that up to 40 minutes, you’ll be burning 500 calories.

Cycling: Riding a bike is one of the most effective calorie burning tools. How many calories you burn will depend on the speed you ride and your weight. Estimates range from 500 calories per hour if you’re riding at an average of 13mph to as much as 1,000 calories if you’re averaging 18mph.

Swimming: Not only is it fun but it’s a good way to burn calories. Exactly how much will depend on how you swim. Harvard Health suggests that a 155 lbs swimming for 30 minutes might see the following results depending on their type of stroke:

In addition, swimming is also relatively low impact on your joints.

Lifting weights: While weight training doesn’t get as much attention as aerobic activities it can still be useful. Firstly, like all activity, it burns calories and will get your pulse rate up. Secondly, it will increase your muscle mass, which in turn boosts your metabolic rate.

Interval training: Once you build up your fitness levels, you could opt for high intensity interval training. This includes rapid bursts of exercise followed by periods of rest. The great benefit of this is that it forces your body to burn fat rather than carbohydrates. The body will use carbohydrates as a quick source of energy, but this only lasts so long. Carbohydrates offers about four calories per gram which means it quickly burns through this and moves onto fat.

Aside from exercise and your diet, there are other things which may influence how quickly you lose weight. Two of the most important include stress and the amount of sleep you get.

Stress produces the so-called stress hormone cortisol which can increase the amount of fat stored by the body. Reducing stress can be easier said than done but it will bring down cortisol levels. One of the best ways to do this is with yoga. Not only will this burn as much calories as walking, but it has been shown to have a tremendous impact on stress levels.

Last but by no means least is a good night’s sleep. This should require the least effort but is one we really struggle to get right. The vast majority of us are not getting enough sleep. This can lead to a cortisol spike with the body deciding to conserve energy for waking hours. It can be easy not to get enough sleep, but this will have a real impact on how successful your attempts to lose weight will be.

Losing weight, then, can seem like a complicated process. There are a host of factors including your diet, types of exercise and genes which can affect how quickly you lose weight. Ultimately though the overall equation is simple. Weight gain and loss is all about how much calories you’re consuming through your food and how much you’re expending through your exercise. As long as you burn more calories than you consume in a given day you will lose weight. 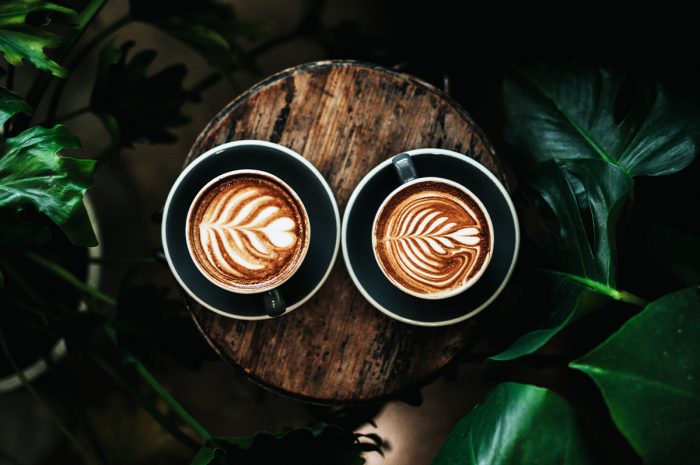 Why waking up to a cup of coffee could boost longevity? 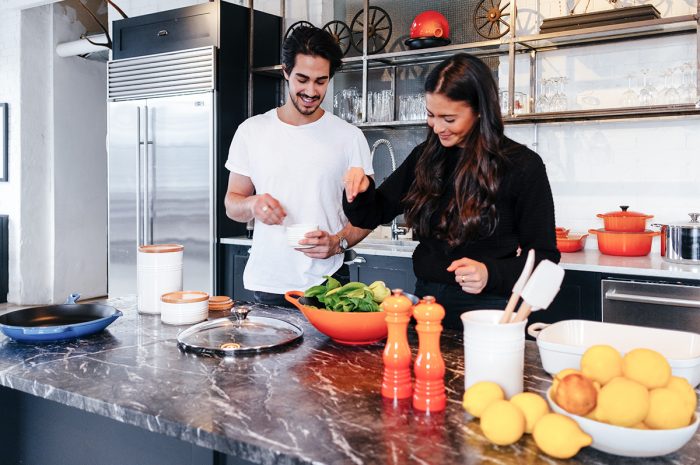 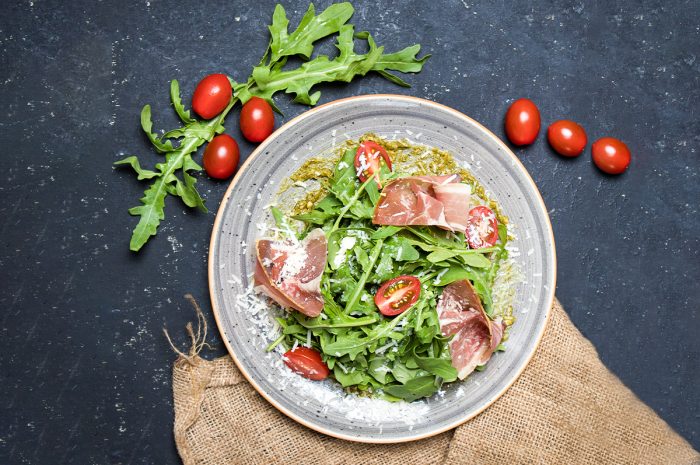 The paleo diet and its benefits to health and longevity 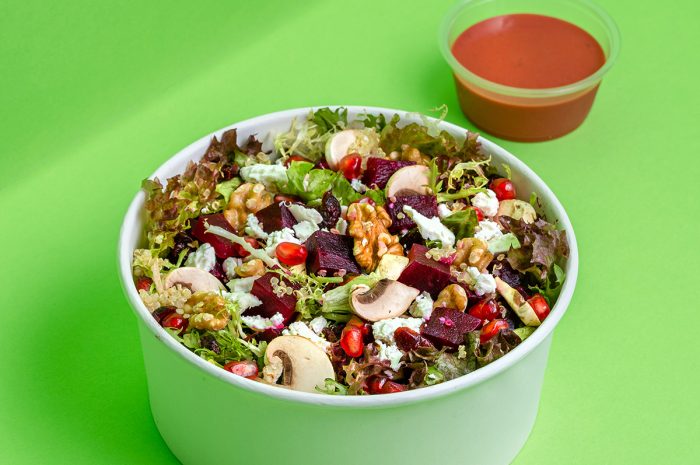 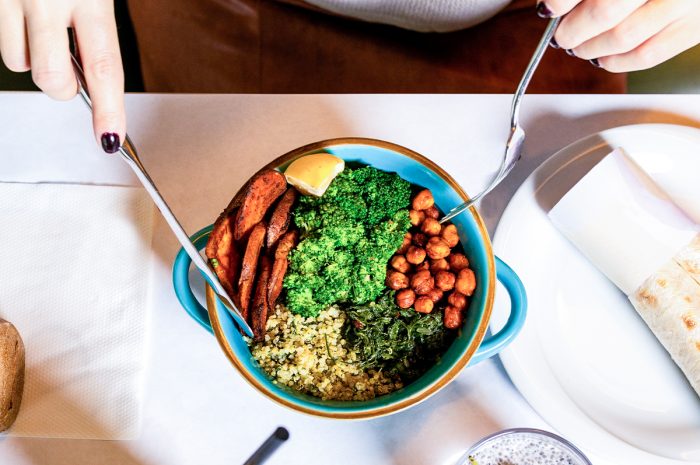 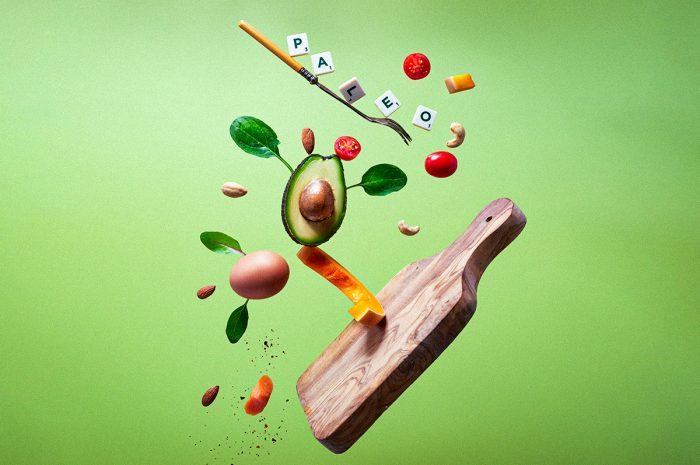 What is the paleo diet and why is it so popular? 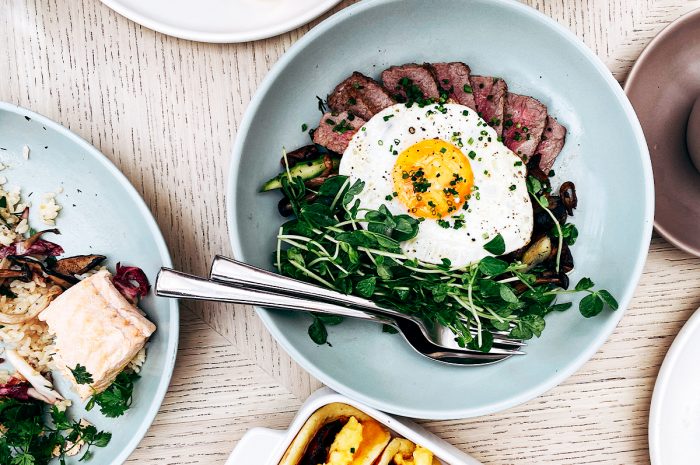 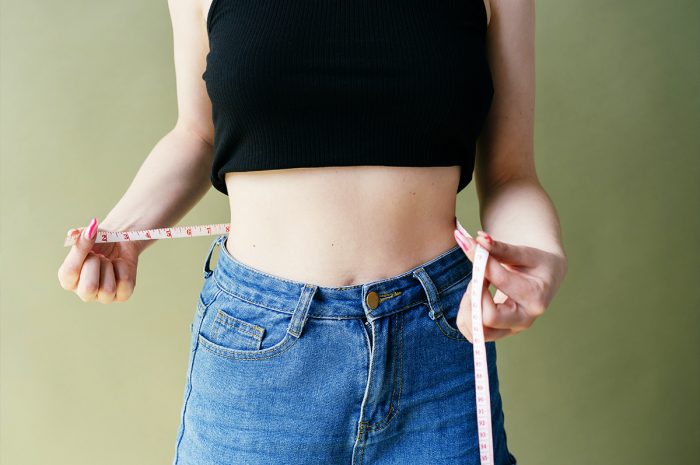 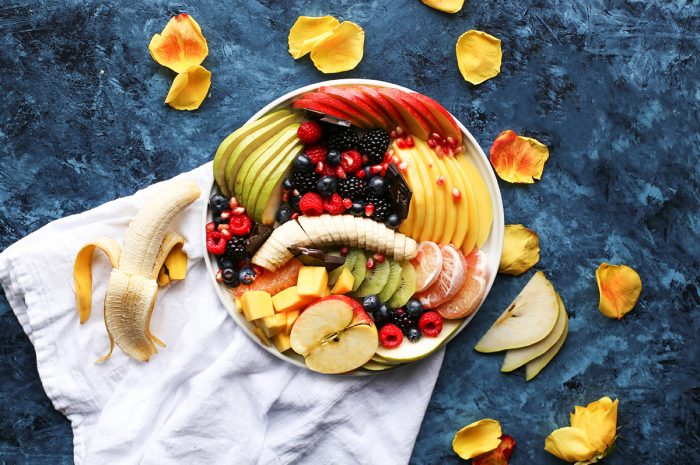 Can you lose weight with these common fruits? 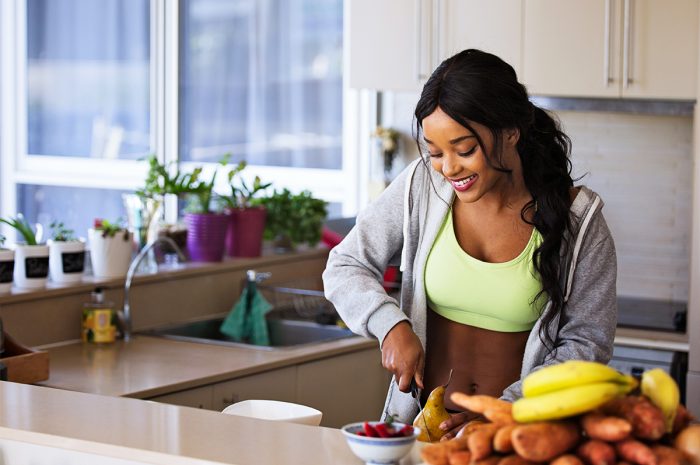 What is the longevity diet and why is everyone talking about it? 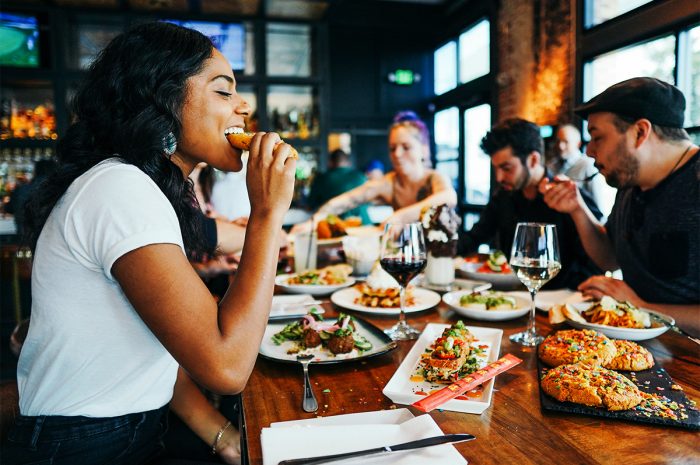 How to lose weight fast: 7 bad eating habits to avoid 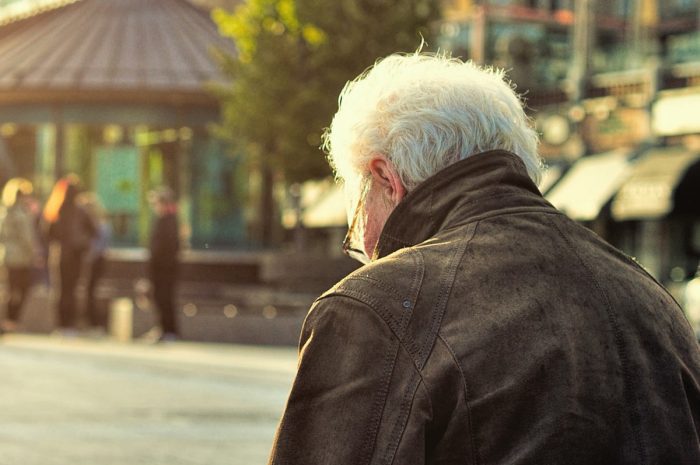 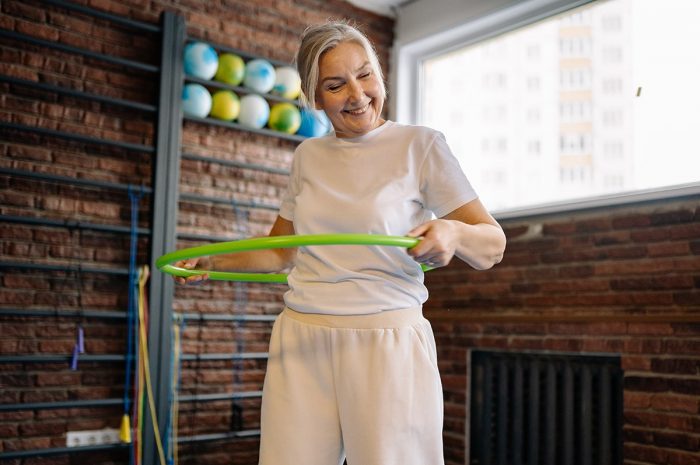 How to live longer: the different effects of fasting on men and women