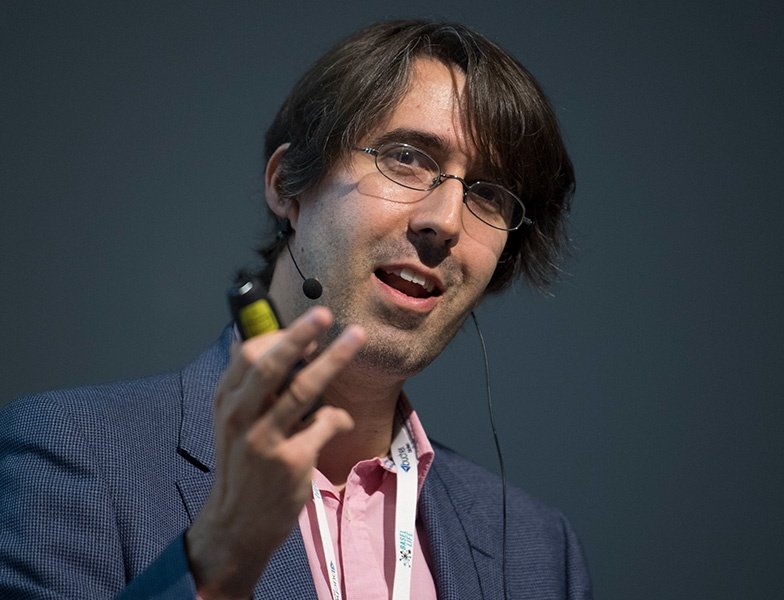 The longevity space is never more exciting than when its headliners make bold statements; whether it’s the Longevity Escape Velocity date, unlocking pluripotency or an artificial organ. Now in article that is as exciting as it is insightful, Professor João Pedro de Magalhães, who leads the Integrative Genomics of Ageing Group at the University of Liverpool, has declared that the “longevity pharmacology field promises to revolutionize the healthcare of a growing aging population.” We speak to the author.

Longevity.Technology: Even the journal choice – Drug Discovery Today – hits the nail on the pharmacological head. Professor de Magalhães explores recent trends in longevity drugs, clinical trials and investment in the longevity industry, demonstrating that much progress has been made in the last couple of decades and the ability to manipulate lifespan pharmacologically has enormous potential for not only extending that lifespan, but improving healthspan and reducing the economic and societal burden of age-related illness and degeneration.

Once the discovery and manipulation of longevity-associated genes was where the cool kids were at; however, as the rate of gene discovery levels off, the increase in the longevity-related drug discovery continues to grow, as does the number of biotech companies – pharmacology is where it’s at. As Professor de Magalhães points out, it has been demonstrated that aging can be pharmacologically retarded in animals, so the challenge now is to translate longevity drugs to the clinic.

AI is also playing a key role; machine learning is able to sift and assess millions of targets, screen candidates and identify novel molecules and first-in-class drugs. Deep aging clocks can leverage data from multiple biomarkers, speeding up drug trials and enabling a move towards personalised medicine. There are also vast data sets available meaning existing drugs can be examined for repurposing and indication expansion.

As de Magalhães says, most trials will fail, but the “focus on longevity will not abate given that the global aging population crisis will only get worse … Perhaps by shedding light on the most vulnerable older population, COVID19 will accelerate the growth of the longevity industry,” noting the number of trials planned or underway (TAME, for example).

In his paper, Professor de Magalhães notes that: “Questions remain regarding whether longevity drugs in animals will have therapeutic benefits in humans with minimal adverse effect.” We asked what, in his opinion, are the key areas that need addressing in that regard?

“I think there are a couple of ways of addressing the gap between animal models in humans,” he told us. “One of them is via computational approaches, which my lab is working on, that can help prioritize longevity drugs and identify those that have a higher probability of working in humans with minimal side effects. On the other hand, I think we need to improve the animal models that we use.

“In particular, I think we need to diversify more the animal models used in aging. This is not easy because aging takes time and thus testing longevity interventions are long and expensive experiments, but having a greater diversity of animal models (e.g., fishes, dogs, primates), and even having a greater diversity of mouse strains employed in research, will be beneficial. Lastly, animal and in silico models are not perfect, and ultimately we need to do trials in humans.”

The future of longevity pharmacology is linked to biomarkers and personalised regimens, but it’s more complicated that that.

“…ultimately what I would like is a drug that retards aging in everybody.”

“In terms of biomarkers, it’s brilliant that there has been so many advances recently, in particular at the level of epigenetics with the Horvath clock and others,” says . That said, I still think that death (i.e., mortality) is the major outcome of aging, and that is the most important readout in any trial. To put it another way, biomarkers, including biomarkers predictive of mortality, help but they are not perfect and don’t solve all our problems.

“As for personalized medicine, I think it will only grow as more data is available and we can better personalize treatments. But again I don’t think it is a solution to everything, ultimately what I would like is a drug that retards aging in everybody.”

De Magalhães thinks that computational models will play an important role in prioritising compounds for interventions, and for determining which compound and at which dosage it is suitable for each individual, but it’s not a blind optimism.

“I am very optimistic regarding data driven approaches in longevity pharmacology and aging research in general,” he told us. “That said, it is also important to keep in mind that we don’t yet understand biology. The complexity of the human body and its trillions of components is far beyond our capacity to predict. As such, no in silico model is perfect and we still need to perform experiments and clinical trials. In other words, computational approaches – and for instance I have been using machine learning for over 10 years, long before it was popular like it is now – can help but they don’t provide all the answers.” 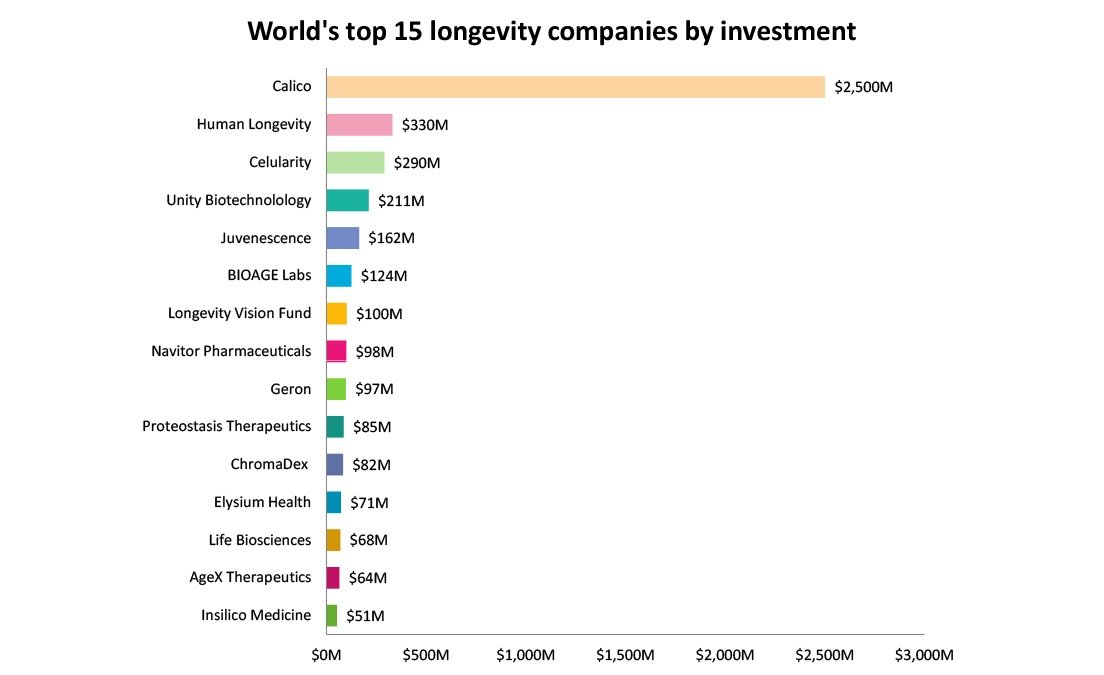 Professor de Magalhães’ graph is notable for the gulf between Calico, which is investing more than the next 14 highest investors put together, and everybody else.

“It’s been over seven years since Google started Calico and so far it’s been disappointing,” he told us. “They have published some nice studies, but nothing revolutionary when compared to what many other smaller labs are doing. Perhaps they are working on something amazing that will blow our minds, or perhaps they are not and it will turn out to be a big missed opportunity.

“Taking a step back I think the big message is that money is not everything. You can’t just throw a lot of money at a problem and expect to solve it, you need to be smart about it. I know that scientists have the habit of complaining about lack of funding, but we have money, we have funding to do research. The National Institute on Aging has an annual budget of over 3 billion dollars. That is a lot of money, though some would argue it is not invested properly as most of it goes to Alzheimer’s disease. Nonetheless, my point is that there is money, but it needs to be used wisely.”

So, given that longevity pharmacology is on the rise, what should the discerning reader keep an eye on?

“That’s the million dollar question! However, my opinion is probably biased because I work with several companies in the space,” says de Magalhães. “Most notably, I am CSO of Swiss-based Centaura. We’re doing really exciting work in developing technologies for gene therapy, specifically artificial chromosomes. It is a riskier approach than drug discovery but has a greater potential for impact.

“In terms of pharmacology, the strongest evidence we have for retarding aging in animal models comes from rapamycin, which of course has its side-effects, but if I had to choose a pharmacological approach to aging then that would be focused on rapamycin, such as developing rapalogs that are safer than rapamycin but have similar benefits.”