News > InnovationMelatonin shown to slow exhaustion of the ovarian reserve 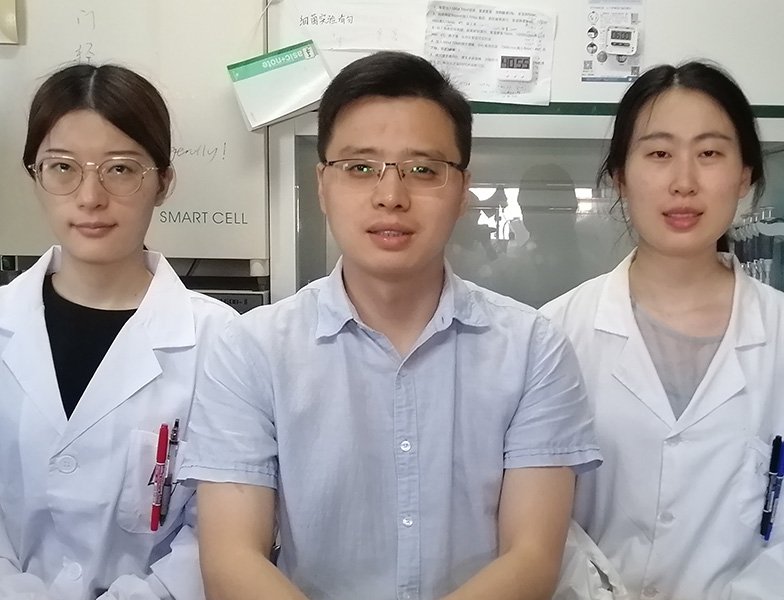 Chinese researchers demonstrate that melatonin delays ovarian aging in mice by slowing down the exhaustion of the ovarian reserve.

Previous studies have demonstrated that long-term supplementation with melatonin, the hormonal mediator of biological rhythm, sleep, inflammation and glucose metabolism, can slow down ovarian aging, but the question remained – is endogenous melatonin involved in the regulation of ovarian aging and, if so, to what extent?

Longevity.Technology: Although women’s life expectancy has been prolonged by as much as 30 years over the past century, the age of menopause has only extended by three to four years. What this means is that the reproductive lifespan of women has become strikingly short in the context of overall lifespan. If modern trends continue, postponing childbearing in an era of increased longevity will become increasingly popular. However, postponing childbearing comes with its own challenges: women approaching advanced maternal age have poor outcomes when it comes to natural and assisted fertility, and the incidence of chromosomal abnormalities and birth defects increases with a woman’s age.

Furthermore, ovarian aging does not just impact the reproductive system; it indirectly causes the dysfunction of multiple organs and thus contributes to the aging of the body overall. As such, women’s age-related decline in ovarian health needs to be at the forefront of scientific research in the field of both reproductive medicine and longevity research.

Scientists at Huazhong Agricultural University, China, have now shown, using mouse models, that endogenous melatonin delays ovarian aging by slowing down the exhaustion of the ovarian reserve through inhibition of follicle activation, growth and atresia.
But to really understand the research, first you need to understand what ovarian reserve means.

What exactly is ovarian reserve?

Ovarian reserve refers to the number of viable oocytes (potential ova) available at any time in a women’s lifetime. Due to the lack of germline stem cells, female ovarian reserve cannot be replenished, and the number that determines it is not straightforward as it is dependent on (wait for it) the pre-established ovarian reserve (PreOR) and the speed at which the dynamic ovarian reserve (DOR) is depleted.

The PreOR is a pool of 1-2 million primordial follicles – oocytes surrounded by thin layers of granulosa cells – that is (incredibly) established in the third trimester in-utero and is left on pause, waiting for puberty. However, the PreOR degenerates during this hiatus, due to insufficient gonadotrophin hormone, and by the time of the first menarche (period) a female only has around 350-500,000 primordial follicles left.

From this point, it is a numbers game; during each menstrual cycle, a significant number of primordial follicles (thought to be around 1000) are activated to continue growing, in a process called folliculogenesis, developing into early growing follicles and, once they acquire an antral cavity, become small antral follicles (SAFs). It is these SAFs that make up the DOR.

The whittling down continues at the SAF stage, where most follicles undergo atretic degeneration (a process called atresia) and are discarded, whereas a few of them, under the influence of gonadotrophin (GTD) stimulation, reach the preovulatory stage of a Graffian follicle. The dominant Graafian follicle ovulates to release the mature oocyte for fertilisation, whereas the remaining theca and granulosa cells undergo transformation to become the corpus luteum, the mass of cells responsible to produce the hormone progesterone during early pregnancy.

So clearly there is a functional, and dynamic, relationship between the PreOR and the DOR: the dormant primordial follicles in the PreOR are recruited into the DOR in a continuous manner, so the DOR remains relatively stable while the PreOr continues to decrease. It is thought that the activation of the PI3K-AKT-FOXO3 pathway controls the activation of PreOR to grow and replenish the DOR.

What happens in the ovaries?

The knock-on effect of a diminishing PreOR is, ultimately, there are fewer primordial follicles to recruit and thus, as we age, the pool of the dynamic ovarian reserve (SAFs) also begins to decrease. As a result, the number of SAFs available at any given timepoint in a woman’s life can be used as a biological marker of her ovarian age.

However, contributing to even further depletion of the ovarian reserve is the number of SAFs in the DOR that are eliminated via atresia. As the number of ovulated eggs per estrous cycle is fixed, a larger DOR pool means that more SAFs will be eliminated, and more primordial follicles will then have to be activated from PreOR to replenish the loss of DOR. Such a vicious cycle eventually leads to meaningless exhaustion of ovarian follicle reserve.
In summary, the exhaustion of ovarian reserve is mainly realised through follicle activation, growth and atresia.

What the researchers have shown in this study is that melatonin inhibited both follicle activation and atresion and therefore reduced the depletion rate of the ovarian reserve.

The study confirmed that injections of melatonin during the follicle activation phase significantly reduced the number of activated follicles by inhibiting the PI3k-AKT pathways. Furthermore, melatonin administration during the early follicle growth phase also suppressed follicle growth and atresia, again influenced by suppression of the PI3k-AKT pathway and others involved in folliculogenesis.

The ingestion (exogeneous) addition has so far been the main approach to evaluate the efficacy of melatonin. However, drug safety and public opinion requires researchers to evaluate whether endogenous melatonin plays the same role as exogeneous melatonin. This study also demonstrated, through cell culture, that granulosa cells, that cover primordial follicles, can secrete melatonin. Furthermore, the loss of follicle reserve in melatonin deficient mice was much faster than in wild-type and the phenotype of ovarian aging was more obvious in middle age than in wild-type. This suggests there could be a local effect of endogenous melatonin that is involved in the regulation of early folliculogenesis and ovarian reserve.

Interestingly, the study also concluded that melatonin deficiency did not impact the fertility of young mice. The scientists responsible for the study speculate that, due to the multi-functionality of melatonin, it is more like “a lubricant for life activities: with it, the activities run more smoothly; without it, the activities can still happen and adverse impact may take a long time to appear [1].” This would make sense; the deficiency of melatonin does not prevent ovulation and thus impact fertility.

Instead, it permits the shuttling through of more PreOR reserve and thus loss of more SAFs in the DOR. The reduction in fertility would not be felt until later life when the loss of follicle reserve becomes apparent.

The findings of this study may help to promote the research of melatonin in reproductive regulation. However, further research is necessary, as Dr He Changjiu told Longevity.Technology.

Image courtesy of He Changjiu, National Engineering Research Center for Livestock, Key Laboratory of Animal Genetics and Breeding of the Ministry of Education, College of Animal Science and Technology, Huazhong Agricultural University.