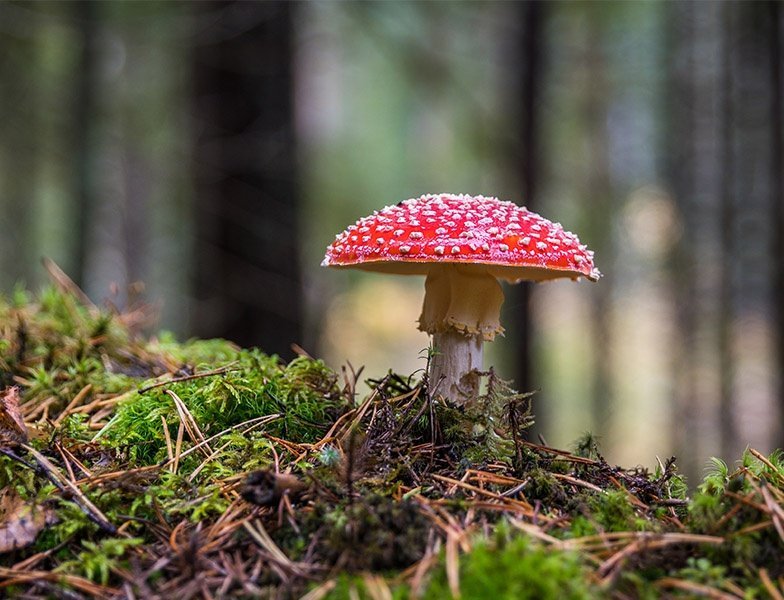 Leading researcher highlights potential of ergothioneine in prevention and treatment of age-related disease.

At next week’s Society for Free Radical Research (SFRR) International meeting, one of the most interesting presentations from a longevity perspective will focus on the role of ergothioneine in the body. Present throughout our bodies and taken up through our diet (particularly from mushrooms), this powerful antioxidant is increasingly thought to play a role in protecting against age-related and neurodegenerative disease.

Longevity.Technology: The SFRR International presentation will be delivered by one of the world’s leading researchers on free radicals and antioxidants in biological systems, Professor Barry Halliwell from the National University of Singapore. We spoke recently with Prof. Halliwell to find out more about ergothioneine and its longevity potential.

For decades, Halliwell’s research has focused on free radicals and antioxidants, and the role they play in human disease.

“In particular, we’re interested in neurodegenerative diseases, Alzheimer’s, the other dementias, and Parkinson’s disease, both from the point of view of prevention and treatment,” he says, pointing out that the brains of people who have died from these diseases show remarkably high levels of oxidative damage.

“Which raises the question of why haven’t people used antioxidants to treat these diseases?”

On the prevention side, studies have shown that high intake of vitamin D, vitamin C, carotenoids and flavonoids from diet are neuroprotective, but Halliwell says that clinical trials on single compounds, such as high dose vitamin E or vitamin C, haven’t delivered positive results. He is hopeful that ergothioneine, a compound he’s worked on since the 1980s, will buck this trend.

“For things like carotenoids, flavonoids, as far as we know, there’s no specific transporter, but there are for important metals that we need, like zinc and iron and for vitamin C and B vitamins and so on,” explains Halliwell.

“So the fact that there is a transporter suggests that ergothioneine is important.”

Then, purely by accident, Halliwell found blood levels of ergothioneine were significantly down in people with mild cognitive impairment, the early stage of dementia.

“Since then we’ve been involved in a mega study, which confirmed, in a very large population, that as people start to develop cognitive impairment, blood levels of ergothioneine drop, and then as they go on to full blown dementia, they drop further,” he says. “Now, this is just pure correlation, so we’ve started a double-blind, placebo-controlled clinical trial of feeding ergothioneine to people with MCI to see if it helps them.”

The COVID-19 pandemic struck just as the trial at NUS was getting started, so it was stopped and has only just restarted again, and Halliwell is hopeful that he’ll able to share results in around a year’s time.

In other areas of research, Halliwell is looking at the effect of ergothioneine in a number of animal models of dementia and Parkinson’s disease, where he says it has shown to be quite effective.

“We’re also the first group in the world to be allowed to administer pure ergothioneine to healthy human subjects, and showed that it is avidly retained,” he adds.

“Unlike some compounds that have been tested, it also seems to go into the brain.”

In addition to exploring ergothioneine’s potential for the treatment of COVID-19 patients, Halliwell’s department has also received a Healthy Longevity Catalyst Award from the National Academy of Medicine.

“We’re going to investigate this idea that ergothioneine might be a longevity vitamin,” he says. “We’ve generated mice that don’t have the transporter, so they can’t take in ergothioneine. Phenotypically, when they’re young, they seem quite normal – it doesn’t seem to bother them, but we’re now looking at how well they age, which of course takes time.”

So does Halliwell think that people should consider boosting their intake of ergothioneine?
“Well, I have noticed I eat more mushrooms than I used to, but again, you’ve got to be careful,” he says. “Mushrooms contain a lot of things and they contain low levels of certain toxins, so you don’t want to overdo it.”