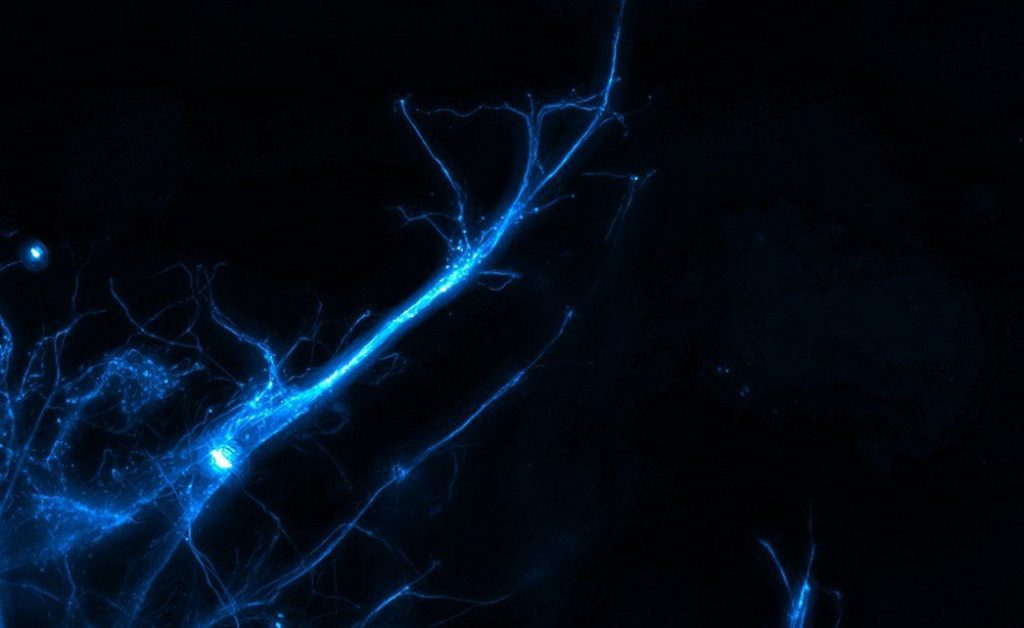 Back in February, we spoke to the founder of Canadian 3D bioprinting start-up Aspect Biosystems. Just a few weeks later, in the same week that the coronavirus outbreak was pronounced a pandemic, another Canadian bioprinting company was formed. Axolotl Biosciences is focused on developing the bio-ink that enables tissues to be printed.

Axolotl’s lead product, called ThinkInk, is a novel versatile bio-ink for bioprinting stem cell-derived neural tissues. The company’s team is led by Dr Stephanie Willerth, a Professor in Biomedical Engineering at the University of Victoria, and we caught up with her to learn more.

“My PhD included doing a bunch of work with the biomaterial, fibrin, and we were one of the first to culture mouse embryonic stem cells in fibrin,” says Willerth. “And then when I got my own lab, I really wanted to go and look at human cells, which are a bit more difficult and so that’s where we started off.”

“Our major initial product is a very good bio-ink for printing neural tissues. We’ve published a lot with it showing that you can get functional neural tissue from a variety of cells using our ink – it’s pretty versatile.”

Prior to forming Axolotl, Willerth spoke at a conference with the CEOs of major bioprinting companies Allevi and Cellink, both of whom expressed immediate interest in her bio-ink.
“They both said they wanted to sell our ink right now, because there was nothing in the space for neural,” recalls Willerth. “And both of them have hundreds of thousands of printers placed all over the world, so I realised then that there was a real market for us.”

So, after receiving a series of government grants to support the development and commercialisation of novel bio-inks, Axolotl was formed.

“We incorporated the week that COVID really hit in mid-March, and then of course, the lab shut down,” says Willerth, adding that access to the lab is now possible, albeit on a limited basis. “So our current plan is to ship out our the beta version of our bio-ink to select testers in July, get feedback, and then we’re hoping to take pre-orders and start selling in the Fall.”

Axolotl is in now the process of converting a provisional patent on its bio-ink technology.
“Essentially, we add these small drug-releasing particles called microspheres to our inks, and you can add different combinations,” says Willerth. “We’ve had a number of papers where we encapsulated some molecules in our microspheres and showed that they provided really nice, mature neuronal differentiation of our stem cells into mature neural tissues. You can play with the combinations and get tissues that are similar to brain or more similar to spinal cords. So it’s a pretty powerful piece of IP to have.”

“A lot of people use alginate, which is easy to print, but if you’re printing delicate things like stem cells in alginate ink and only 30% of them survive, you’re not going to be pleased. With our ink we get really good survival – around 90%.”

Willerth points out that one of the key benefits of ThinkInk is the stability of the constructs you can create with it.

“A lot of people use alginate, which is easy to print, but if you’re printing delicate things like stem cells in alginate ink and only 30% of them survive, you’re not going to be pleased,” she says. “With our ink we get really good survival – around 90%. At the time, no one had ever had gotten over 50% viability with a bio-ink for neural stem cells and the human derived neural progenitor cells. So that was a big deal.”

Recent work conducted by Axolotl has shown that it’s possible to make functional neural tissues where the neurons are actually firing and to measure their activity. But Willerth is also keen to mention a Master’s student project in the area of cancer treatment.

“We printed human glioblastoma cells alongside healthy human astrocytes and a company we collaborate with sent us a compound that was supposed to selectively target the glioblastoma cell,” she says. “And so when she applied this drug after letting them form tumours for 16 days, it was able to kill the tumour cells selectively and leave healthy tissue behind.”

“It was something that made me happy because these bioprinted tissues can be used to screen drugs,” adds Willerth. “And this is definitely something where you can see the 3D bioprinting advantages because you have multiple cells in this complex model, and then the drug screening worked, so that was very exciting.”

“As you culture these Alzheimer’s tissues in a dish, they essentially develop more and more symptoms over time. And we can track that. So if you found a drug that could reverse the symptoms in a dish, you could prescribe that drug back to patients.”

Willerth also mentions a collaboration with the Alzheimer’s clinic at the University of British Columbia, where blood is drawn from Alzheimer’s patients to generate human induced pluripotent stem cells.

“We’ve 3D printed them into tissues, so we have these patient-specific tissues,” she says.

“And the idea is we have a class of off-label drugs that we want to test on these tissues because as you culture these Alzheimer’s tissues in a dish, they essentially develop more and more symptoms over time. And we can track that. So if you found a drug that could reverse the symptoms in a dish, you could prescribe that drug back to patients.”

Willerth’s enthusiasm for bioprinting is evident as she speaks with excitement about the various systems now available in her lab.

“There is the Aspect System, which my research group was one of the first to have,”

says Willerth. “We also have an Allevi one, we have a Cellink Inkredible, we’ve got a live cell imager from CellSite, we’ve got a BIO X printer… and we’ll also be getting a Lumen X.”

But having all these products is about more than just a passion for bioprinting, and underpins what Willerth believes is another key differentiator – ThinkInk is compatible with multiple bioprinting systems.

“There are so many differences between the bioprinters and I think our lab is unique in the fact that we actually have five different bioprinters all side by side because usually a lab will have one,”

she says. “So there haven’t been a lot of groups with the capability to test inks on different systems, and then adjust everything, and have the expertise to say how the Allevi differs from the Cellink. And so I think there’s a lot of demand for an ink that’s ready to use and that has been optimised for stem cells.”