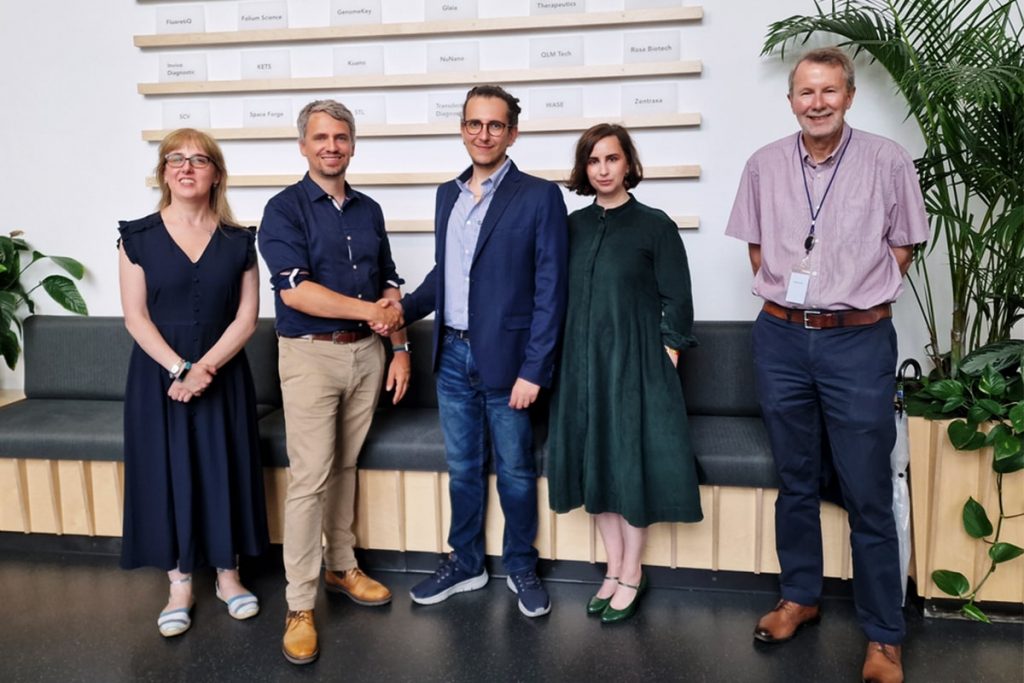 University spinout could be game-changer for diabetes and pre-diabetes.

Transdermal Diagnostics, a University of Bath spinout company developing technology to monitor glucose levels non-invasively, has received £800,000 in seed funding and a £300,000 grant from Innovate UK.

The researchers have invented a wearable patch that allows people with diabetes to painlessly monitor their blood glucose levels. The £1.1 million is set to advance the team’s cutting-edge technology towards commercialisation.

Longevity.Technology: The biggest risk for diabetes is age and having this disease puts you at risk of several serious complications, including eye problems, pneumonia, heart disease, stroke, Alzheimer’s and kidney problems. The American Diabetes Association warns that half of Americans 65 and older have pre-diabetes – this means that nearly 25 million older Americans are at risk for developing type 2 diabetes. This is a huge number, made worse by the fact that, in addition, 25% of the older population already has diabetes [1].

Transdermal Diagnostics‘ new tech aims to enable people living with diabetes to significantly slow down, or even prevent, the progression of the disease by monitoring blood glucose levels around the clock in a completely painless manner. The patch will sample glucose through the skin and will eliminate the need for the poorly tolerated finger-prick blood test. Readings will be transmitted wirelessly to a mobile phone, which could mean future IOT application.

In March this year, the researchers – led by by Dr Adelina Ilie, Dr Luca Lipani, and Professor Richard Guy from the Departments of Physics and Life Sciences at the University of Bath – established the spinout company that will continue to develop the patch.

Following the award of a prestigious Innovate UK grant of £300K at its inception, Transdermal Diagnostics has closed a pre-seed investment round of nearly £800,000.

Dr Ilie, chief scientific officer and director at Transdermal Diagnostics, says: “Our wearable, affordable patch will appeal particularly to people living with Type-2 diabetes and those considered to be pre-diabetic. It has great market potential because no such technology currently exists on the market.”

She adds: “Developing the patch needed a truly interdisciplinary approach, and it was only made possible by the latest advances across multiple fields, such as advanced nanomaterials, nano- and bio-technology, and machine learning-driven data analysis. Scalable methods able to deliver a device like ours on a flexible platform were also essential.”

Dr Lipani, CEO and director of the company, says: “Our technology equips users with the knowledge to manage and make informed decisions about their health, and we’re delighted to have achieved the milestones of spinning-out the company and acquiring the investment needed to move the technology forward.

“We have a great team and I’m confident we will be able to make a tremendous impact on chronic disease management, particularly for those individuals living with diabetes desperate to get rid of those painful finger-pricks for blood sugar monitoring.

Company director Professor Richard Guy says: “The spin-out of Transdermal Diagnostics provides the impetus to develop a revolutionary, affordable and needle-free glucose monitoring technology to inhibit or even arrest the progression of diabetes, enabling those living with the disease to safely and effectively manage and control their blood sugar levels.”

The patented patch technology – first reported in Nature Nanotechnology in 2018 – uses a unique multiplex architecture to sample, via preferential pathways, the fluid that nurtures the living cells of the skin. This fluid contains glucose at a level that is very similar to that found in the blood. The approach enables the amount of glucose sampled to be detected and quantified non-invasively, without puncturing the skin, thereby avoiding any need for a blood sample.

The process of spinning out the new company was catalysed by the research team’s involvement in the Innovate UK Innovation to Commercialisation of University Research (ICURe) Discovery programme delivered by North by North West partners.

ICURe allowed the company’s founders to determine market validity and the commercial potential of their glucose-monitoring technology. As a result, Transdermal Diagnostics was awarded an Innovate UK grant of £300K. The company has also received valuable input via the SETsquared Scale-Up Programme.

Transdermal’s path through the ICURe programme was supported by business advisor and now company non-executive director, Dr Ben Miles, who is the CEO and founder of Spin Up Science.

Drs Jenni Rogers and Phil Brown of the University’s Research & Innovation Services, which supported the creation of Transdermal Diagnostics. Dr Rogers says: “We’re delighted to see Transdermal Diagnostics spin out from the university. The technology has great potential to benefit people with diabetes, in particular, and we look forward to seeing its commercial realisation.”