News > AI/Digital3D structure of all proteins? You’ll have to Google that!

3D structure of all proteins? You’ll have to Google that! 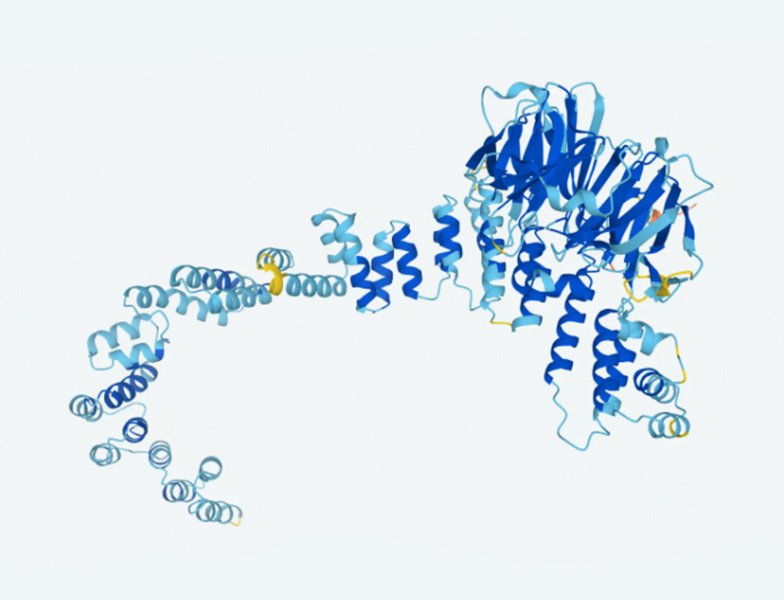 By unlocking and sharing the secrets of protein structures, DeepMind could supercharge drug discovery – this could be one of the biggest contributions of AI to longevity.

Proteins start out as linear chains of amino acids; however in order to perform biological functions, they twist and turn, curling up into complicated 3D shapes. Although there are approximately 500 amino acids that have been identified in nature, only 20 of those make up the proteins found in the human body; however, those 20 amino acids form tens of thousands of different proteins, some short, some hundred of amino acids long.

Now DeepMind, the AI subsidiary of Google’s parent company Alphabet, has announced it has been successful in predicting the form of nearly every protein in the human body. In addition, they can predict the shape of thousands of other proteins found in organisms that are key to scientific research, including mice, fruit flies and yeast.

Longevity.Technology: The DeepMind database consists of 350,000 newly-predicted protein structures and the company plans to release an additional 100 million protein structures over the next few months – as Demis Hassabis, the CEO and Co-founder of DeepMind puts it: “Almost every sequenced protein known to science – over 100 million structures … a veritable protein almanac of the world [1].” This massive database has been made available in a searchable format and the best part? It’s completely free!

DeepMind has also published a corresponding scientific paper and the source code; in order to set up and run the  AlphaFold Protein Structure Database, the company partnered with European Molecular Biology Laboratory’s European Bioinformatics Institute (EMBL-EBI).

Ewan Birney, EMBL Deputy Director-General said: “This will be one of the most important datasets since the mapping of the Human Genome. However, more needs to be done. DeepMind’s software predicts protein structures, that means in some cases further experiments may be required to verify those predictions [2].”

“Today, we are sharing a trove of information that doubles humanity’s understanding of the human proteome, and reveals the protein structures found in 20 other biologically-significant organisms, from E.coli to yeast, and from the fruit fly to the mouse,” said DeepMind CEO and Co-founder Demis Hassabis.

“As a powerful tool that supports the efforts of researchers, we believe this is the most significant contribution AI has made to advancing scientific knowledge to date, and is a great example of the benefits AI can bring to humanity,” he added. “These insights will underpin many exciting future advances in our understanding of biology and medicine.
“Thanks to five tireless years of work and a lot of ingenuity from the AlphaFold team, and working closely for the past few months with our partners at EMBL’s European Bioinformatics Institute (EMBL-EBI), we are able to share this huge and valuable resource with the world.”

Unlocking the secrets of protein structures could advance the understanding of numerous areas of longevity research, from aging at a cellular level to new druggable targets for diseases of aging. This database is key, not only from a human point of view, but from a clinical trial standpoint; the focus on clinically significant organisms could make models more efficient and more relevant to current research.