A new link in longevity therapeutics 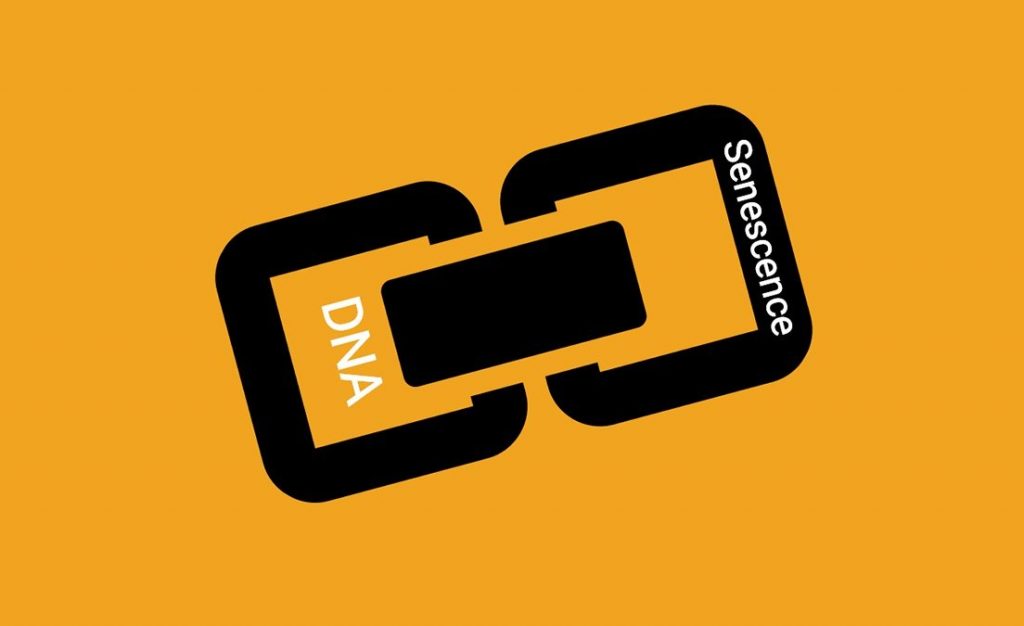 Cellular senescence is a phenomenon where cells exit the regular cell cycle roundabout onto a road leading to them being permanently trapped in cell cycle arrest. Even though this biological response is thought to be protective from DNA damage and have tumour-suppressing properties, it has been associated with a plethora of age-related diseases.

Longevity.Technology: Senescence-associated secretory phenotype (SASP) is the senescent cell phenotype. It leads to these cells secreting a blend made-up of inflammatory cytokines, immune modulators and other signalling molecules. While the importance of SASP in aging is undisputed, the mechanisms still remain elusive.


In senescence there is a major reorganisation of chromatin, the tidily-packed DNA and protein parcels found in our cell nuclei. Through live-cell imaging it has been shown that in senescent cells, chromatin fragments can leak, or ‘bleb’, through the nuclear membrane into the cytoplasm forming cytoplasmic chromatin fragments (CCF) (very cool video in reference!) [1].

This occurs due to a compromised nuclear envelope, which is made of four lamina, (A, B1, B2, C) and other accessory proteins, whose function is to maintain chromatin homeostasis. Lamina normally bind chromatin at lamina-associated domains (LADs). Yet during senescence a downregulation in B1 lamina leads to loss of LADs and thus to the formation of CCF [2]. Interestingly, preventing B1 lamina downregulation has shown to slow senescence in onco-models [3].

Upstream signalling events can also lead to CCF formation. For instance, mitochondria stress releases reactive oxygen species (ROS) activate the c-Jun N-terminal kinase (JNK) which in a retrograde manner forms CCF. As of yet, the pathway for this process is not established. Nevertheless, JNK has been shown to interact with 53BP1, a nuclear protein involved in DNA damage, in irradiation-triggered senescent cells.

One hypothesis is that 53BP1 supresses double-strand break (DSB) end cleavage, known as resection. This is supported by a study where receptor MRE11 which is responsible for DBS end resection, was inhibited a small molecule called Mirin. This resulted in CCF formation inhibition [4].

“In the cytoplasm, CCF can be degraded by autophagosome-lysosome machinery. Therefore, it has been reported that disfunction of this phagocytic pathway contributes to CCF accumulation” [5]. This is thought to occur due to a decrease in DNase 2a, resulting in general decreased DNA degradation.

One key observation is that function of this machinery can be rescued with metformin or rapamycin [6] – both are key drugs in the longevity field. This then leads to reduced CCF accumulation in ROS-induced senescence [4]. Both DNase 2a and TREX1 reportedly can remove CCF’s before they accumulate, which rescues cells from a senescence fate [7].

Various researchers, including Professor Maria Grazia Vizioli, have shown that SASP is predominantly driven by CCF [4], but the precise pathway remains unclear. DNA in the cytoplasm usually signals the presence of a pathogenic infection and is identified as foreign, triggering the DNA-sensing cyclic GMP-AMP synthase – stimulator of interferon genes (cGAS-STING) pathway.

CCF are recognised and bound by cGAS, thus setting off the conversion of ATP and GTP to cyclic GMP-AMP (cGAMP). CCF are now colocalised with cGAS and the elevated cGAMP levels are detected in senescent cells. cGAS is known to recognise double stranded DNA, yet CCF binding is not understood.

The cGAMP generated acts as a second messenger for activating STING, an adapter protein on the endoplasmic reticulum membrane. Upon binding, STING changes conformation and through a cascade phosphorylates transcription factors NF-kB and IRF3, which induce SASP and type I interferon (IFN) responses, respectively.

Intriguingly, cGAS activation, and thus SASP expression, triggered by CCF has varied responses in the literature. This is likely due to discrepancies in cell types, senescence stimuli and timings used in studies. Nonetheless, a study on STING-deficient mice lead to severely decreased levels of SASP thus outlining the critical role of the cGAS-STING pathway in senescence [8]. Future studies should focus on figuring out how the signal from STING to activate NF-kB then activates senescence.

CCF have been associated with age-related diseases. Ataxia telangiectasia (AT) and Hutchinson-Gilford progeria syndrome (HGTS) are both disorders where genomic DNA in the cytoplasm leads to a myriad of pathways disruptions resulting in a neurodegenerative and inflammatory response, leading to premature aging.