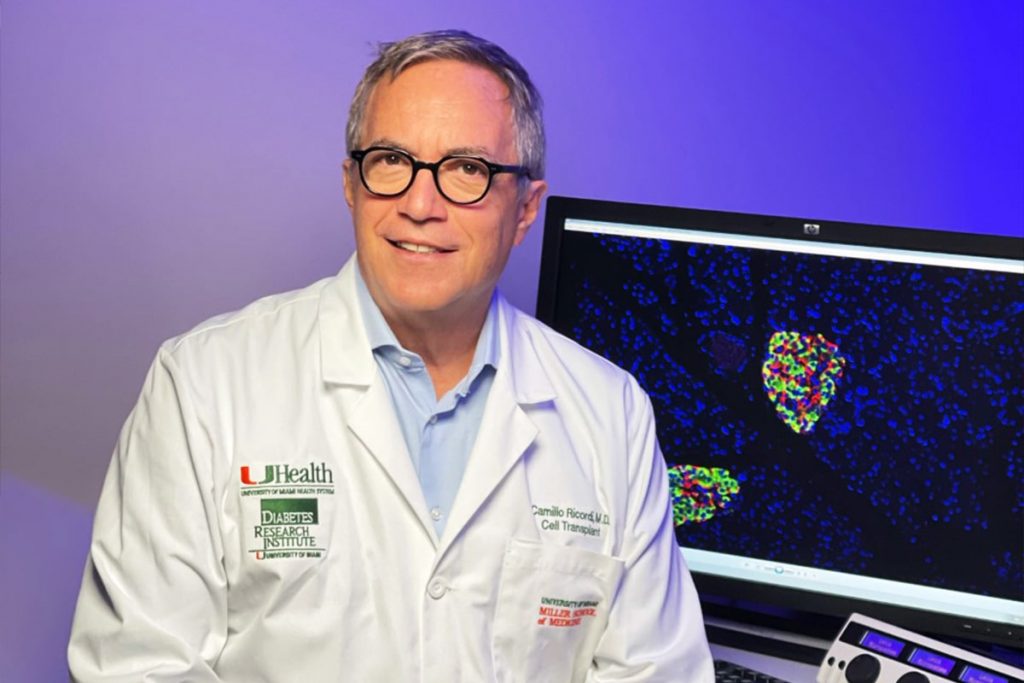 We recently covered the news that early-stage regenerative medicine company iTolerance had announced the publication of positive preclinical results.

The company is developing technology to enable tissue, organoid or cell therapy without the need for life-long immunosuppression, and its latest non-human primate (NHP) study evaluates co-implantation of allogeneic islets and SA-FasL-presenting microgels for the treatment of diabetes.

Longevity.Technology: Diabetes affects both healthspan and lifespan and the cause of type 1 diabetes is not yet fully understood, leaving research scrambling to find treatments that effect glycemic control without chronic immunosuppression. Following iTolerance’s announcement, and the publication of the work in Science Advances, we sat down with Camillo Ricordi, MD, Chief Scientist of iTolerance, to find out more about the how the platform works and what it could means for diabetics.

Islet cells are actually clusters (or groups) of cells within the pancreas that produce hormones; it is estimated that there are approximately one million of these clusters found in a healthy, adult pancreas, with each cluster typically containing between 1,000 and 2,000 cells.

Ricordi explains that the islet transplant infusion procedure involves inserting a thin, flexible tube called a catheter, by interventional radiology using x-rays and ultrasound, to guide the catheter into the portal vein of the liver and infusing the islets into the liver

The platform also uses FasL microgels to induce immune acceptance of the islets, a procedure which is currently being tested by iTolerance and is currently undergoing IND enabling studies.

“Using a technique, we have developed in Miami to implant islets in the abdominal cavity instead of the liver, a group of scientists from Harvard (MGH), Georgia Tech and University of Missouri, have demonstrated they can transplant the islets with the addition of a specific protein (called FasL) in a synthetics microgel,” explains Ricordi. “This results in glycemic control in diabetic primates without immunosuppression.”

The microgel biomaterial is formulated as particles which allows them to be easily mixed with and distributed among the islet cell clusters.

“A major advantage of this approach is that we don’t have to manipulate the cells – we simply mix them with a biomaterial at the time of transplantation and deliver them,” says Ricordi.

An islet transplant procedure that can be implanted without immunosuppression could be seen as a quantum leap for the technology.

Ricordi explains that after an islet transplant, recipients would normally need to take immunosuppressants for as long as the transplanted islets are working.

“These medicines help prevent the body from rejecting the transplanted islets,” he says, explaining that rejection occurs because the body’s immune system sees the islets as “foreign” and attempts to destroy them.

“These anti rejection drugs have side effects and increase the risk of infections, organ toxicity and even cancer, so it would be highly desirable to avoid chronic recipient immunosuppression,” he adds.

“I am thrilled and hopeful for those suffering from Type 1 Diabetes now more than ever,” says Ricordi. “We have developed the islet isolation technology and the first successful islet allografts over 30 years ago, and until now, this procedure had to be done with immunosuppression drugs.”

Scientists have cured Type 1 diabetes over 400 times in mice, Ricordi points out, but have never have been able to successfully translate it in clinical trials.

The next step is to progress the technology on to human clinical trials look like. ITolerance has done its initial Pre-IND interaction with FDA and plan to submit its IND in early 2023.

“We hope to start recruiting patients in 4Q 2023 or 1Q 2024, and I think our clinical trials may start and be completed in one to 3 years,” Ricordi says. “And I’m hopeful that in three to five years we would have a therapy approved for Type 1 Diabetes without immunosuppression drugs.”

Ricordi feels this technology could be applicable to any situation where cells and tissues are transplanted in a localised space.

“Liver cells to treat hepatic diseases and hepatic failure could be one other indication but also several others, as transplantation of modified cells/tissues that can produce an hormone or enzyme that the human body no longer produces in sufficient amounts,” he says.