A scheme of mimicry – new critique of aging hallmarks 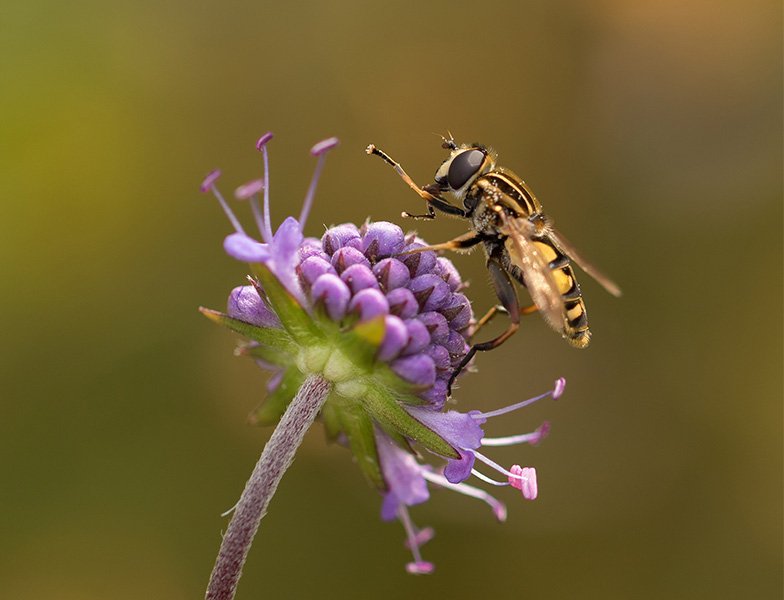 Just like hoverflies deceive their predators by mimicking wasps, the hallmarks of aging play a similar game of make-believe, argues new paper.

Biogerontology, or the study of the biology of aging, is one of the pressing challenges of the 21st century. In part because some are obsessed with the idea of “immortality” as they consider aging a problem [1], but mostly because uncovering the mechanisms behind senescence could become invaluable information for understanding how such mechanisms bring about age-related diseases.

Longevity.Technology: There are currently nine globally recognised hallmarks of aging spanning both the genotype and phenotype. A hot topic in biotech, many feel that senescence has long been warranting a more holistic approach to advance the field. Now a fascinating paper by David Gems and João Pedro de Magalhães assess the strengths and weaknesses of the hallmarks of aging account. We take a spin through the key takeaways.

Most scientific disciplines work with paradigms, sets of concepts or practices universally admitted that guide research for scientific progress in specific fields [2].

It turns out that biogerontology does not have an effective paradigm. The 90s mostly brought us a set of observations and theories related and then bound them together [3]. The main idea of this early “aging framework” was that aging is a function of cellular damage accumulation.

The hallmarks of aging don’t provide an explanatory framework of the mechanistic causes underlying aging pathologies.

Revisiting concepts is actually a natural process. Like every field facing a crisis when one concept no longer quite answers the progressive questions in said field, so biogerontology was bound to move on at one point or another. Thomas Kuhn, the 20th century philosopher known for the paradigm concept, calls this a ‘paradigm shift’ [2]. All scientific revolutions are preceded by a crisis.

What brought this crisis on?

The research itself. As the field expanded in the 2000s, so did its knowledge. Slowly, all initial ideas were questioned upon new findings; and with the arrival of new theories, the “old” framework began an unravelling process raising doubts about every single early notion [3].

The continuing research advances eventually led to the hallmarks of aging that are currently used as a reference point in biogerontology [4]. We can say that they were revolutionary; just as a central paradigm on a designated scientific field unites those working in said discipline, so these hallmarks brought together the biogerontology community.

The hallmarks of aging … are a group of ideas dressed up to mimic a paradigm.

But then why are scientists still arguing for a change?

The hallmarks of aging make for an excellent overview of the different aspects of biogerontology. They are a useful checklist that has provided the field with valuable data for studying diseases of aging and has led to the identification of some dietary supplements. Could they be considered a paradigm? Not really, for the hallmarks of aging don’t provide an explanatory framework of the mechanistic causes underlying aging pathologies [3]. At most it’s a pseudo-paradigm.

With the beginning of a new decade, the focus should be on determining a genuine paradigm for the field, one with ‘profound explanatory power’ [3]. We need to dig deeper to pull out the processes of aging.

Where does the issue come from?

In the medical field, oncology could be regarded as the “gold-standard” in terms of a science ‘with a conceptual structure and logical coherence’ [3]. The causal scheme of the hallmarks of cancer provides a solid account of primary and secondary mechanisms leading to metastatic cancer, and thus forms a true paradigm.

The hallmarks of aging, based on the cancer template, not so much. They are a group of ideas dressed up to mimic a paradigm, when there isn’t one. And this “draft” has quite a few weaknesses. Cellular damage accumulation as a main driver of aging is taken as a given, just like in cancer the primary role of mutation is implicit. But it seems that there is no compelling evidence of that. Just like there isn’t for the expansive list of hallmarks and their distinction between primary, secondary and tertiary causes. What also remains unclear is how the causes combine to give rise to diseases of aging, something little discussed in the field [3].

Worth mentioning is that the hallmarks of cancer template is grounded on human data. The hallmarks of aging template is a compilation of animal model – human extrapolation data from models that don’t necessarily reflect human biology [5].

The general lack of consensus on the definition of aging has been argued to misguide biogerontology and distract from a fundamental question by neglecting age-related diseases [6]. ‘How can aetiologies of senescent pathology be understood in terms of underlying mechanisms of aging?’ [3].

The vagueness of the aging definition also leaves open its mode of action. Is it a single process or should we rather talk about multimorbidity? It would seem that the latter is ‘closer to medical reality’ [3,7].

What should we aim for?

A multifactorial view of the causes and mechanisms of aging [3]. And it makes sense as most age-related diseases are multifactorial. There is a vast number of causes of pathology – from mechanical or molecular damage to pathogen infection or natural genome-related aging processes [8].

Therefore, if we need to look for a multi-cause template, then the cancer template needs to be set aside in order to explain aging. This new system would be composed of different classes of primary cause that would combine and contribute to bring about specific age-related diseases [3].

Designing such a system could prove challenging, even if we set out the basic idea that primary causes are universal across the animal kingdom. It could be that these are limited enough in number to allow for defining senescent pathophysiology and designing treatments.

Longevity companies have thus far based their research on the hallmarks of aging, but it remains yet to be seen if the existing pseudo-paradigm can lead to anti-aging therapies [3]. More than likely, they will have to move beyond the traditional framework and focus more on the processes of aging in order to develop efficient treatments.