A step towards digital immortality? 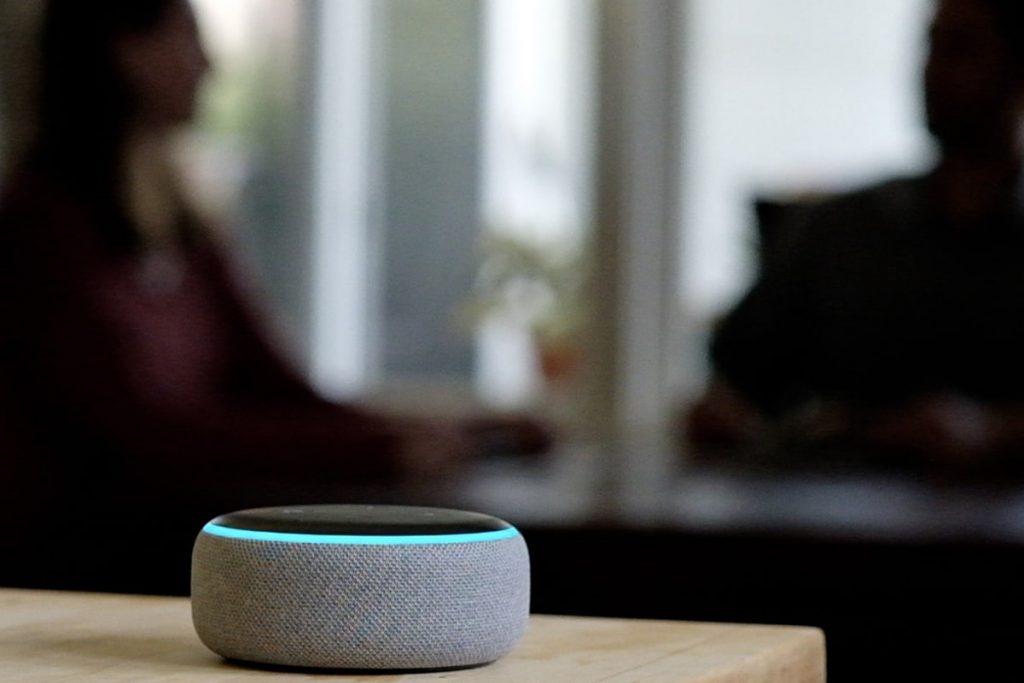 HereAfter allows you to share your life stories with loved ones for generations to come.

Longevity.Technology: HereAfter is the brainchild of James Vlahos who made headlines in 2017 with his Dadbot project – a text-based AI chatbot based on input from his father, who had been diagnosed with terminal lung cancer. When we first spoke with Vlahos last year, he was fully engaged in the challenge of building HereAfter. We caught up with him again to find out more about today’s launch.

Through the HereAfter app, users are interviewed by a chatbot that asks story-inspiring questions and records the spoken replies. The AI platform takes those recordings and automatically creates a custom voice avatar, unique for each user. 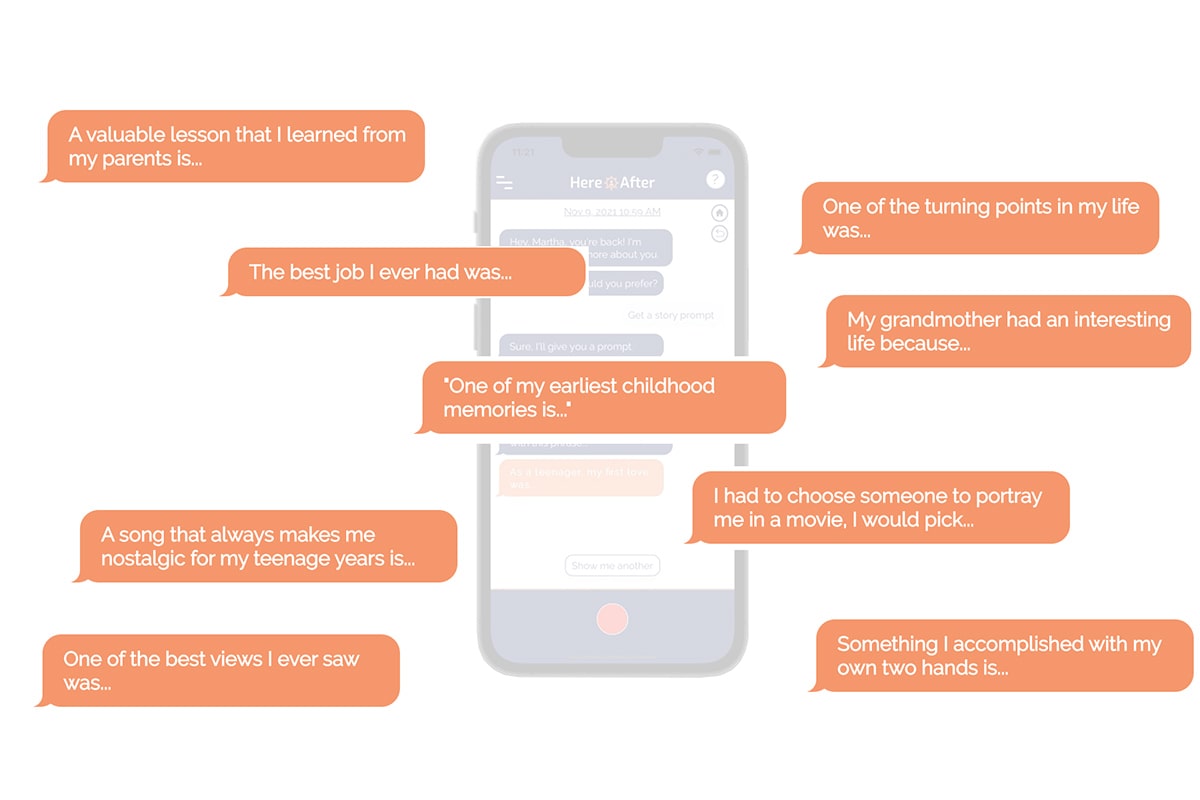 Family members and close friends can then chat with the avatars by speaking to the app or smart home speakers. Following their curiosity, users can ask a range of questions – what’s your earliest memory? who was your first love? how did you pick your career? when did you feel happiest? what is grandma’s fantastic lasagne recipe? – using whatever wording they like.

The avatar replies with stories, memories, and advice, speaking in the recorded voice of the person who created it. Photos related to the stories can be shown on screen at the same time.

Things have clearly progressed a lot since our last conversation with Vlahos, when many of the steps required were somewhat manual.

“Previously, to acquire information about customers’ lives and personalities… we did it the old-fashioned way – we employed journalists to interview people!” he tells us. “What’s more, the interviewers then needed to manually edit the audio into short clips that could be used by our avatar system. This method worked for the final product, but it was incredibly laborious, as you might imagine, and was only ever intended for the prototype stage.”

What HereAfter has unveiled today is a fully automated platform that allows the self-service creation of the voice avatars. 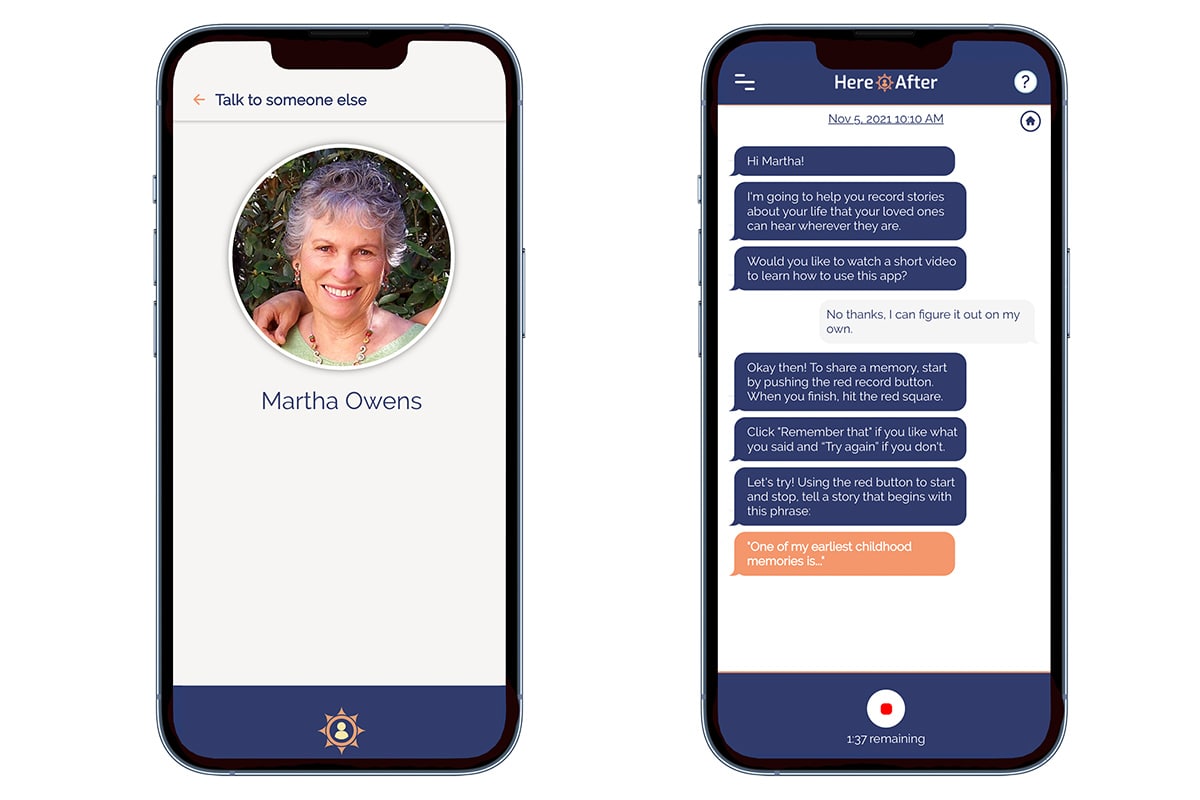 “We took what we learned from doing hundreds of hours of human-conducted interviews and built an automated chatbot interviewer,” explains Vlahos. “It asks you questions through the app and you share stories and aspects of your personality and record them. We can then automatically generate one of our avatars, no manual intervention needed.”

“The other major advance is that you can now share pictures to go with your stories, and they will pop up at appropriate moments during subsequent conversations with the life story avatars. Before, we were audio only.”

“Conversational AI is still very young as a technology, so whether you are interacting with Alexa, Siri, or a HereAfter AI Life Story Avatar, your can’t have extended, multi-turn conversations the way we do between humans,” says Vlahos. “With that said, our avatars can interpret a fairly broad range of life story-type questions. And those questions can be phrased with a fair amount that linguistic variability; you don’t have to read an exact question from a list to get an answer.”

Vlahos points out that the avatars can also engage in some small talk, such as greetings and closings, asking how people are, soliciting reactions to stories, and sometimes even asking users to share information about their personality and then sharing something on their own in a similar vein.

“An avatar might ask the user if the user is having a problem, and then offer some advice if so,” he adds. “And sometimes our avatars take the initiative in guiding the conversation rather than waiting for a question.”

Creating voice avatars on the HereAfter platform is free, with plans for sharing the avatars with family members starting at $7.99 per month. Looking to the future, Vlahos expects the capabilities of conversational AI to progress, and that this progress will be reflected in the HereAfter experience.

“For instance, it will be possible to for system to interpret the finer nuances of life story questions – not just “tell me about high school” but “tell me about something funny that happened to you in 10th grade,”” he says. “And we will continue to push forward from simple question/answer type interactions to the extended back-and-forth of true conversation. You can also expect the visual component of our product, currently limited to photos, to grow.”