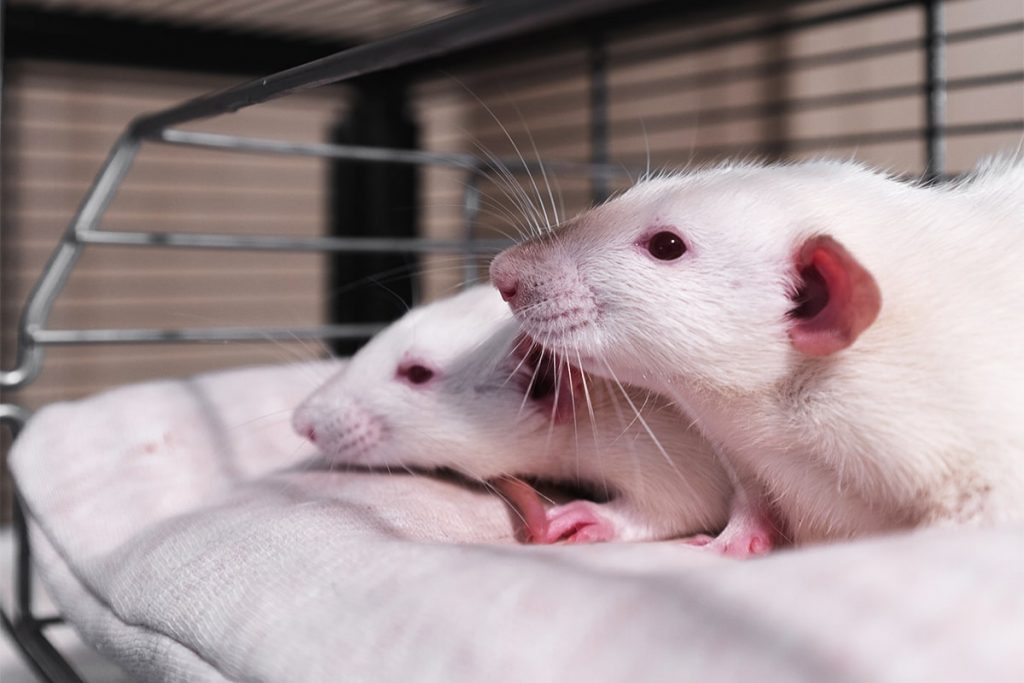 Research that followed hundreds of mice over their lifespans found that limiting calories and eating at the right time of day boosted longevity in mice.

“Eat less, live longer” is somewhat of a longevity mantra, but now a new study of calorie restriction in mice led by neuroscientists at UT Southwestern’s Peter O’Donnell Jr Brain Institute and the Howard Hughes Medical Institute shows that it’s not about how much you eat, it’s about when you eat too.

Longevity.Technology: Studies in a variety of animals have demonstrated that restricting calories can lead to both increased lifespan and healthspan. Now this new research, published in Science, suggests that the body’s daily rhythms play a significant part effecting these extensions. When feedings were timed to coincide with the active period of the circadian cycle, the lifespan of the lab mice were extended more than three times as much as calorie restriction alone, according to the researchers.

In the study of hundreds of mice over four years, a reduced-calorie diet alone extended the animals’ lives by 10%. But feeding mice the diet only at night-time, when the animals are at their most active, extended their lifespan by a whopping 35%. In fact, the combination of restricted calorie diet and active cycle feeding added an additional nine months to the mice’s average two-year lifespan [1].

Of course, most humans have active circadian periods during the daytime, so an analogous plan for us would be to restrict eating to a daytime period.

“We have discovered a new facet to caloric restriction that dramatically extends life span in our lab animals,” says Dr Joseph Takahashi, Chair of Neuroscience at UT Southwestern. “If these findings hold true in people, we might want to rethink whether we really want that midnight snack [2].”

There are hundreds of papers on calorie restriction, with research determining that CR can extend the lifespan of nematodes, flies, mice, rats and primates. These experiments also report weight loss, improved glucose regulation, lower blood pressure and reduced inflammation.

There are various diet plans that are based on eating certain amounts at certain times of the day, but people are not mice, so more research is needed to see if calorie restriction and timed eating could have beneficial effects on our lifespan and healthspan.

As we age, genes linked to inflammation tend to become more active, while genes that help regulate metabolism tend to become less active. The new study found that calorie restriction, especially when timed to the mice’s active period at night, helped offset these genetic changes as mice aged.

The experiment used automated feeders to control when and how much each mouse ate for its entire lifespan – some of the mice could eat as much as they wanted, but others had their calories restricted by 30 to 40%. The mice on calorie-restricted diets ate on different schedules and the researchers discovered that mice fed the low-calorie diet at night, over either a two-hour or 12-hour period, lived the longest [1].

“It’s pretty clear that the timing of eating is important to get the most bang for your buck with calorie restriction,” says Takahashi [2].

The results suggest that time-restricted eating can have positive effects on the body, even if the practice doesn’t promote weight loss. Takahashi points out that his research did not see differences in body weight among mice on different eating schedules.

“However, we found profound differences in lifespan,” he says [3].

Takahashi hopes that unpicking exactly how calorie restriction affects the body’s internal clocks as we age will help scientists find new ways to extend the healthy lifespan of humans. This extension could be effected through calorie-restricted diets, or through drugs that are able to mimic the effects of those diets.

“If we find a drug that can boost your clock, we can then test that in the laboratory and see if that extends lifespan,” he says, but Takahashi has already started learning from his mice, and now restricts his own eating to a 12-hour period [3].