News > AI/DigitalAI boost could mean dementia diagnosis in a day

AI boost could mean dementia diagnosis in a day 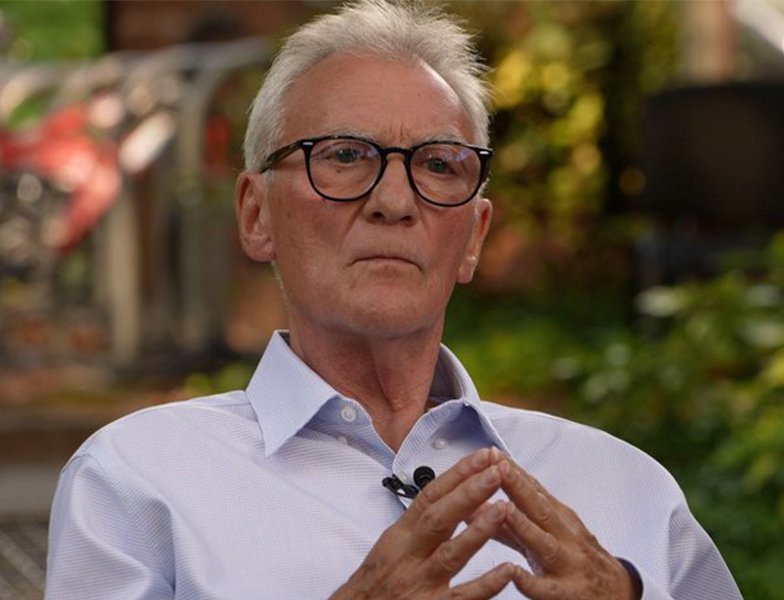 Addenbrooke’s patient Dennis Clark has become one of the first people in the country to take part in a new trial which uses artificial intelligence (AI) to help diagnose and treat Alzheimer’s disease and which is thought to be capable of diagnosing dementia after just a single brain scan.

Longevity.Technology: We often report on clinical trials and research on numerous, nameless subjects; the story of Dennis, however, reminds us of the real people that sit at the centre of the longevity space. Dennis is contributing to longevity research and longevity research is contributing to Dennis’s care and treatment. It’s a synergy that reminds us that better outcomes for people, whether that’s extended lifespan, improved healthspan or better quality of life, is what is driving the the growth of this sector and the passion and commitment of those involved.

Alzheimer’s is a degenerative disease; it causes rapid memory loss and impaired cognition, as well as intellectual and physical malfunction and often severe and distressing personality changes. As Alzheimer’s progresses in a person, their memory and thinking becomes more and more affected and currently there is no cure. Early diagnosis and onboarding of strategies that can slow the degeneration are key to reducing the burden on patients, families and healthcare systems.

Before lockdown, the 75-year-old retired sales director Dennis Clark had been enjoying his retirement with wife Penny, engaging in the usual pursuits, such as going on holiday and walking his two dogs. However, Penny noticed he was starting to forget things. “If I asked him to do something, he would do the opposite,” she says. “Then when we went out for a meal – which we didn’t do for a long time because of lockdown – he couldn’t remember how to pay for anything.”

Penny decided to call the family doctor for help when Dennis, who had always taken pride in his appearance, started to wear the same clothes over and over again.

“The GP did a quick test over the phone and said Dennis needed to be referred. I had heard Addenbrooke’s had a very comprehensive memory unit, so I was really pleased that we were able to be referred there. We had an initial consultation and we were asked if we wanted to go down the research route, which I was really keen for Dennis to do because it doesn’t just help him, it helps others as well.”

Dennis was referred onto the QMIN-MC trial which uses a machine learning algorithm developed by Professor Zoe Kourtzi, research lead at the Alan Turing Institute. The algorithm trains itself to diagnose patients by looking at MRI brain scans to identify patterns. It then combines these findings with the results of standard memory tests.

Addenbrooke’s consultant and clinical lead for the trial, Dr Timothy Rittman, explained: “Traditionally, when we look at patient scans we are looking for patterns to be able to help us exclude things like strokes and brain tumours. The computer can do this much more comprehensively than any human, helping to give us not only a more accurate diagnosis, but also a prognosis as well. With a better prognosis we can identify how quickly a patient is moving away from the normal pattern of the disease and amend their treatment and care accordingly.”

Diagnosing Alzheimer’s disease and dementia can take many months, typically requiring two or three hospital visits and involving a range of CT, PET and MRI scans as well as invasive lumbar punctures. However, doctors now hope AI can be used to provide a one-stop diagnosis; this will enable patients to begin treatment to reduce the effects of the disease more quickly and give families and friends more time to put preparations in place for the longer term.

To date around 80 patients have taken part in trial which was run by Cambridge University Hospitals (CUH), Cambridgeshire and Peterborough NHS Foundation Trust and two NHS trusts in Brighton.

“We are very grateful to Addenbrooke’s and would recommend other people take up trials as well,” said Penny Clark. “Quicker diagnosis means Dennis will be able to start medication that will hopefully delay his disease. It also means we can plan for the future and start to accept what is happening.

She added: “Fortunately Dennis doesn’t really understand the seriousness of it and is just trying to get on with life. We are hoping to get away again on holiday soon and still enjoy walking the dogs.”

If the results of the trial are positive the algorithm could be rolled out to thousands more patients across the UK and has the potential to save the NHS half a billion pounds over the next five years.