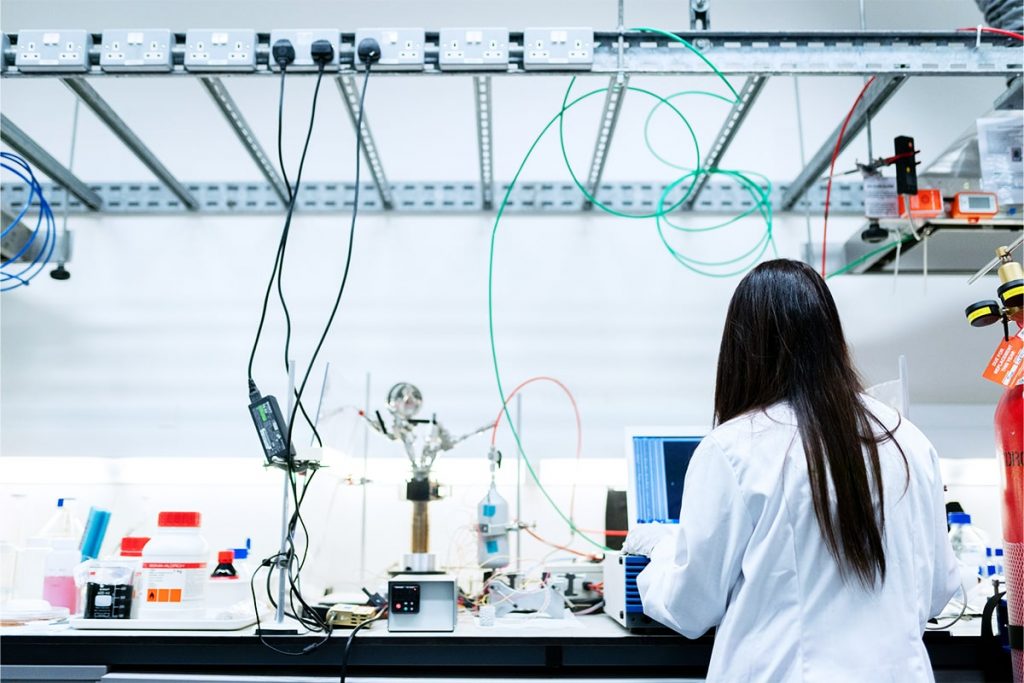 Gene therapy technique designed by the University of Washington can toggle on individual genes that regulate cell growth, development and function.

By combining CRISPR technology with a protein designed by AI, researchers from the University of Washington School of Medicine in Seattle have been able to awaken individual dormant genes by disabling the chemical “off switches” that silence them through gene therapy.

Longevity.Technology: This gene therapy approach, which is described in Cell Reports, will allow researchers to understand the role individual genes play in normal cell growth and development and diseases such as cancer; it will also broaden our understanding of aging at a genetic level. The new technique controls gene activity without altering the DNA sequence of the genome by targeting the epigenome – the chemical tags and modifications that help package genes in our chromosomes and regulate their activity. Epigenetic modifications affect gene activity and we collect them over time – this build-up of epigenetic markers contributes to aging, but can also affect of the health of future generations as they can be inherited.

Targeting the epigenome was an attractive prospect for the Washington team. “The beauty of this approach is we can safely upregulate specific genes to affect cell activity without permanently changing the genome and cause unintended mistakes,” Shiri Levy, a postdoctoral fellow in UW Institute for Stem Cell and Regenerative Medicine (ISCRM) and the lead author of the paper, says [1].

In the gene therapy research, Levy and her colleagues focused on a complex of proteins called PRC2 that silences genes by attaching a small molecule, called a methyl group, to a protein that packages genes called histones.

PRC2 is active throughout development but plays a particularly important role during the first days of life when embryonic cells differentiate into the various cell types that will form the tissues and organs of the growing embryo. PRC2 can be blocked with chemicals, but they are imprecise, affecting PRC2 function throughout the genome. The goal of the UW researchers was to find a way to block PRC2 so that only one gene at a time would be affected.

To do this, David Baker and his colleagues used AI to create a protein that would bind to PRC2 and block a protein the PRC2 uses to modify the histones. Ruohola-Baker and Levy then fused this designed protein with a disabled version of a protein called Cas9. Cas9 is the protein used in the gene editing process called CRISPR – Cas9 binds and uses RNA as an address-tag. The system allows scientists, by synthesising a specific “address-tag” RNA, to bring Cas9 to a precise location in the genome and cut and splice genes at very specific sites.

However, in this experiment the researchers disabled the cutting function of the Cas9 protein – calling it dCas9, for “dead”. This meant the genomic DNA sequence remained unaltered. However, it can no longer cut, dCas9 can still deliver, functioning as a transport for cargo and delivering it to a specific location. The AI-designed blocking protein was the cargo of the dCas9-RNA construct.

“DCas9 is like UBER,” explains Levy, “It will take you anywhere on the genome you want to go. The guide RNA is like a passenger, telling the UBER where to go [1]. In the new paper, Levy and her colleagues show that by using this technique, they were able to block PRC2 and selectively turn on four different genes. They were also able to show they could transdifferentiate induced pluripotent stem cells to placental progenitor cells by simply turning on two genes [2].

“This technique allows us to avoid bombarding cells with various growth factors and gene activators and repressors to get them to differentiate,” Levy explains. “Instead, we can target specific sites on the gene transcription promoters’ region, lift those marks and let the cell do the rest in an organic, holistic manner [1].”

Finally, the researchers were able to show how the technique can be used to find the location of specific PRC2-controlled regulatory regions from where individual genes are activated – the location of many of these are unknown. In this case, they identified a promoter region –called a TATA box – for a gene called TBX18. Although current thinking is that these promotor regions are close to the gene, within in 30 DNA base pairs, they found for this gene the promoter region was more than 500 base pairs away.

“This was a very important finding,” said Ruohola-Baker. “TATA boxes are scattered throughout the genome, and current thinking in biology is that the important TATA boxes are very close to the gene transcription site and the others don’t seem to matter. The power of this tool is that it can find the critical PRC2 dependent elements, in this case TATA boxes that matter [1].”

Epigenetic modifications decorate broad regions of the genome in normal and abnormal cells. However, the minimal functional unit for the epigenetic modification remains poorly understood, Ruohola-Baker notes: “With these two advances, AI-designed proteins and CRISPR technology, we can now find the precise epigenetic marks that are important for gene expression, learn the rules and utilize them to control cell function, drive cell differentiation and develop 21st century therapies [1].”