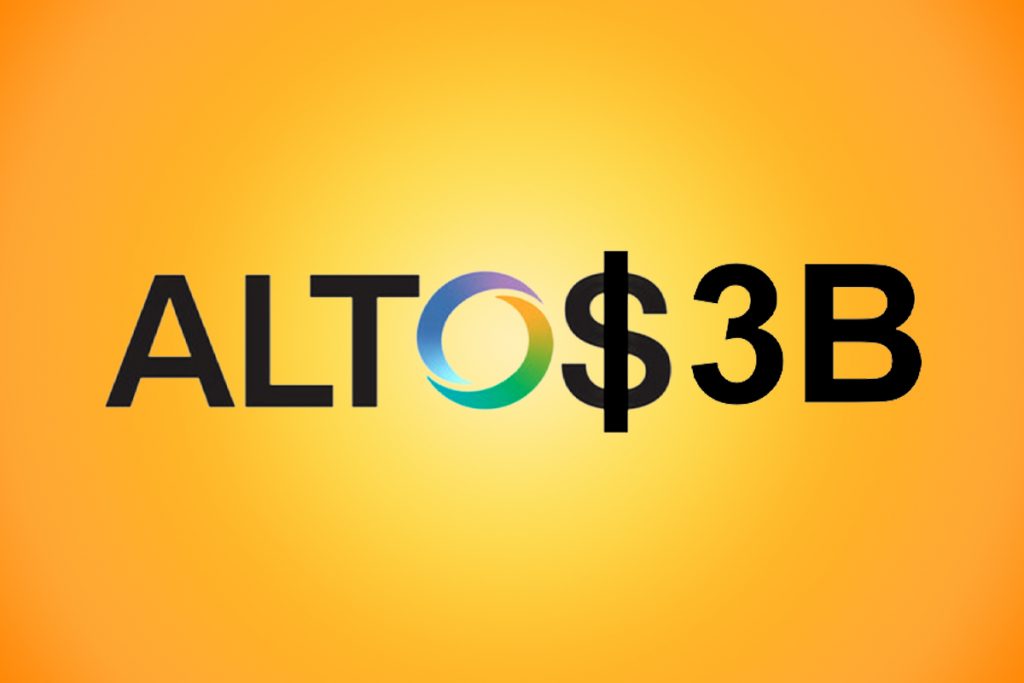 Altos Labs launches with the goal to transform medicine through cellular rejuvenation programming.

Altos Labs launched today as a new biotechnology company dedicated to unravelling the deep biology of cellular rejuvenation programming. Altos’ mission is to restore cell health and resilience to reverse disease, injury and the disabilities that can occur throughout life. The company launches with a community of leading scientists, clinicians and leaders from both academia and industry working together towards this common mission.

Longevity.Technology: After months of speculation, Altos has finally made an entrance. Launching with $3 billion fully committed from company builders and investors, it has been hailed as an instant unicorn, but Altos labs is being coy about whether Jeff Bezos’s rumoured multi-million investment is myth or reality. Either way, $3 billion is a terrific boost to the longevity space; cellular rejuvenation programming continues to make significant progress, with several wins already in its back pocket, including David Sinclair’s lab using cell reprogramming to rejuvenate optic nerves and Shift Bioscience, which is raising £3.5million to begin the target validation phase for genes that could become the targets of rejuvenation therapies. 2022 is already shaping up to bring about more successes, and we look forward to reporting on them when they happen.

The Altos executive team will be composed of Hal Barron, MD (incoming CEO), Rick Klausner, MD (Chief Scientist and Founder), Hans Bishop (President and Founder), and Ann Lee-Karlon, PhD (Chief Operating Officer). Hal Barron is currently President of R&D and Chief Scientific Officer at GSK and will join Altos as CEO and Board co-chair effective August 1, 2022. Klausner was former director of the National Cancer Institute and entrepreneur, Bishop was former CEO of GRAIL and Juno Therapeutics, and Lee-Karlon was former Senior Vice President at Genentech.

Altos Labs will be initially based in the US in the San Francisco Bay Area and San Diego, and in the UK in Cambridge, with additional significant collaborations in Japan; set within these geographies, activity will be organised across the Institutes of Science and the Institute of Medicine. The Altos Institutes of Science will pursue deep scientific questions and integrate their findings into one collaborative research effort, whereas The Altos Institute of Medicine will capture knowledge generated about cell health and programming to develop transformative medicines.

The three Altos Institutes of Science will be led by Juan Carlos Izpisua Belmonte, PhD, Wolf Reik, MD, and Peter Walter, PhD. Thore Graepel, PhD, will serve as global head of computational science, artificial intelligence and machine learning. Prior to joining Altos, Izpisua Belmonte was professor and chair at the Salk Institute, Reik was director of the Babraham Institute and is an honorary professor at the University of Cambridge, and Walter was professor at the University of California, San Francisco (UCSF) and investigator at the Howard Hughes Medical Institute.

Graepel previously served as research lead at Google DeepMind and professor at University College London. Within the Institutes of Science, an extraordinary group of Principal Investigators (PIs) will collaboratively pursue the many aspects of cell health and programming. The Altos team is packed with scientific leaders, including Morgan Levine, Steven Horvath, Maria Leptin and Nobel Laureate Shinya Yamanaka, who will serve as senior scientific advisor to Altos without remuneration, overseeing research activities in Japan.

“I am deeply honored to have been offered this once in a lifetime opportunity to lead such a unique company with a transformative mission to reverse disease,” said Barron. “It’s clear from work by Shinya Yamanaka, and many others since his initial discoveries, that cells have the ability to rejuvenate, resetting their epigenetic clocks and erasing damage from a myriad of stressors. These insights, combined with major advances in a number of transformative technologies, inspired Altos to reimagine medical treatments where reversing disease for patients of any age is possible [1].”

Altos Labs plans to integrate the best features of academia and industry – from academia the freedom to pursue the most challenging problems in biology, and from industry the focus on a shared mission, ability to foster deep collaborations, and the passion and commitment to transform science into medicines.

“Altos seeks to decipher the pathways of cellular rejuvenation programming to create a completely new approach to medicine, one based on the emerging concepts of cellular health,” said Rick Klausner. “Remarkable work over the last few years beginning to quantify cellular health and the mechanisms behind that, coupled with the ability to effectively and safely reprogram cells and tissues via rejuvenation pathways, opens this new vista into the medicine of the future. Altos begins with many of the leading scientists who are creating this new science.

Together, we are building a company where many of the world’s best scientists can collaborate internally and externally and develop their research with the speed, mission, and focus of private enterprise. Our success will depend upon a culture of intense collaboration, enthusiasm, and openness [1].”

Frances Arnold, Board member and Nobel laureate, believes that “Altos offers a whole new research and development model targeted to the oldest of human problems, slowing and even ultimately reversing the effects of disease. This remarkable team is poised to discover secrets of cellular health and transform the way we think about disease. Now more than ever is the time to restructure our approach to health by understanding, slowing, and even reversing the processes that lead to illness and death [1].”

Shinya Yamanaka, senior scientific advisor and Nobel laureate, said, “I am delighted to be a part of Altos and believe it to be one of the most important and exciting new global scientific endeavors. The possibility of rejuvenation programming has only recently become a scientific reality and has the potential to enable us to approach human disease in an entirely new way. I am glad that I will help scientists in Japan to work in this exciting field [1].”

The Altos Bay Area Institute of Science will be led by Peter Walter, PhD, whose research has focused on developing molecular understanding of how cells control the quality of their proteins and organelles during homeostasis and stress.

The Altos San Diego Institute of Science will be led by Juan Carlos Izpisua Belmonte, PhD. Dr Izpisua Belmonte is a pioneer in the field of regenerative medicine. He has developed numerous strategies to improve health, including tissue and organ regeneration and cellular and organismal rejuvenation.

The Altos Cambridge (UK) Institute of Science will be led by Wolf Reik, MD. Dr Reik is a leader in epigenetic reprogramming of mammalian cell and is honorary professor of Epigenetics at the University of Cambridge.

Altos will also support activities in Japan, guided by Shinya Yamanaka, MD, PhD, who will serve as Altos senior scientific advisor without remuneration. Dr Yamanaka is among the world’s leading authorities on stem cell science and is a recipient of the 2012 Nobel Prize in Physiology or Medicine for the discovery of induced pluripotent stem cells.

Across all aspects of Altos Labs will be a commitment to computational science, machine learning, and artificial intelligence with activities led by Thore Graepel, PhD. Graepel was most recently research lead at Google DeepMind and chair of Machine Learning at University College London and is one of the foremost minds on how to build more intelligent systems and agents that learn from experience.