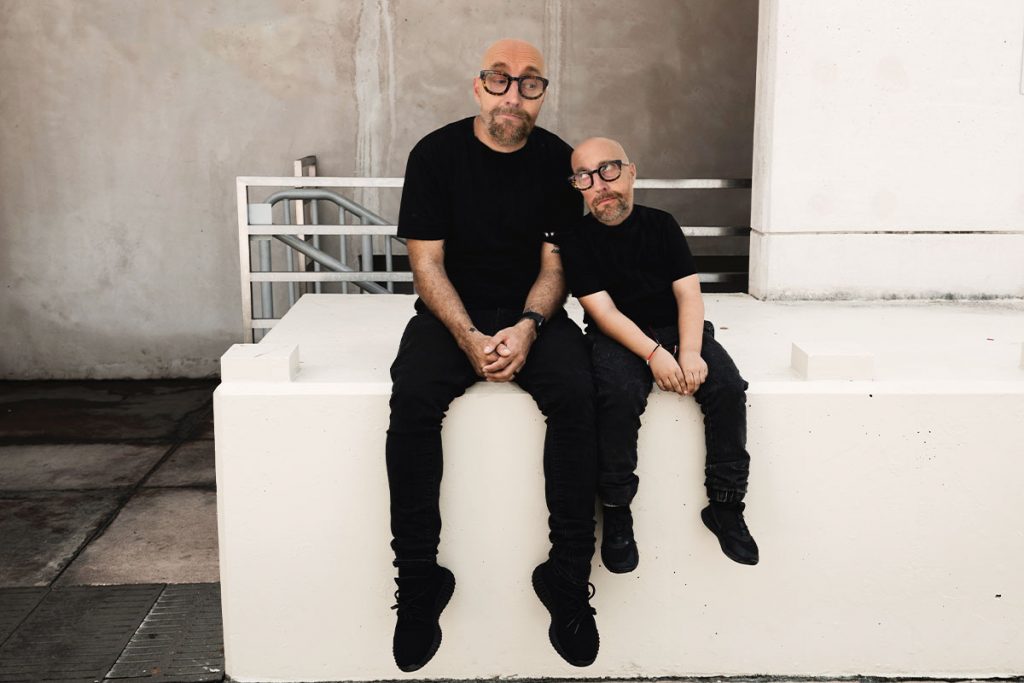 They say age is just a number, but can science and lifestyle make it a smaller number? And how do we validate that?

I always like to think of myself as a ‘young 55’, but I’ve started to notice a number of aging traits enter my life – intolerance of people who put their feet up on seats, grey hair (no hair), finding it harder to lose weight, feeling the cold more, not really getting TikTok… Is this the beginning of my decline or is my age something that I can actively control?

We’re all aware of the growing list of options available to anyone to adjust their healthspan and lifespan; I employ many of them, but how am I actually doing? Am I moving the needle on my biological age?

If I could stay at 55 for a long time I’d be happy – time standing still despite my early old-age symptoms. Pressing pause on my aging is appealing as avoiding a biological age of 60+ years is high on my agenda, because this is when the diseases of aging will really start to take hold, and my accelerated decline commences. You might be picturing a looming cliff edge at this point – I certainly am, and I don’t like it.

This is why epigenetic testing is so fascinating – getting to grips with my biological age, how it serves as a biomarker and what it all means for my health and longevity.

Back in April 2022, I took an epigenetic test from one of the leading epigenetic test vendors and was delighted to learn that I was epigenetically 47.49 years against a biological age of 54.9 years at the time: boom!

Across events during the 2H22 conference season, I shared my thoughts (and our team’s fantastic data) on the growth of the longevity industry. In my deck there was a section about how I’m addressing my own longevity and to make a point (I can’t help myself sometimes!), I would throw my wife under the longevity bus: “My wife’s old enough to be my mother”. She doesn’t think it’s very funny, understandably – just ask anyone in the field of ovarian longevity.

However, based on the negative results from her epigenetic test she has started to supplement and change her protein intake, so I’m really pleased about this – although, she still thinks the amount of supplements I take is crazy.

I figured it would be advisable to try an alternative test. There are a growing number of companies offering epigenetic tests and, while at RAADfest in October 2022, I took advantage of an at-show offer to try a test from one of the ‘gold standard’ tests – one, in fact, that has just released an updated version.

8 weeks later the results arrive: epigenetically 55.3 years against a biological age of 55.5 years: 0.1 epigenetic years younger than my chronological age: damn – I thought I was doing really well!

Well, I am. According to the first test, I’m 8 years younger; according to the other, I am, but very slowly and not enough to put a dent in my goal of staying 55 years old epigenetically for a very long time.

When I spoke with the team from epigenetic test 2 they were very open to running the raw data from test 1 (vendor 1) through their system to produce a ‘Longitudinal Tracking Report’ to see if there was an aging trend between April and October 2022.

The interesting points that came from this exercise:

Interesting, yet also somewhat concerning in that this nascent, but growing, industry is promoting tests that are so far apart. It was wonderful that both vendors were prepared to collaborate so openly on my small N=1 study, but should I be worried that there’s no baseline for the industry?

Back in October 2022 in Berlin, the opening keynote for the Rejuvenation Startup Summit conference was Dr Eric Verdin, President and CEO of The Buck Institute for Research on Aging. Eric is always both very well informed and very straightforward; and at Berlin, he rather put the epigenetic testing industry on notice.

Based on, as yet, unpublished research conducted in Eric’s lab at the Buck Institute, he shared findings that showed a wide variance between multiple epigenetic tests and identified, what he felt, was a fundamental flaw in the science.

As he told me when we interviewed in Berlin: “Current clocks have great predictive value, but they are compound of two different clocks. Now we know this, we can separate the process out into two different clocks that will tell us different things – they are both related to aging, but via different mechanisms. In the future, this will allow us to refine our analyses and have better tools.”

My epigenetic samples were collected via blood, but epigenetic data can also be collected from saliva too. FOXO Technologies is the first mover to bring together epigenetic biomarkers, underwriting protocols and consumer engagement tools, they won’t be the last; it is a natural step for insurers to want to reduce the actuarial risk of ill health and early death of their customers.

When I interviewed FOXO’s Erin Sharoni in July (Erin has since left the company), she assured me that there was no insight into personal data by the insurer, who would only see anonymised and depersonalised data of their customers’ epigenetic and health data, while the policy holder benefits from the guidance they receive from a personalised longevity report.

I can’t help but muse on the future ambition of insurers to access deeper levels of data to support individualised policy creation using epigenetic data. If such policies evolve, it would only be right that the data is based on solid, peer reviewed, quality tested, industry standard tools.

A call for standards

When I was in the tech sector, there were standards bodies that regulated everything in the industry – from open software standards to interoperability for 5G. A group of like-minded individuals would agree that it was time for agreed standards to collectively benefit from aligning behind a common set of processes and deliverable standards. Yes, the participants were invariably in competition with each other, but they could see the benefit of working together to create a technically and commercially acceptable standard that would be trusted by both businesses and their end-user customers.

With the advent of the Longevity Biotech Association and the Longevity Science Foundation, there is obviously momentum building in the longevity industry – but as we’re all so focused on slowing, stopping or reversing aging, it’s really time that the industry pulled together to standardise the measurement of aging.

As Eric Verdin said: “Everyone recognises that the identification of predictable, validated biomarkers is going to be a bottleneck in terms of proof – if we discover drugs that we think slow down aging, we are going to have to prove it not only in mice, but in humans. No-one is prepared to do a 30-year clinical trial in humans!”