An operating system for senior living 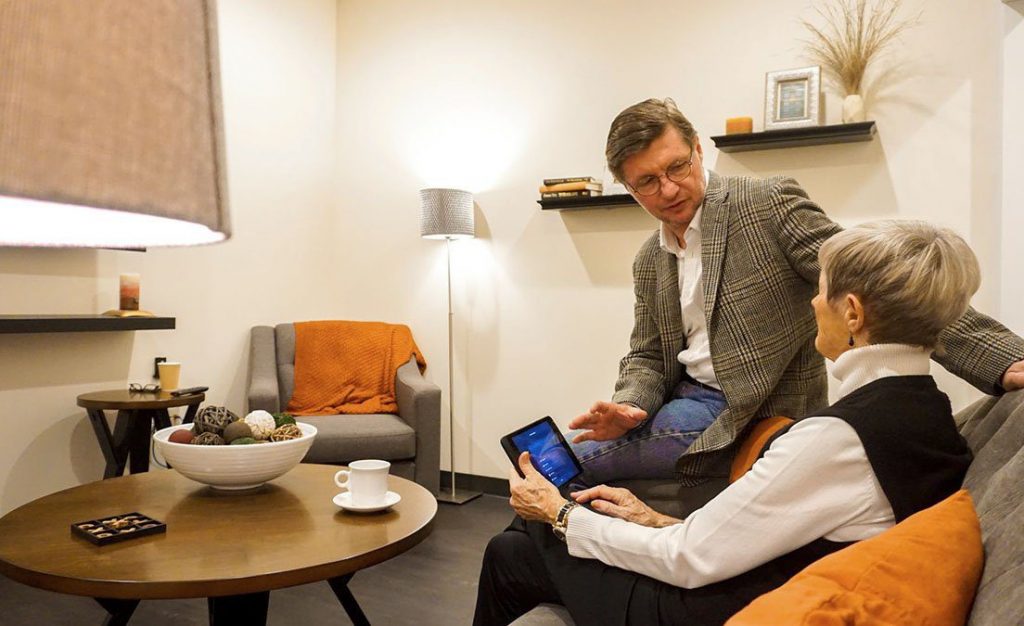 K4Connect aims to create a smart OS for senior living with a single interface for all technologies.

Technology adoption among older adults has been consistently increasing over the years. In 2000, just 14% of those aged 65 and older used the internet, compared with 73% today, and more than half of them are smartphone owners. [1] But despite the high adoption levels, use of technology by the elderly is still hampered by usability and design issues.

A recent University of California San Diego study looked at technology use by older adults and found that “a significant source of frustration in their interactions with digital products lay in the inadequacies in software and hardware interfaces that permit access to different functionalities.” [2]

Longevity.Technology: The ‘lack of use’ challenge has implications on Longevity, and in particular healthspan, as our quality of life is increasingly associated with technology, from health and wellness apps to smart home and assistive technologies.

One company seeking to resolve this challenge is North Carolina start-up K4Connect. With its K4Community solution, the company has developed a single “operating system” for senior living communities that brings together a wide range of smart products for residents, staff and operators in a single, simple interface.

K4Connect’s co-founder and CEO is F. Scott Moody, a technology veteran and former CEO of fingerprint sensor firm AuthenTec, which was acquired by Apple in 2012 and provided the foundation of its Touch ID feature.

“After that I decided to retire, I can honestly say I was pretty burnt out,” says Moody.
But retirement didn’t last long. On a trip to Rwanda, Moody met an entrepreneur who helped battered women become bakers, and was inspired to start working again on something that could make a difference in people’s lives. Shortly afterwards, he got together with Jonathan Gould, the technology brains behind K4Connect and they came up with the idea for a single “multi-modal” operating system for an environment – something they called FusionOS.

K4Connect was founded in 2015 but, at the time, Moody and Gould didn’t have a specific market in mind for the system. A chance meeting over coffee with an advocate for the homeless changed all that.

“At the end he asked me, what does K4Connect do?” recalls Moody. “And I explained how all of these things could work in a very responsive way in your home and just make things easier, more convenient, and so on. And he said, ‘I have MS and that would be a great product for me.’”

That conversation became the catalyst for pivoting the company to focus on older adults and people living with disability – and K4Community was born.

Launched in 2017, K4Community focuses on six key pillars to enable smart senior living communities. Three of which are specifically focused on the residents: home, wellness and engagement. Moody describes the end-user experience as “the mission” of his company, pointing out that the average age of the 30,000 people using K4Community today is over 83, and that 85% of those people are now using the system on a daily basis.

The other three pillars are more relevant to the operators: productivity, building and insight. Moody points out that senior living communities don’t typically have large IT departments, which also holds back widespread adoption of technology in the sector.

“They love all the different technologies, and they know that they can solve problems for them, but they don’t have the bandwidth,” he says. “We bring together all these different things into one. We integrate anything really, even at a device level. We don’t make any devices – it doesn’t make any difference what the device is or who made it, it doesn’t even make any difference what the protocol is, because we can integrate with it.”

Moody admits that the early days were challenging, from a technology, end-user and operator perspective.

“There was a lot of learning – it is a really hard market,” he says. “So it took us a little while to figure it out. But we’ve really seen a ramp in the last year, year and a half.”

The company now boasts around 30 senior living operators as customers across 15 or 16 states, and Moody expects that figure to at least double in 2020. This year will also see the first pilots of a new product targeted for the home care market, which he hopes will launch by the end of the year.

K4Connect has raised over $20 million to date, with significant investors including Intel Capital and AXA Venture Partners, as well as announcing a strategic partnership with the Ziegler Link-Age Fund last year. Moody expects that the company will be looking to raise a Series C financing in late 2020 or early 2021.