News > AgetechAPPG for Longevity aims for parity in healthspan AND lifespan

APPG for Longevity aims for parity in healthspan AND lifespan 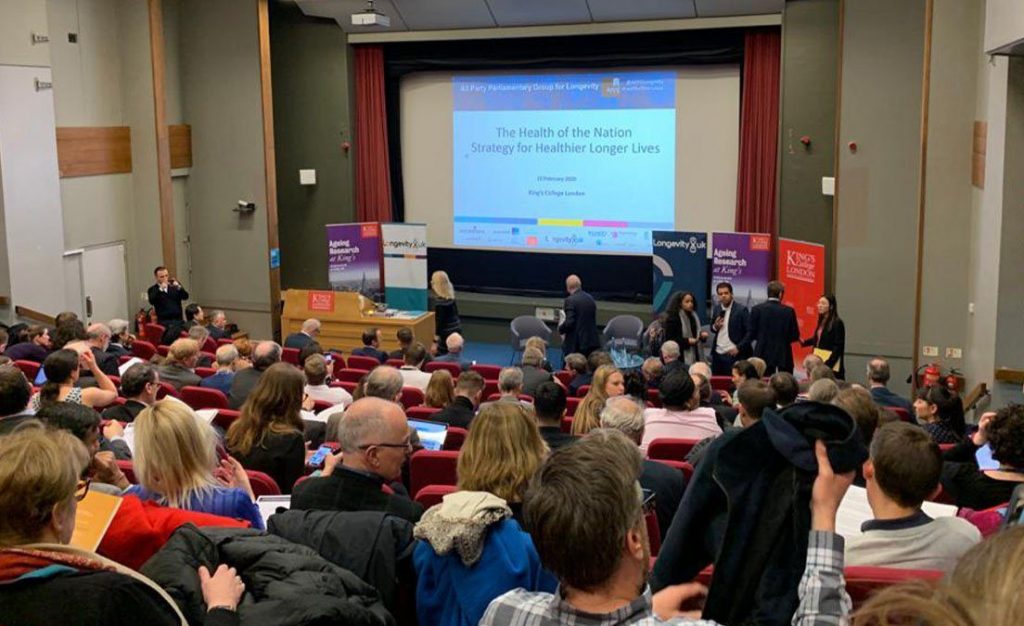 UK All-Party Parliamentary Group (APPG) for Longevity pushes for action to remedy health equality as aging population stretches National Health Service. Time for a Longevity strategy to ride the Silver Tsunami rather than be engulfed by it?

The UK’s new Chief Medical Officer is part of an APPG for Longevity that is warning today that the NHS could be overwhelmed by an old-age health crisis, as the elderly population in Britain soars, but a longer life is just meaning “just extra years of bad health” with inequality both in terms of sex and postcode.

Longevity.Technology: The UK is aging and radical solutions are needed if the Government is going to make good on its “five extra years of healthy, independent life by 2035” promise. A new strategy enabling disease prevention and research could be just what the doctor ordered.

The All-Party Parliamentary Group for Longevity (APPG for Longevity) is arguing that significant changes are needed if living longer is also to mean staying healthier for longer. We are pleased to see that they have put increasing the amount the NHS spends on prevention, as well as maximising “strength in research, technology, innovation and data” with an eye firmly fixed on prevention, at the top of the Longevity agenda.

The Health Minister Matt Hancock MP addressed the imbalance between the north and south of England in a keynote speech, noting that it needing redressing. The Minister also envisaged a role for AI and other new technologies in ensuring a healthy old age for all UK citizens, a positive outlook that we at Longevity.Technology welcome.

“If we did nothing on this we will get to a situation where the burden of disease for the country – the number of people who are actually suffering from lots of long-term medical conditions – will go up and service delivery will stay where it is. The gap between what people need and what people get will widen,” said CMO Professor Chris Whitty. “We have under-appreciated how much in the future this is going to be an issue. This is predictable and it’s solvable, provided we take a long run at it [2].”

The APPG for Longevity is led by Lord Geoffrey Filkin and Tina Woods with support from the Behavioural Insight Team, Centre for Ageing Better, Health Foundation, Kings Fund, Public Health England and others, with top academics and leaders from science, technology and business. After nine months of evidence-gathering, it has concluded that the Longevity outlook in Britain is worse for women.

Looking at the age by which the first long-term health condition is developed, the APPG found in a recently piloted objective population-wide NHS study of data that women may live for 29 years in poor health and men for 23 years. This is an increase of 50% for women and 42% for men.

In addition, men and women in Britain’s poorest areas are being diagnosed with a significant long-term condition when they are, on average, only 49 and 47 years old respectively. There is immediate action that can be taken.

Damian Green, MP, Chair of the APPG for Longevity, said: “This report describes both a shocking current picture – and an optimistic future one. What is shocking is that far too many citizens get prematurely ill with illnesses that could have been avoided. Premature avoidable ill-health is rampant, and it is bad for individuals, our society and our economy.”

He added: “The optimistic point is that we can change this, but it will require action by charities, local authorities, business, academia, central government and by citizens themselves [3].”

Postcode differences, or inequality between the sexes are often headline-grabbing, but it’s what happens as a result that interests us at Longevity.Technology. How will this National Strategy be deployed and will we see significant investment in age and disease prevention, as well as tackling the disparity between the outlook for men and women in the UK? We see Longevity as an opportunity, not a hurdle to be overcome, and it looks as though the APPG does too.

It summarises: “For too long, the talk has been about the ‘problem’ of rapid population ageing. We see the longevity revolution as one of the most promising opportunities of the 21st century. And we’re going to make radical proposals to ensure we all get a chance to enjoy its benefits with the new elected government [4].”

We will be reviewing this report in the next few days, stay tuned for updates.