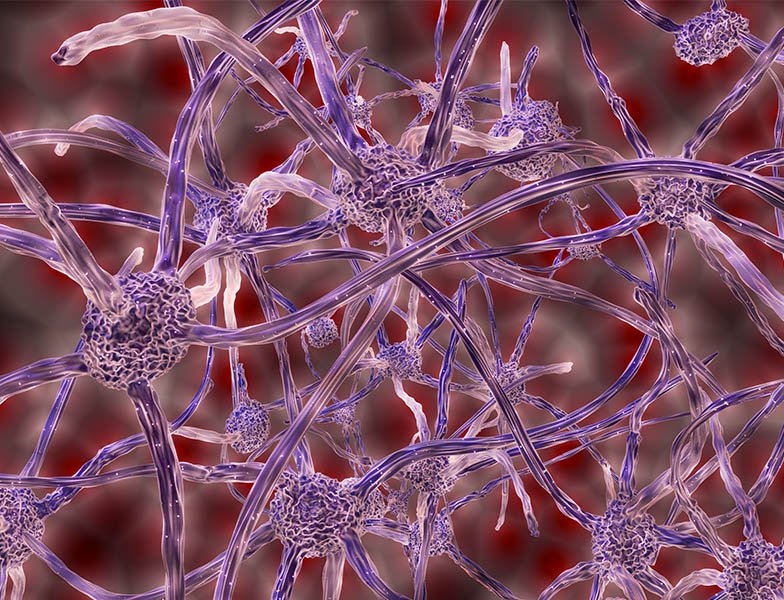 Nerve cell protein levels could be biomarker to predict mortality in individuals.

Nervous system degeneration seems to be inevitably linked to mortality in older individuals – at least that’s what one study published in Nature Aging suggests. Neurofilament Light chain (NfL) is a structural protein that gives nerve cells their configuration and immutability, and NfL is increasingly being used as a biomarker for neurological injury, illness and disorders like Alzheimer’s disease and multiple sclerosis.

Longevity Technology: Because aging is a complex biological process, the role of the nervous system in determining the life span and longevity of individuals is not yet completely understood. Thus far, there has been a lot of research done on Nerve Regeneration Technology, and even drug delivery systems for neurological disorders, but now it seems like a widening knowledge of nerve cells could allow leverage of biomarkers, molecular predictors of lifespan that could lead not only to improved diagnostics and disease prevention strategies, but to healthcare strategies that could extend life.

The NfL protein is typically found inside a cell, but with cell damage, the protein is released into the cerebrospinal fluid and bloodstream, making the levels easily measurable and directly indicative of the damage that has taken place.

The team on the study (made up of researchers from Stanford University in the US, the University of Tübingen in Germany and Odense University Hospital in Denmark) began with measuring NfL samples from 122 individuals between the ages of 21 and 107. The results confirmed the suspicion that NfL levels in the blood increase with age. The researchers also noted a rise in other proteins necessary for neuronal function [1].

The study closely examined health data of 180 people in their 90s and 135 people 100 and older from Denmark. Data collected included NfL measurements from blood samples and an assessment of physical and cognitive abilities from a few years ago.

The study’s findings point to a link between nervous system dysfunction in old-age mortality.

They then looked at Danish registry records up until January 2019 for death dates of the subjects. The analysis revealed that higher NfL levels are correlated to shorter survival times. The values of the protein itself outperformed other measurement types in estimating remaining life span where a subject’s physical and cognitive abilities were examined.

In addition to this, the research team conducted various experiments on mice, including one involving dietary restriction. This is known to extend lifespan in many species, and also decreases age-related rise in NfL blood levels.

The mice that were fed the restricted diet from 16 to 20 months old measured 50% less NfL in their blood samples compared to older age-matched controls given a normal diet, which further supports a correlation between blood NfL levels and mortality. It is still undetermined whether or not dietary restriction would aid humans as well in measurement of this protein, as well as what types of dietary restrictions could be most beneficial for the overall health of the nervous system and the organism as a whole.

The study’s findings point to a link between nervous system dysfunction in old-age mortality. Evaluating physical and mental fitness evaluations can be time-consuming, difficult to perform in older people and hard to do regularly. An NFL biomarker would be a more accurate predictor of lifespan and mortality, and although a more invasive test, perhaps less intrusive than repeated attempts to determine data via evaluations.

However, further research comparing the NfL biomarker with other biomarkers for aging and mortality risk is warranted, as a spectrum of biomarkers usually presents the clearest indication of aging. The future of personalised medicine, tailored to individual health and guided by this protein and the nervous system as a whole, looks promising.
[1] https://www.nature.com/articles/s43587-021-00028-4