News > BiotechBioViva to spin out its R&D and bioinformatics 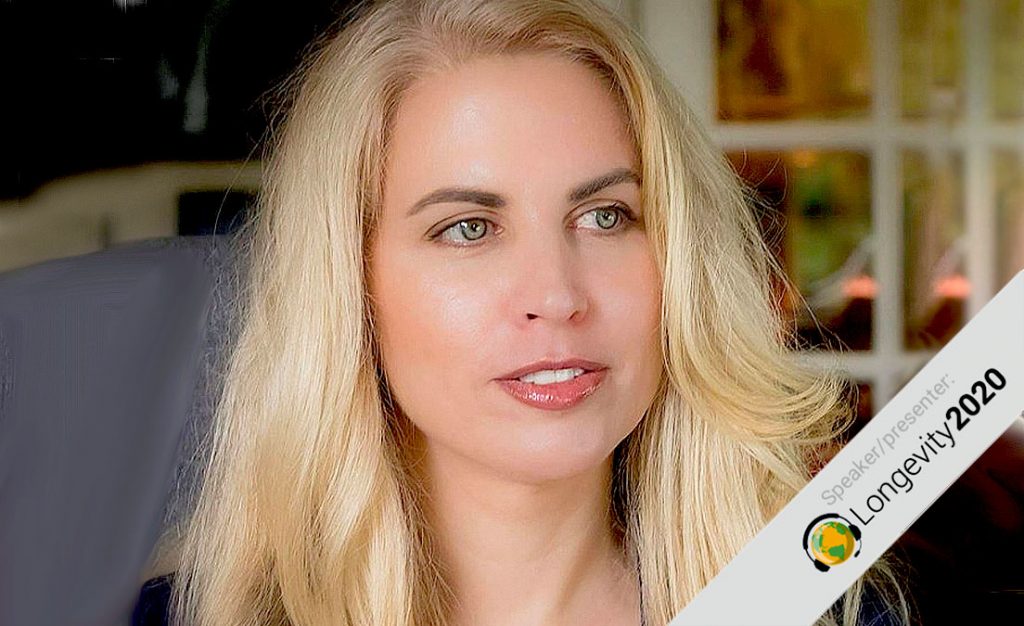 From academics and entrepreneurs to engineers and technologists, the battle against aging and age-related disease is often a personal one. Elizabeth Parrish’s path towards Longevity was laid in 2013, when her son was diagnosed with Type 1 diabetes.

Longevity.Technology: Elizabeth (Liz) Parrish, CEO of BioViva and a speaker on Friday in the Longevity start now session at this month’s Longevity2020 online conference.

At the time, Parrish had been working as an advocate for the use of stem cells, and had “fallen in love with genetics” because of the regenerative capacity genes provide to cells. Following her son’s diagnosis, she realised that these technologies didn’t actually translate to humans and, in particular, for children.

“At that point I went looking for cures for kids,” she says, before describing how she went to a conference about aging that convinced her of a way to target disease in children.

“Over 100,000 people die every day of age-related diseases and I saw that by treating biological aging, we could ethically get treatments into humans that need them today.”

“Over 100,000 people die every day of age-related diseases and I saw that by treating biological aging, we could ethically get treatments into humans that need them today,” she says. “And these treatments that treat aging also treat childhood diseases. It took me a couple more years to study the technology, to meet a bunch of people in the industry, and to start a company to help people get access to those technologies.”

That company is BioViva, which was launched in 2015 to develop therapeutics designed to improve healthy longevity. As N-of-1, Parrish herself started taking two therapies (a myostatin inhibitor and a telomerase gene therapy) to treat biological aging, in a move that garnered her both plaudits and criticism.

“That got a lot of interest in the media and a lot of scorn,” she recalls. “But it was great, it really started a conversation and really put it out there that the time was now. I thought that even people in the Longevity industry were working way too slowly, because we needed to get the technology into people.”

But BioViva was not able to get gene therapy technology into people legally in the United States, so Parrish formed a partnership with a new, non-US, company called Integrated Health Systems, which controversially offers treatments at locations around the world where patients can legally take a drug by consent.

“So now we can help the whole Longevity industry because any company, if their drug is ready for humans, can bring them to Integrated Health Systems and medical doctors can actually test those technologies in human bodies.”

“So now we can help the whole Longevity industry because any company, if their drug is ready for humans, can bring them to Integrated Health Systems and medical doctors can actually test those technologies in human bodies,” she says. “So if it’s agreed between the medical doctor and the patient to take an experimental therapeutic they can do that. And that should be the right anywhere in the world – everyone should have the agency and autonomy to do that. Unfortunately, they don’t.”

Integrated Health Systems has been up and running for about a year and a half now, and Parrish says that the response from patients and doctors so far has been positive and is looking forward to sharing the results.

“As far as the results that we’re seeing in patients, that is something that we’ll probably be able to talk about in early 2021,” she says. “We’re going to be moving the data over pretty soon.”

“We are setting up with our bioinformaticians to handle the patient data of what happens in Integrated Health Systems in order to move that data into literature that will help those companies get funded,” she says. “Help them to know where their drugs work, where their drugs don’t work, and expedite the funding process through the regulatory systems.”

Collecting and storing patient data also makes BioVault a controversial subject, but Parrish is keen to push forward with the product.

“You don’t have to share your data with us – at the very least, it’s a great DropBox for your health data, you can put all your health data in one place instead of having it under multiple logins,” she says. “Best case scenario is you share your data with us and we can start analysing it and looking at aging markers. And then we can use the general public who participates in BioVault as a control group against the gene therapy patients.”

From a business model perspective, Parrish is looking to make some changes this year, with BioViva becoming a holding company, presenting an opportunity for private investors “who want to get behind really big changes in human health.” The plan is to spin out parts of the company into subsidiaries.

“And we are looking to turn the bioinformatics component into a subsidiary as well,” she says. “The benefit there is that you only own shares in that subsidiary, but you get in at a much lower valuation than the BioViva holding company.”

“I think that countries will realise as people stay healthier longer, they save literally trillions of Dollars on every one of the diseases of aging. So I think it will democratise very quickly once it shows evidence.”

While plans are still being put together for the spin outs, Parrish expects to need to raise in the region of a million Dollars for each, and expects that they will appeal to a wider audience of investors.

“The mission for the BioViva holding company is broad and it’s much more high risk,” she says. “The other companies are looking to solve the issues of aging – it’s more straightforward. It’s data science on one side, and R&D and drug discovery on the other side.”

Parrish reiterates that everything she does is driven towards curing aging and then, in turn, curing childhood disease. And she feels confident about achieving it.

“I’m really optimistic about this because we’re the first company looking at how the evidence in model organisms actually translates to evidence in humans,” she says. “I think that countries will realise, as people stay healthier longer, they save literally trillions of Dollars on every one of the diseases of aging. So I think it will democratise very quickly once it shows evidence. We have to stop being so risk averse. We’ve got to get out there and do it.”