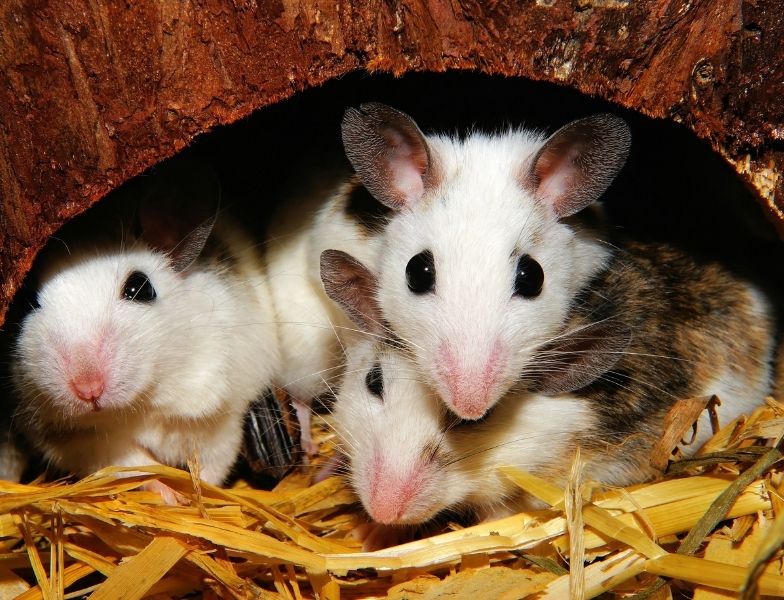 Researchers led by Kyushu University have succeeded in using mouse stem cells to reconstruct structures in the ovarian environment critical for the generation of mature egg cells. What is even more exciting is that the researchers were able to apply their findings to generate functional egg cells and even grow viable mice.

The team hopes these findings can be used to treat infertility by understanding its underlying causes and to aid the conservation of critically endangered animals through the production of egg cells.

Longevity.Technology: A core tenet in studying stem cells is understanding how a single cell with the potential to become anything can specialise into cells that make up an organ or tissue, a process called differentiation. Katsuhiko Hayashi, professor at Kyushu University’s Faculty of Medical Sciences, has been working on uncovering the mechanisms behind the growth and development of a fundamental cell for life, the oocyte, which is the immature stage of the ovum, also known as an egg cell. Understanding these mechanisms will not only scaffold pluripotency research, but shed light on fertility, menopause and female aging.

We launch our report into ovarian aging next week in which we will argue that there needs to be a radical rethink of women’s reproductive health, not only to extend fertility and delay the menopause, but to understand the role that the aging of ovaries – the pacemaker of aging in women – has on women’s life expectancy.

Hayashi, who led the study published in Science, says: “Many major breakthroughs have been made in understanding oocyte development, going as far as generating mouse and human oocytes from their respective stem cells and even breeding healthy mice [1].”

However, one major hurdle in the process is making the proper support system that helps differentiate stem cells into oocytes. In the body, primary oocytes begin to mature during puberty with the support of other cells. This collective aggregate that eventually produces a mature egg cell is called the ovarian follicle.

“While we have been able to artificially make mouse oocytes from stem cells, for them to mature we had to combine them with cells called gonadal somatic cells that were extracted from mice,” explains first author Takashi Yoshino, assistant professor at the Faculty of Medical Sciences.

“If we hope to better understand oocyte development and apply this technology to endangered animals and even humans, we must also be able to make the support system from stem cells [1].”

The team’s first step was to study mice and identify the critical genes and their production timing that gives rise to gonadal somatic cells. Following the identification, they meticulously tested mouse stem cells under differing culture conditions until they were able to produce cells with similar features [2].

“We call these cells fetal ovarian somatic cell–like cells, or FOSLCs, since they have the same genetic expression profiles as gonadal somatic cells. The next step was to aggregate the FOSLCs with the stem-cell-derived primordial germ cells – the oocyte precursors – we’ve been developing through our past work and see if they mature into oocytes,” says Yoshino [1].

After several days of growth, they were able to observe the cells beginning to form follicle structures surrounding the oocytes. Following confirmation that these cells were in fact fully grown oocytes, the eggs were fertilised and transferred into a surrogate mouse, successfully giving rise to offspring.

The new system is expected to provide a means of producing a large number of oocytes without the need for harvesting the necessary cells from host animals.

“This will significantly help improve our understanding of ovarian follicle development and reproductive biology as a whole,” explains Hayashi.

“The application on humans is technically feasible, but because of the genetic and epigenetic instability of in vitro made gametes, we still must carefully think and discuss the ethics and technology of its application. We will continue our work to further elucidate the mechanisms of this fundamental and unique extension of life [1].”

You can pre-order your copy of the Ovarian Report here as part of our subscription package.
[1] https://www.kyushu-u.ac.jp/en/researches/view/217
[2] https://www.science.org/lookup/doi/10.1126/science.abe0237