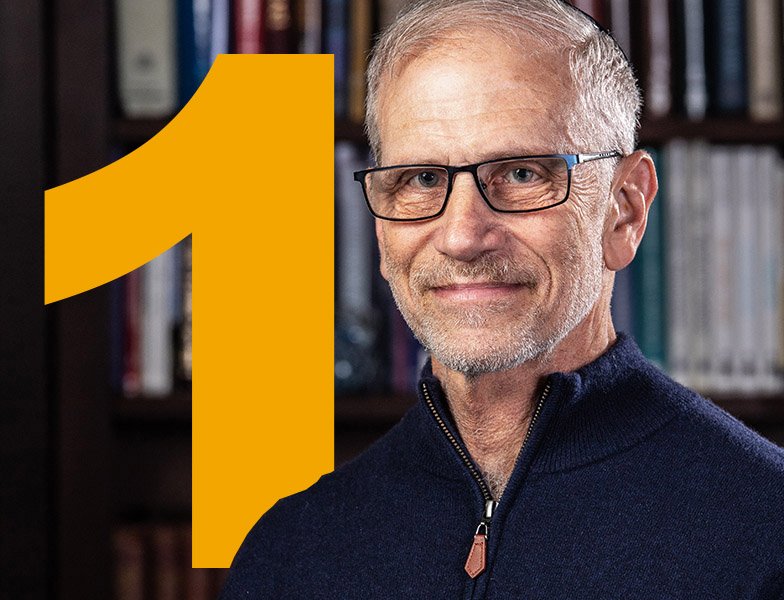 Our exclusive interview with NuSirt’s founder explores how combining the sirtuin-activating amino acid has the potential to enhance the effect of longevity supplements and drugs.

US start-up NuSirt Biopharma is developing unique combinations of natural compounds with other known compounds to prevent and treat age-related disease. With both nutraceutical and pharmaceutical pipelines, the company has some compelling clinical trial data already under its belt for indications including fatty liver disease (NASH), type 2 diabetes and obesity.

Having developed significant IP, with more than two dozen international patents issued on its various combinations, the company is now seeking partners for the next phase of commercialisation.

Longevity.Technology: NuSirt’s initial focus is around the natural compound leucine, which is the only amino acid shown to activate sirtuins – a class of proteins that are implicated in influencing cellular processes, including aging and inflammation. We caught up with the company’s founder and Chief Scientific Officer, Dr Michael B Zemel, to find out more. This article is Part 1 of the interview, read Part 2 here.

Describing himself as a “recovering academic”,  Zemel spent more than 30 years in research, predominantly into energy metabolism, with a focus on “what goes on below the neck,” meaning energy management, transfer and flexibility in liver, muscle and fat. But it wasn’t until the early 2000s that he began to become curious about the amino acid leucine.

“What drove my curiosity was all of the work that said that leucine was an mTOR activator,” says Zemel. “I wanted to know where the energy came from. Because if it’s stimulating mTOR, and you’re building protein from mTOR, that’s energetically expensive – you’ve got to fuel it somehow. So where does the fuel come from?”

Stimulating both anabolism and catabolism

What seemed at first a simple question, Zemel expected it to be an interesting sideline, not an all-consuming passion. But the more he dug into the question, the less of a sideline it became, especially after he discovered that leucine’s mTOR activation energy source came from its ability to stimulate an increase in the breakdown (catabolism) of fatty acid.

“That was curious, because you’ve got something that stimulates both anabolism and catabolism,” says Zemel. “Biology doesn’t usually work that way, where you concurrently upregulate oppositely directed pathways, and I found that very bothersome. So I began to dig into it a little more.”

“We found it required very high levels of leucine (1 – 1.5 millimolar) in order to stimulate mTOR, while we could achieve the catabolic effect at a little less than 0.5 millimolar of leucine,” says Zemel. “Let me give you some perspective. If you eat a high quality, high protein meal, you’re going to move your leucine levels up to about 0.2 or 0.3 millimolar. That is not enough, at least in my experiments, to do anything in humans.” 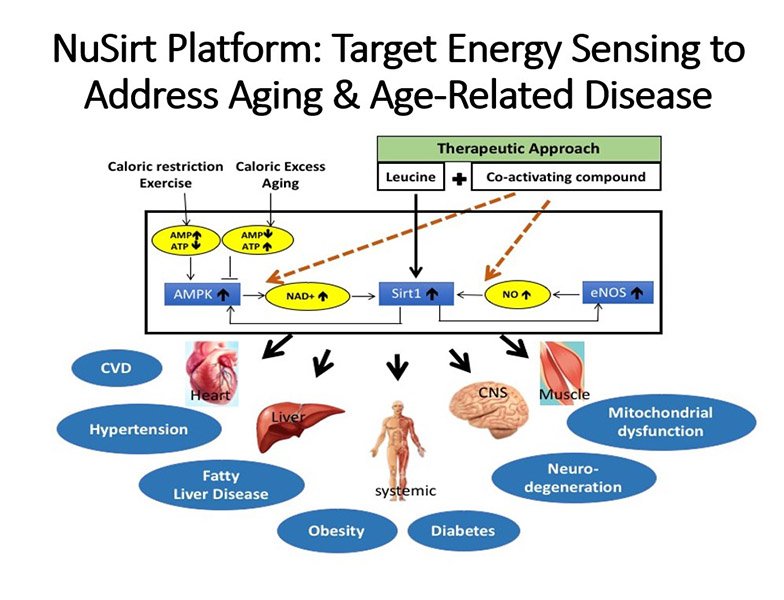 “We began looking at several systems and, after doing some experiments on sirtuins, we found that leucine was a direct allosteric activator of SIRT1 [a gene closely correlated with longevity],” he says. “What leucine does is it binds to SIRT1 and lowers the NAD activation energy. In other words, it takes less NAD to produce the same effect.”

At this time (~2007), Zemel was based at the University of Tennessee and, realising he had discovered something very interesting, decided to spin-out his own company to pursue the opportunity. And so NuSirt was formed. Things moved slowly at first, thanks in large part to the financial crash in 2008, but picked up after NuSirt secured seed funding in 2010.

“We built a lab, we acquired the intellectual property from the university and began to develop a much more robust set of IP,” he says. “By 2012 we now understood that leucine by itself had some very interesting and important biology. We also understood that biology was unique to leucine and was not manifested by any other amino acid. But it was just interesting biology – it was neither a drug nor a supplement.”

Longevity.Technology: In the second part of our interview with Dr Zemel, find out how NuSirt has developed both nutraceutical and pharmaceutical combinations and taken them through clinical trials.