News > InnovationCan we live longer? And does the answer lie in Physics? 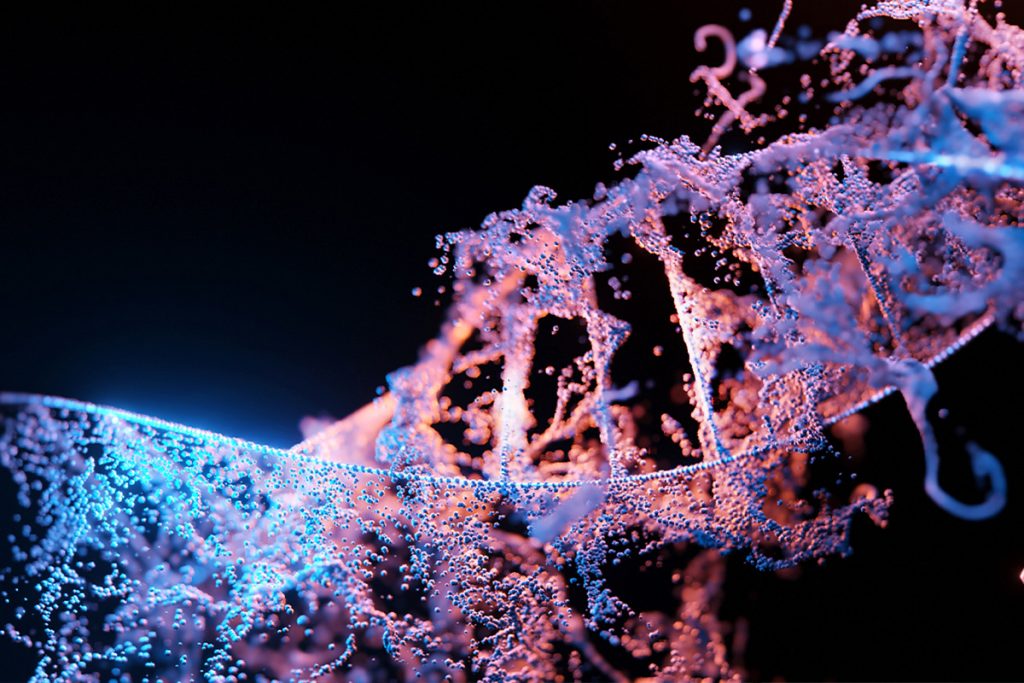 With the aid of physics and a minuscule magnet, researchers have discovered a new structure of telomeric DNA.

Physics is not the first scientific discipline that springs to mind at the mention of DNA, but a group of scientists, including John van Noort from the Leiden Institute of Physics (LION) have discovered a new structure of telomeric DNA.

Longevity.Technology: In every cell of our bodies are chromosomes that carry genes that determine our characteristics. At the ends of these chromosomes are telomeres, which protect the genes from damage. Telomeres are rather like aglets, the plastic tips at the end of a shoelace – they protect the DNA from damage and fraying. However, every time a cell divides, the telomeres become shorter, until eventually the Hayflick Limit is reached, the cell can no longer divide and apoptosis – programmed cell death – occurs.

This means that telomeres are sometimes seen as the key to living longer, and the researchers behind this new discovery hope it will help us to better understand aging and age-related diseases.

As a biophysicist, van Noort uses methods from physics for biological experiments; his work caught the attention of biologists from Nanyan Technological University in Singapore, who asked him to help study the DNA structure of telomeres. The results of their collaboration have been published in Nature.

A string of beads

Chromosomes might be microscopic, but the DNA between the telomeres is two metres long! This means it has to be neatly packed and folded in order to fit into the cell, and this is achieved by wrapping the DNA around packages of proteins; together, the DNA and proteins are called a nucleosome, and these are arranged into something looking rather like a string of beads, with a nucleosome, a piece of free (or unbound) DNA, a nucleosome and so on.

READ MORE: Is aging a biology problem, or a question of physics? Our interview with Dr Leonard Hayflick

This string of beads then folds up even more, but how it does so depends on the length of the DNA between the nucleosomes, the beads on the string. Two structures that occur after folding were already known – in one of them, two adjacent beads stick together and free DNA hangs in between (fig. 2A). If the piece of DNA between the beads is shorter, the adjacent beads do not manage to stick together. Then two stacks form alongside each other (fig. 2B).

In their study Van Noort and colleagues found another telomere structure – here the nucleosomes are much closer together, so there is no longer any free DNA between the beads; this ultimately creates one big helix, or spiral, of DNA (fig. 2C) [1].

The new structure was discovered with a combination of electron microscopy and molecular force spectroscopy, with the latter technique originating in Van Noort’s lab. In molecular force spectroscopy, one end of the DNA is attached to a glass slide and a tiny magnetic ball is stuck to the other – a set of strong magnets above this ball then pull the string of pearls apart.

By measuring the amount of force needed to pull the beads apart one by one, it is possible to discover more about how the string is folded, and as a follow-up, the researchers in Singapore used an electron microscope to get a better picture of the structure.

Van Noort describes the structure as ‘the holy grail of molecular biology.’ He explains that if we know the structure of the molecules, this will give us more insight into how genes are switched on and off and how enzymes in cells deal with telomeres – how they repair and copy DNA, for example [2].

The researchers feel that the discovery of the new telomeric structure will improve understanding of the building blocks in the body, which, in turn, will ultimately help the study of aging and age-related diseases such as cancer – and help develop drugs to fight them.