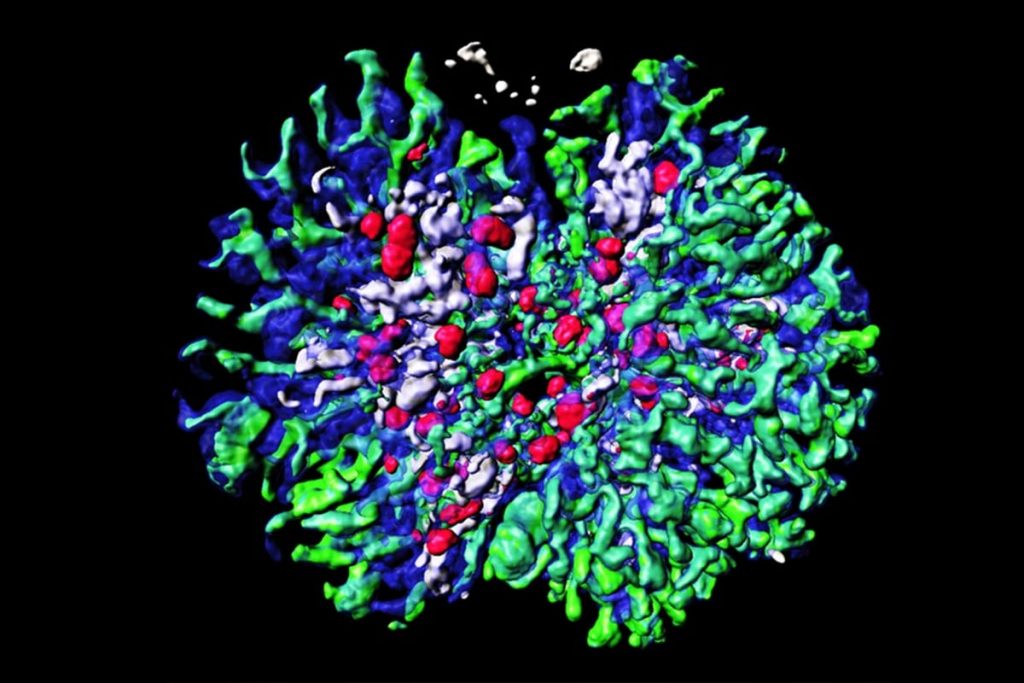 A team from Kumamoto University in Japan has has created three dimension kidney tissue from scratch in their lab using cultured embryonic stem cells; this research could pave the way to future transplants of artificial kidneys.

By focusing on an often-overlooked tissue type in organoid generation research, a type of organ tissue made up of various support and connective tissues called the stroma, Dr Ryuichi Nishinakamura and his team were able to generate the last part of a three-part puzzle that they had been working on for several years. Once the three pieces were combined, the resulting structure was found to be similar to the kidney in its architecture; the researchers believe that their work, which has been published in Nature Communications, will be used to advance kidney research and could even lead to a transplantable organ in the future.

Longevity.Technology: The kidney is a vital and complicated organ; it acts as a filter to extract waste and excess water from blood and develops from a combination of three different components: the nephron progenitor, the ureteric bud and the kidney-specific stromal progenitor. The importance of the kidney and the shortage of transplantable organs means there is a focus on alternative therapies, including grown-to-order organoids and xenotransplantation; Dr Nishinakamura’s work appreciates the complexity of kidney structure looks very promising, especially for drug screening, although the obstacle of vascularisation will have to be overcome to get to transplantable artificial organs.

Protocols have already been established by various research teams, including Dr Nishinakamura’s team at the Institute of Molecular Embryology and Genetics (IMEG) at Kumamoto University, to induce two of the components necessary for artificial kidney development (the nephron progenitor and the ureteric bud) from mouse embryonic stem (ES) cells.

In this research, the IMEG team developed a method to induce the third and final component, the kidney-specific stromal progenitor, in mice. In addition, by combining these three components in vitro, the researchers were able to generate an artificial kidney-like 3D tissue, consisting of extensively branched tubules and several other kidney-specific structures [1].

The researchers believe that this is the first ever report on the in-lab generation of such a complex artificial kidney structure from scratch. The IMEG team has already succeeded in inducing the first two components from human iPS cells; if this last component can also be generated from human cells, a similarly complex human kidney should be achievable.

“We are now working very hard to generate a fully functional human kidney,” said Dr Nishinakamura. “We hope to use our developments to screen drugs for various diseases, and for transplantation in the long run [2].”