News > InnovationCool technology: the rise of cryopreservation in Europe 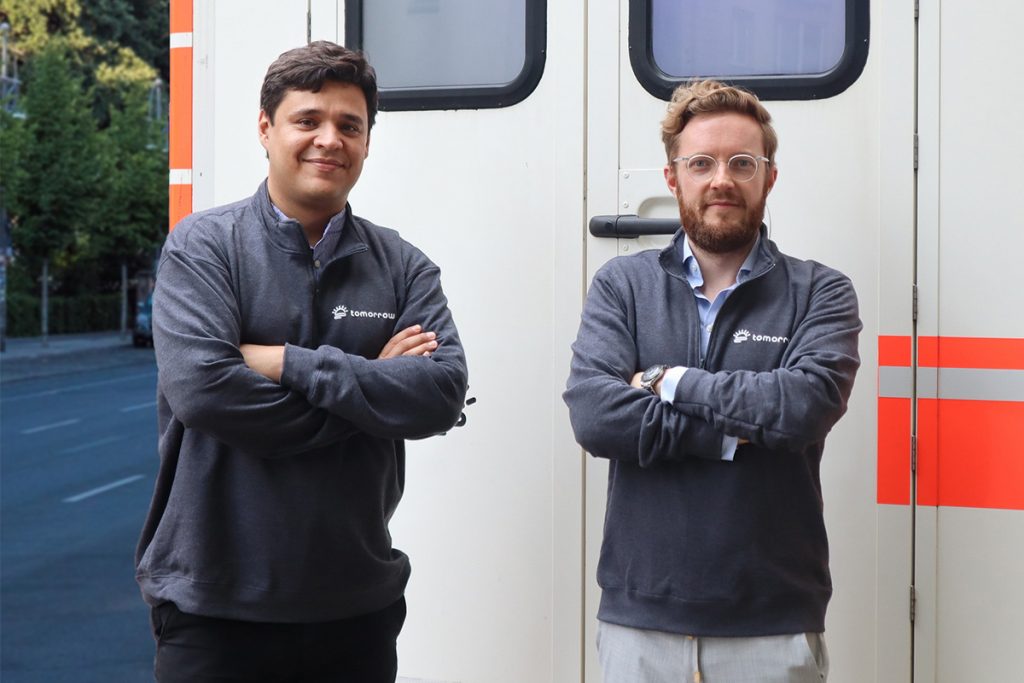 Founder of cryopreservation startup Tomorrow Bio on working in a field where the pay-off may not arrive for hundreds of years.

Conjuring up images of human bodies stacked in freezers, the field of cryonics has long been viewed with scepticism, with many believing it to be little more than science fiction. Nonetheless, since the first person was preserved in 1967, around 5,000 people around the world have signed up for cryopreservation after they die – hoping it provides a small chance of returning to life at some point in the distant future.

Berlin-based startup Tomorrow Bio claims to be the fastest-growing player in the field, having signed up several hundred ‘members’ in under two years, and its co-founder predicts it will soon dominate the market.

Longevity.Technology: Creating a business built on the hope that someone, someday in the distant future will figure out how to restore life to a preserved human corpse or brain takes a special kind of vision. We caught up with Tomorrow Bio’s co-founder and CEO, Dr Emil Kendziorra to found out what attracted him to weird world of cryonics.

In the two years since the company founded, Kendziorra says that Tomorrow Bio has grown quickly.

“We’re growing much, much faster than any other cryonics organisation – not 20 per cent faster, I mean four or five times faster,” he says. “We’re not the largest yet by any means, but we’ve been actively accepting members for about a year-and-a-half, and we have a few hundred already.

“The largest cryopreservation organisation has 1,500 – but they have been around for 50 years. If our growth continues, we’re going to overtake them in the next year or two. We seem to be significantly faster in how we execute, but our goal is not to just overtake them – our goal is to be one or two orders of magnitude larger. We’re the only provider in Europe, and we’re going to open in the US soon.”

Speed is of the essence in the cryopreservation game, and a significant component of Tomorrow Bio’s responsibility is its standby model with ‘whole-body field cryoprotection’, which Kendziorra claims is a service that is unique in the field.

“This means that the whole preservation procedure is done wherever the patient dies,” he explains. “We have converted ambulances and medical teams on call who then do this procedure in every case, which arguably increases quality significantly. No one else currently offers this.”

Check out the details of Tomorrow Bio’s standby process here.

Why start a cryonics business?

One of Kendziorra’s main reasons for starting a cryopreservation company, is his fundamental belief that people should be able to choose life.

“How long you live should not be externally determined,” he says. “I’m a doctor, and worked in cancer research in the past, and you often need to tell patients that they are going to die – even young people. In my mind, that’s totally unacceptable – people should be able to choose how long they would like to live. And I would also like to have that choice.”

Kendziorra likens the concept of cryopreservation to the treatment options sometimes offered to patients suffering a terminal disease with no authorised therapies.

“At that point, there is an option called compassionate use, where a patient, with informed consent, can access a relatively broad range of unapproved, not fully tested, medications or treatment options,” he says. “And this is because there is no alternative. I see cryopreservation in a similar vein.”

“If someone dies, the only option is cremation or burial. But if people are not religious, or somehow spiritual, cremation or burial is just the end, there’s no chance of coming back from that. At the very minimum, cryopreservation gives you a chance. I don’t know how high that chance is, but if, after informed consent, someone wants the option, I think they should be able to choose it.”

A non-profit approach to storage

Tomorrow Bio is essentially responsible for all the things that happen while you’re alive – contracts, medical staff, access to cryonics equipment and so on. On the other hand, in addition to conducting fundamental cryonics research, the TPF exists to ensure that your ‘stay’ in cryopreservation is stable and secure and can be maintained indefinitely.

“We think it’s important that an organisation that is supposed to make sure that people who are being cryopreserved are still around in 100 years, should not be a company,” says Kendziorra. “It should be an organisation that is purely, selflessly interested in the topic and doesn’t have any financial motivations. Yes, it’s super-conservative and slow, but it’s safe and stable.”

While the technology to bring us back to life has yet to be invented, significant progress has been made in the cryopreservation process since the early days of freezing bodies.

“The fundamental logic is that as long as your connectome (the neural connections in your brain) is still around, then for all intents and purposes, you’re still around,” says Kendziorra. “The whole cryopreservation procedure is basically there to make sure that these connections are being kept with the least possible amount of damage. And that any damage that does accrue will be fixable in the future.”

One of the challenges of working in cryopreservation, says Kendziorra, is that headlines about the field always talk about “freezing” people.

“I’m always a little unhappy with those headlines because everything we’re trying to do at Tomorrow Bio is to not freeze anything!” he says. “Sure, this is how it started out, before the 2000s you basically just froze people and hoped for the best. Today, we do everything we can to prevent ice crystals forming, and we do a lot to reduce toxicity.”

“What you want to achieve is what we call a good ‘ultrastructure preservation’. This means preserving the internal part of a neuron and the connection between neurons, without chemical or physical damage or anything like that.”

Kendziorra says the most significant progress in the field since it began was to prevent ice crystals forming.

“That was when we started using cryoprotective agents, which are basically medical antifreeze solutions that replace the water in the body to make sure that no ice crystals form,” he says. “Beyond that there has also been incremental improvement in ultrastructure preservation, faster surgical techniques, and better cardiopulmonary support, which basically protects the cells in the brain from dying due to not having enough oxygen – as much as possible, at least.”

The road ahead for cryopreservation

The road ahead for the cryonics field is still unclear, and Kendziorra says that one of the key challenges is a physics problem, rather than a biology one.

“If we would be able to cool down to cryogenic temperatures more quickly and warm up again much faster, then many other problems would also be solved,” he says. “There is what is called a critical cooling rate and a critical warming rate. If you cool faster or warm faster than those rates, you can basically bring something down to cryogenic temperatures and up again without any damage.”

“But this is where the physics problem comes in. Our brain and our body are relatively large, so we don’t yet have the physical equipment to be able to warm or cool these very large volumes. There’s a very interesting research project that we’re starting to support, where they use ultrasonic transducers to warm up large volumes. Basically, each ultrasonic transducer is slightly offset, allowing you to warm up a large volume basically in one ‘pulse’.”

So, when does Kendziorra realistically think we might see the first successes in reviving people that have been cryopreserved?

“When it comes to revival, there is work being done, experiments are happening, but it’s not realistic to expect results in humans anytime soon,” he says. “My cop out answer is that I put it at some point where all predictions basically break apart – probably somewhere between 50 or 100, maybe more years. Predicting what will happen in 100 years or 200 years, it’s such a blurry field – there is no meaningful difference between 100 or 200 years. It’s not 10 or 20 years. It will take decades and decades, if not centuries.”