News > InvestmentCutting longevity drugs development from 15 years to one

Cutting longevity drugs development from 15 years to one 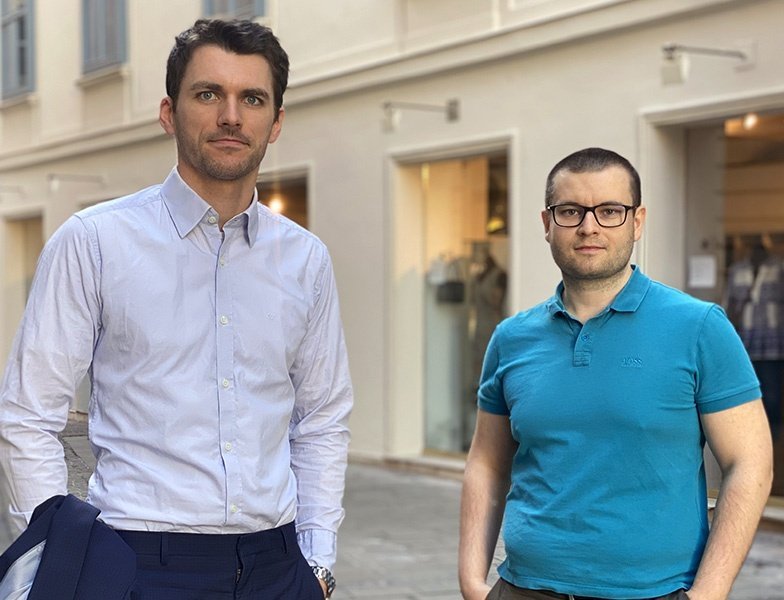 Celeris bags €400k for creation of deep learning platform to support development of longevity drugs for Alzheimer’s and other age-related diseases.

With a focus on targeted protein degradation, Austrian start-up Celeris Therapeutics has secured an initial €400,000 investment round for the development of a new in silico platform to help pharmaceutical and biotech companies accelerate longevity drugs development. The funding was jointly provided by Longevity Tech Fund and R42 Group.

Longevity.Technology: Pathogenic proteins are a key factor in age-related disease. But modern drug development can only access about 20% of these proteins, meaning that around 80% of the targets in the human body cannot currently be inhibited. Celeris is hoping to help change that and we caught up with co-founder Jakob Hohenberger to find out more.

Hohenberger founded Celeris along with co-founder and bioinformatics expert Christopher Trummer, with the vision of generating “small, organic molecule and degrader technologies against undruggable targets through novel approaches to biomolecular interaction determination and drug design.”

“I believe we’re the first, or one of the first, companies dealing in the business of targeted protein degradation for in silico drug discovery and drug generation,” says Hohenberger. “I think the most important fields for us are oncology, as well as neurodegenerative diseases like Alzheimer’s or Parkinson’s, because those are some of the most prominent undruggable targets at the moment.”

Targeted protein degradation is a challenging area – the potential of specific degrader technologies can only be exploited through the accurate prediction of key protein-to-protein interactions. Celeris aims to automate much of the discovery process through the development of a deep learning platform called Celeris One that makes use of cutting edge AI techniques.

“We are developing our technology on the basis of graph representation learning,” says Hohenberger.

“With this type of neural network, you’re able to have a more accurate representation of proteins and small molecules.”

Leveraging 3D representations of molecules, Celeris One will use in silico methods to degrade protein targets, delivering the potential to develop longevity drugs for Alzheimer’s, Parkinson’s and other diseases. Ultimately, Celeris aims to show that deep learning can help achieve in one year what used to take 15 years of drug development time.

“Our goal for Celeris One is basically an end-to-end, automated, early stage drug discovery pipeline,” says Hohenberger, indicating that he’d like to see the first engagements with potential big pharma industry partners by the summer.

Celeris One will be made of three modules, each named after a god of Greek mythology. Xanthos, the first module to hit the market, will focus on in silico drug discovery, and Hohenberger expects this will roll out in “pre-alpha” form later this year. Subsequent modules, Hephaistos and Hades, will focus on in vitro phenotypic screening and target identification respectively, and will be several years in development. 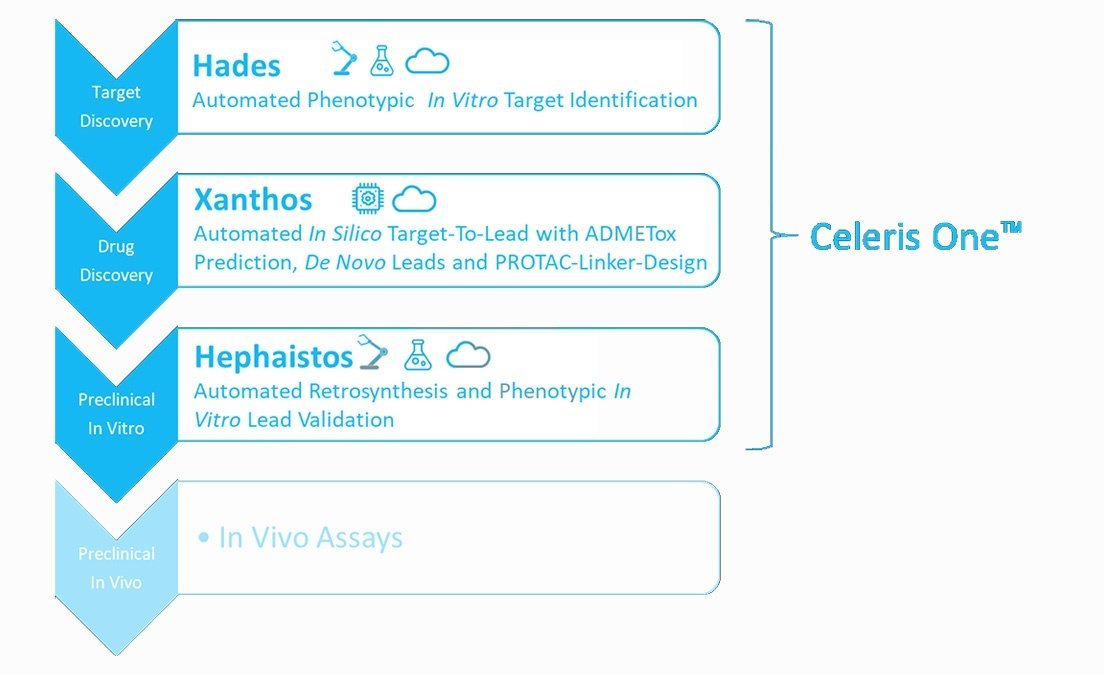 The new funding should take the company through its initial release of Xanthos module.
“Understanding and having the ability to simulate protein interactions is the next step after the recent protein folding simulation done by DeepMind,” says Petr Sramek, managing partner at Longevity Tech Fund. “Celeris utilizes top niche science to make this step a reality and available as a discovery platform for other organizations. We are very excited to be part of this.”

“The team is using a cutting edge computational technique that is able to solve the most intractable problems, of which solving longevity is one,” says Ronjon Nag, founder and managing director of R42 Group. “We are big believers of using the intersection  of biology and mathematics to provide longevity solutions so this was an obvious investment.”