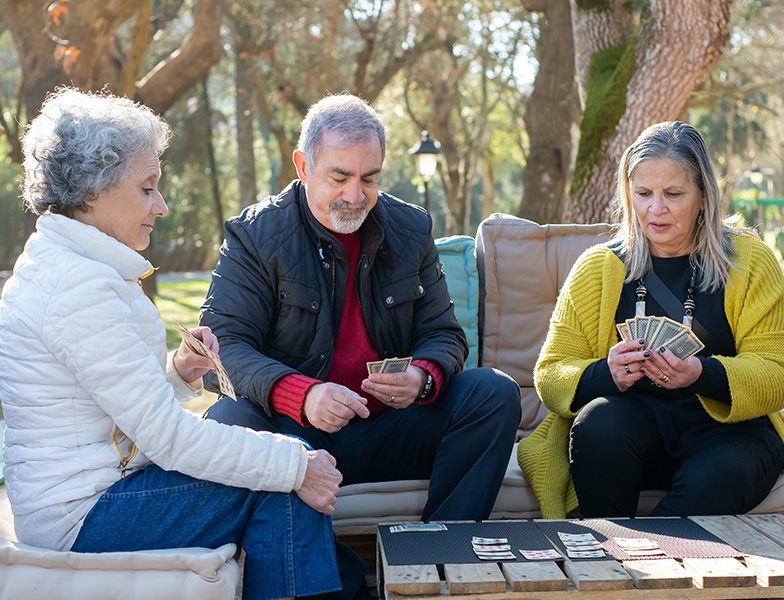 New research may explain why some people are less prone to Alzheimer’s and age-related dementia – and enrichment is key.

A study, led by researchers at the Massachusetts Institute of Technology (MIT), has showed that leading an enriched life – which includes level of education and time spent on intellectually stimulating activities – appears to trigger a gene family called MEF2, which controls a series of genetic programme in the brain that promotes resistance to cognitive decline.

Longevity.Technology: Dementia can be devastating, both for the sufferer and their family, and it is an enormous burden on healthcare systems, with no known cure. The main risk factor is age, with many people developing Alzheimer’s disease or some other form of dementia as they get older. However it is by no means a universal fate, and plenty of others remain mentally acute, well into old age. Interestingly, this is often the case, even if their brains demonstrate underlying signs of neurodegeneration. There is no hard and fast rule, so understanding the link between age, mental sharpness and dementia could signpost the way to preventative therapies.

Studies have previously shown that cerebral activities such as doing crossword puzzles, reading, playing board games, playing cards and playing musical instruments are associated with a decreased risk of dementia [1]. But what is it about these activities that makes them protective?

Researchers at MIT used both human datasets and mouse models to study cognitive resilience and see if there was a common factor. Clearly mice aren’t playing cards or speaking languages fluently (we assume!), but the researchers had a plan.

In humans, the research team studied two datasets of just over 1000 people all together; they looked at education level, profession and languages spoken and determined how the brain had been affected at a neuronal level and ascertained that cognitive resilience was highly correlated with expression of MEF2 and many of the genes that it regulates.

In order to determine cognitive resilience in mice, the MIT compared mice who had been raised in cages with no toys with mice living it up in the mouse equivalent of Mensa land, complete with running wheel and a variety of stimulating toys that the researchers swapped around every few days.

Just as with the human data, the researchers discovered that MEF2 was more active in the brains of the mice who inhabited the enriched and stimulating environment, and these mice performed better in memory and learning tasks. Both experiments showed that MEF2 and its gene family are critical players when it comes to cognitive decline; this could mean that enhancing the activity of MEF2 or its targets might protect against age-related dementia [2].

Li-Huei Tsai, Director of MIT’s Picower Institute for Learning and Memory and one of the lead researchers, said: “It’s increasingly understood that there are resilience factors that can protect the function of the brain. Understanding this resilience mechanism could be helpful when we think about therapeutic interventions or prevention of cognitive decline and neurodegeneration-associated dementia [3].”

Given that MEF2 can also affect other types of cells, pathways and processes, further research is needed to ensure its activation would not result in adverse side effects. However, this research is encouraging and it will be interesting to see what further digging in MEF2 turns up.