News > BiotechDo mitochondria hold the key to a Parkinson’s breakthrough? 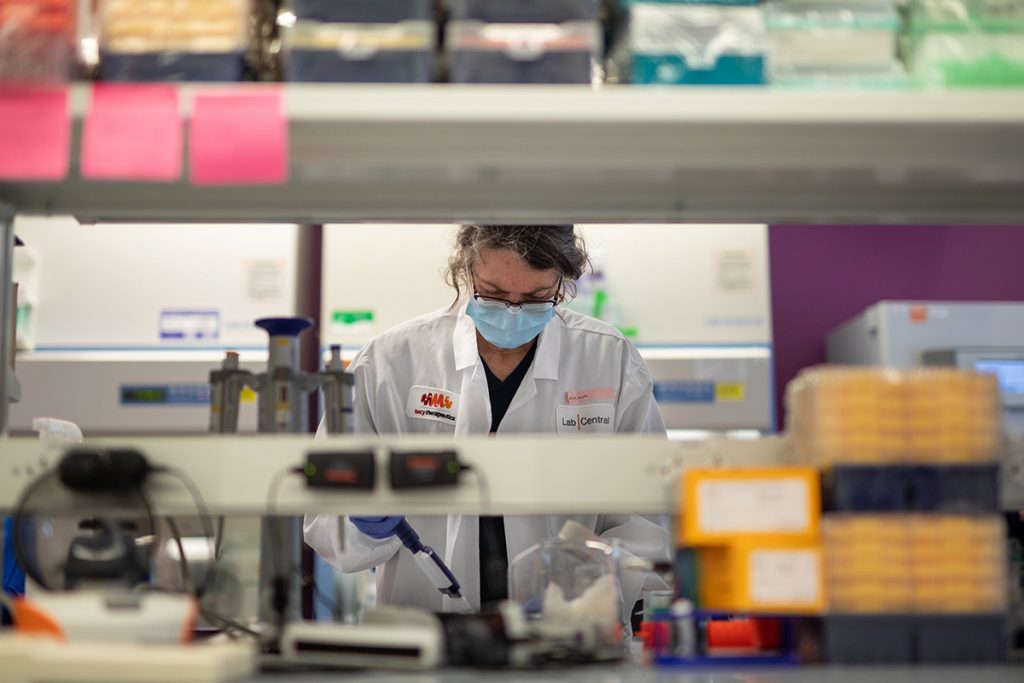 Lucy Therapeutics founder on mitochondria, Parkinson’s and the importance of hypothesis-driven research and development.

Biotech startup Lucy Therapeutics is developing mitochondrial-based small molecule therapies for neurological diseases and recently revealed the first two drugs to emerge from its lead programme targeting Parkinson’s. The company, which takes its name from the 3.2-million-year-old fossil of an ancestor of humankind, presented “promising preclinical data” at the Michael J Fox Foundation’s Parkinson’s Disease Therapeutics Conference in October.

The data shown by Lucy Therapeutics demonstrated that its compounds were able to reverse mitochondrial dysfunctions linked to Parkinson’s. In cellular models of the disease, the drugs boosted levels of cellular energy molecule ATP, prevented the death of neurons, and reduced levels of other hallmarks of Parkinson’s, including a-synuclein.

Longevity.Technology: Mitochondria are widely known as the ‘power generators’ within our cells, and their dysfunction has been linked to a range of age-related diseases. But the role of mitochondria extends beyond cellular energy as they also dictate many of a cell’s key functions. Lucy Therapeutics was founded on the hypothesis that diseases with rate-limiting steps involving mitochondrial dysfunction can potentially be treated by modulating key mitochondrial protein targets. To find out more, we caught up with the company’s founder and CEO, Dr Amy Ripka.

As a company founded on a hypothesis, Lucy Therapeutics is an uncommon story in today’s data-driven biotech industry.

“Paul Nurse said that we need to go back to hypothesis-driven research,” says Ripka, citing the Nobel Prize winner’s article in Nature. “That we need to stop generating huge amounts of data, and then trying to interpret them, without having a starting hypothesis going into the experiment. That made a lot of sense to me. But, at the same time, it’s scary, because it means you have to propose something unproven, which might be wrong.

“In science, we need to be less afraid about being wrong. If you have a testable hypothesis, and you can test it and get an answer, then you move the science forward.  The more we keep doing that, the closer we’re going to get to meaningful drugs for patients. If we keep doing safe experiments and don’t really explore the unknown, we’re not moving far enough away from what’s already been shown to be ineffective.”

Genetics are not the bottleneck

The hypothesis that underpins Lucy Therapeutics was born out of its founder’s dissatisfaction with the results of existing approaches to drug discovery and development.

“The dominating theory in my early professional life was that genes are the main drivers of disease, and so the industry really focused on genetic approaches,” says Ripka, a biotech veteran with more than 22 years of drug discovery experience. “But as I got further along in my career, there were a lot of failures – a lot of things that people had great genetic evidence for that were not translating into effective therapies for patients.”

These failures preyed on Ripka. If genetics wasn’t the answer, then what was? She decided to focus on drugs that had been successful despite a lack of genetic connections to disease; those that treated complicated diseases with multiple genetic and environmental causes – retinoids for acne, statins for cholesterol and checkpoint inhibitors for cancer.

“I thought what do these successful drugs all have in common?” says Ripka. “It turns out, they all address a key rate-limiting step in disease. Genetics may be risk factors, but they’re not necessarily the bottleneck in disease.”

Does mitochondria hold the key?

This idea of targeting the bottlenecks in disease brought Ripka to focus on the role of mitochondria.

“Mitochondria are much more than the powerhouse of the cell – they’re like its central processing unit,” she says. “They integrate a lot of different pathways, and they signal what needs to happen to both the nucleus and other areas of the cell. That really got me thinking – maybe mitochondrial processes represent some of these rate-limiting nodes that can stop disease.”

In the past, Ripka had worked on many targets for which there were already known mitochondrial functional changes, but no one was addressing them in the drug discovery process.

“We were always looking at the path from the target and the secondary and tertiary downstream pathways that are activated,” she says. “But what if, evolutionarily, the importance really comes down to modulating that central processing unit, the mitochondria, which tells the cell what to do?”

“How do you upregulate protein synthesis? You change the energetics of the cell. Energetics impact epigenetics, DNA methylation and how genes are transcribed. Metabolism has been linked to many aspects of complex diseases – we know that good diet and exercise positively impact almost all diseases. The question is, how can you utilise that knowledge to come up with specific, discrete drug discovery targets that will work in humans?”

This question led Ripka to form Lucy Therapeutics in 2017, with the initial goal of identifying the key rate-limiting steps of diseases that have mitochondrial drivers.

“That’s our niche,” she says. “There are lots of diseases that may not have mitochondrial drivers, but there are many complex diseases with high unmet medical need like Alzheimer’s, ALS and Parkinson’s that are highly reliant on mitochondrial function. Many cardiovascular, metabolic and musculoskeletal diseases also point to underlying mitochondria drivers as rate-limiting steps in their onset and progression.”

A different approach to drug discovery

Looking for the answers to disease in this way is, says Ripka, fundamentally different from the more traditional approach to drug discovery.

“I can’t tell you how many drug discovery programmes I worked on where we ran established, ‘robust’ assays that others had run and were well-known in the disease area, but their relevance to the human disease condition was often very unclear,” she says. “Just because you can run an assay and get a good assay window with reproducible results doesn’t mean you are testing the right hypothesis or asking the right questions for the disease.

“What we’re trying to do at Lucy is to ask the right questions, so we’re designing our experiments to mimic the conditions we believe to be relevant in humans, and striving to engage discrete drug targets that address not just one but multiple drivers of disease. “

When Lucy Therapeutics looks at a specific disease, the company analyses all the known mitochondrial defects, and correlates these mitochondrial pathways with known proteins, genes and human clinical symptoms, both early and late, associated with that disease.

“We then try to draw as many connections as possible between the mitochondrial defects and this constellation of proteins and disease pathologies,” says Ripka. “This process has allowed us to identify targets that have been overlooked because there was no ‘smoking gun’ genetic connection. But in fact, there are dozens of other connections connecting these targets to the disease, including key proteins or human clinical symptomology.”

While this approach seems to make a lot of sense, Ripka believes it is unique in the industry.

“It’s a very different approach and, as far as I know, nobody else is doing it this way,” she says. “We believe it’s applicable to any disease that has essential mitochondrial drivers. We can take our approach and our proprietary process and come up with differentiated targets that will move us closer to helping patients suffering from these diseases.”

Using its unique approach, Lucy Therapeutics was able to identify a key target for drug discovery and development within the mitochondria’s electron transport chain (ETC) – a protein called F1F0-ATPase, a known driver of multiple dysfunctions specific to Parkinson’s disease.

The results of preclinical studies were presented at the recent conference by Dr Roland Staal, director of pharmacology at Lucy Therapeutics. The company demonstrated that its compounds inhibited F1F0-ATPase to reverse mitochondrial dysfunctions known to lead to many key characteristics of Parkinson’s disease biology, including decreased levels of the cellular energy molecule ATP and death of neurons. The drugs also reduced levels of α-synuclein, the major constituent of Lewy bodies, which accumulate and are a pathological hallmark of Parkinson’s.

“The high selectivity and potency of two of our lead small molecule agents… in inhibiting a target we believe is at the nexus of several mitochondrial pathways contributing directly to Parkinson’s disease represents a significant advance for our mission to develop first-in-class therapies for neurological diseases,” said Staal. “We have demonstrated that our compounds can rescue neurons in cellular models of Parkinson’s disease, validating our therapeutic approach. We did not observe any significant safety issues with the use of [the compounds] in pre-clinical laboratory or rodent studies, so we will now focus on studies to select the best candidate to advance for clinical trials.”

Lucy Therapeutics has received $24 million in funding to date, including a $15 million Series A last year and a $4.9 million from The Michael J Fox Foundation in April 2022. The company is now raising additional funding to ready its first compounds for clinical trials and intends to nominate its development candidates next year.