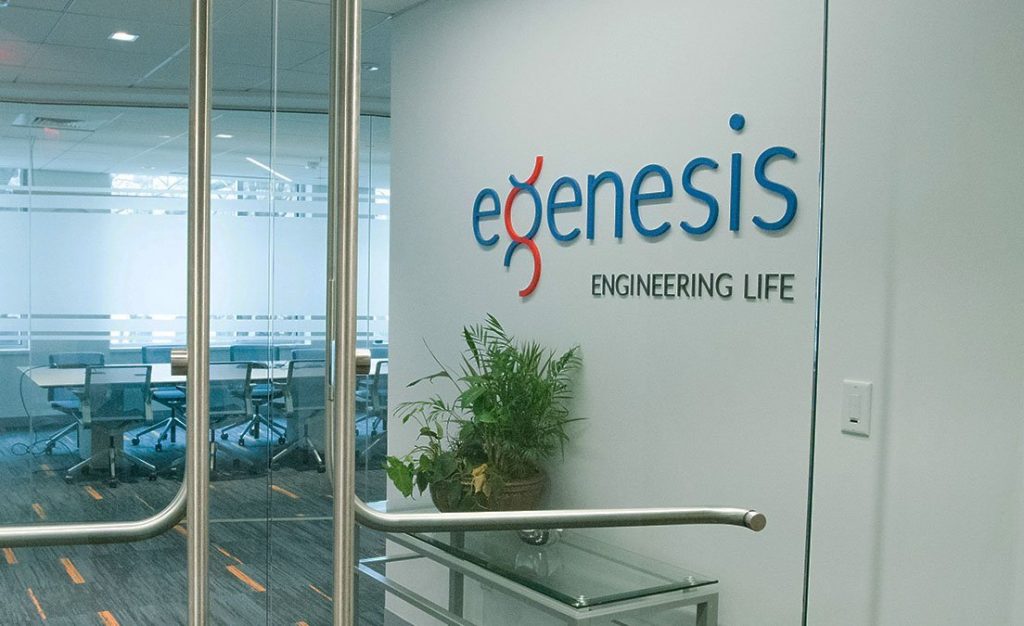 Recently we covered eGenesis‘ progress in its xenotransplantation research, as it attempts to develop a therapy for type 1 diabetes using gene-edited pancreatic islet cells from non-human primates in collaboration with Duke University School of Medicine. We caught up with Mike Curtis, PhD, eGenesis President of Research & Development to find out more about the gene editing and genome engineering company.

Longevity.Technology: eGenesis was founded in 2015 by CRISPR and genomics pioneers, Drs Luhan Yang and George Church based on research conducted in Dr Church’s laboratory. eGenesis seeks to develop safe and effective transplantation of human-compatible organs to address the severe global organ shortage crisis. Using breakthrough gene editing technologies, such as CRISPR-Cas9, eGenesis is working to genetically modify pigs so that their organs can be safely transplanted in humans.

Dr Curtis told Longevity.Technology that porcine endogenous retroviruses, or PERVs, had been a roadblock for development of xenotransplantation of pig organs into humans, until the gene editing approach used by eGenesis was validated [1].

“The first PERV-free pig was born in 2017,” he says. “and the first PERV-free pigs combined with genetic modifications to reduce immune rejection of implanted organs followed in 2018. eGenesis has the exclusive license to the technology for PERV inactivation and multiplex gene editing for xenotransplantation that was developed in Dr Church’s lab at Harvard.”

Dr Curtis feels that eGenesis’ “unparalleled expertise in gene editing, genome engineering, immunology and transgenic pig production” give the company a strong position from which to affect transplant lists.

“There are too many patients on transplant waiting lists compared with the number of organs available for transplant,” he explains. “In the case of the lead program for kidney transplant in the US, more than 37 million Americans suffer from chronic kidney disease and 500,000 patients require dialysis. More than 93,000 people are on the kidney transplant waiting list but only about 20,000 received an organ in 2019. Twenty people die each day waiting for an organ while someone is added to the list every 10 minutes.”

Although Dr Curtis illustrates with US examples, he is keenly aware that the lack of available organs is a global crisis.

Dr Curtis hopes that within the next few years clinical trials will be initiated to evaluate the efficacy and safety of implantation of human-compatible organs into people.

“The likely first organs to be transplanted are kidneys, followed by beta islet cells,” he tells us. “At eGenesis, research is ongoing in heart, lung and other organs and tissues.

“Second, the current organ delivery paradigm is to put patients on a waiting list while a compatible organ materializes, either due to another person’s misfortune or from a willing living donor.”

Available human-compatible organs would be free of these constraints, changing to an elective surgery paradigm in which patients schedule the surgery as one would do for a hip replacement. This isn’t the only benefit though, as Dr Curtis explains.

“Organs would likely be, on average, healthier than human-donated organs and always available even if an initial transplant fails,” he says. “Availability would be a function of the size of the gene modified pig herd. Waiting lists should disappear, patients would use dialysis as a bridge to kidney transplant, and overall quality of patient life should significantly improve.”

There have been challenges, both virologic and immunologic, that have prevented the advancement of xenotransplantation to the clinic. How is eGenesis tackling those?
Dr Curtis says: “The challenges have been both infectious disease risk, such as potential cross-species transmission of porcine retrovirus incorporated into the porcine genome or PERV, and immunological and haematological risk, such as molecular incompatibilities between pig and human that drive innate, adaptive immune responses and coagulopathies.

“We now have the tools – gene editing technologies such as CRISPR – to address the challenges and have generated gene-edited pigs that have been modified to address virologic concerns (PERV) and modulate the human immune response to pig organs and coagulation compatibilities. In vivo studies have demonstrated early proof of concept in demonstrating that a pig kidney can be safe and function effectively in non-human primates (NHPs) for more than 9 months.”

eGenesis’ kidney programme is the most advanced and is now in in vivo studies with non-human primates (NHPs). The organs being transplanted have been modified to address both PERV and organ rejection using the company’s prototype genetic construct. One NHP survived 9-months with a porcine kidney before it had to be euthanised due to infection. Since then, eGenesis has cloned that genetic construct and have achieved 10-month and 4-month NHP survival.

But what does the path to human trials look like?
“In vivo studies have demonstrated early proof of concept (survival length) in NHPs,” explains Dr Curtis. “We are continuing to evaluate xeno-kidneys in NHP in vivo models in advance of investigatory new drug-enabling studies and have initiated preclinical work on a xeno-islet program including engineering and production. For the genetic constructs that we develop, we test for expression in single cell as well as in the pig before it is transplanted.”

eGenesis recently secured a $100 million Series B which will enable the company to accelerate its kidney and islet cell transplant programme into the clinic, as well as support advancement of a range of other xenotransplant programs across liver, heart, and lung.

“This round of financing will take us to the end of 2022,” says Dr Curtis. “Over the next 12 months we will continue to read out NHP data from our kidney program with our most advanced genetic constructs.”