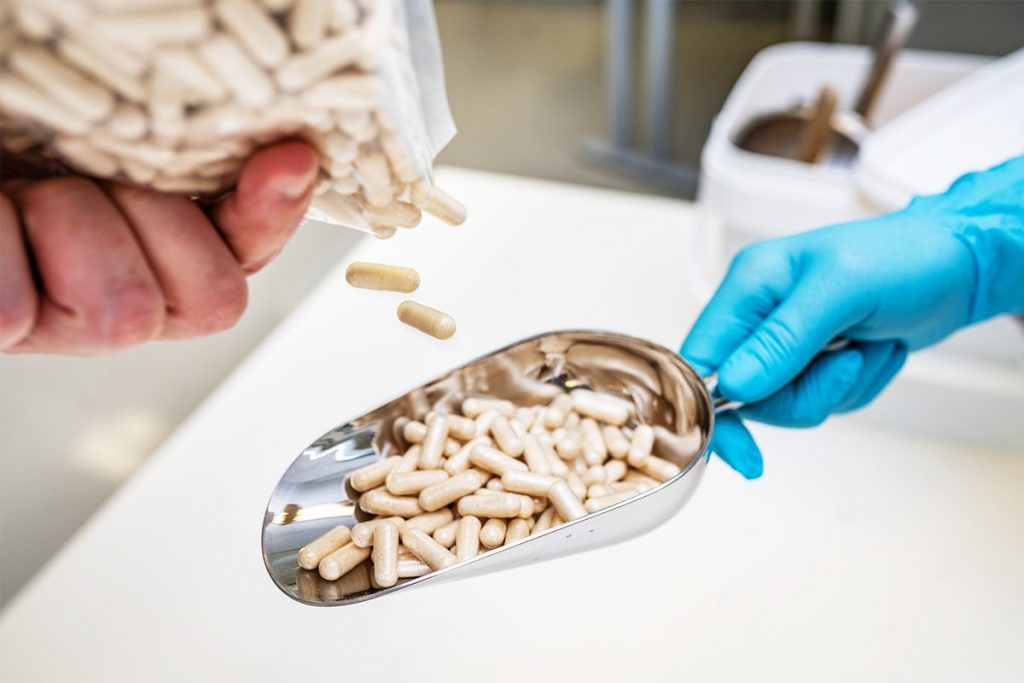 Spermidine is one of the most talked about natural compounds in longevity. Ever since the polyamine was found to have age-protective qualities, the field has been fascinated by its potential to extend healthspan and boost longevity. This has resulted in spermidine becoming one of the most popular longevity supplements on the market.

But spermidine’s potential from a health and wellness perspective is only the beginning, and a host of clinical studies are exploring its potential in the treatment and prevention of chronic disease. In 2022 alone, more than 350 research papers and studies on spermidine have been published so far, from model organism studies and review papers to human clinical trials.

Longevity.Technology: When it comes to human studies of the effects of spermidine, the majority thus far have used spermidineLIFE, a dietary supplement developed by Austrian firm Longevity Labs. The company was founded in 2016 to commercialise the work of University of Graz Professor Frank Madeo, who originally discovered spermidine’s properties as an autophagy trigger and age-protective substance. Longevity Labs is committed to proving the health benefits of spermidine, and we caught up with its US CEO Daniel Dietz to find out more about the recent clinical studies.

The past two years, says Dietz have seen a dramatic increase in interest around polyamine-rich supplements – from both a commercial and research perspective.

“There’s been a big growth in both polyamine research in general and spermidine-specific research,” he says. “We view spermidine as probably the most critical and bioavailable of the polyamines, and several other dietary supplement providers have also now emerged with spermidine products – so the secret is clearly out! But it’s great – it means we’re starting to build interest around this fascinating molecule.”

Worryingly for consumers, Dietz is also aware of companies that are now advertising synthetic spermidine supplements, which are still illegal.

“These are the kinds of chemicals that are still only being tested in animals,” he says. “It’s important for people to remember that dietary supplementation is about increasing dietary intake of foods with nutritive value versus experimenting with research chemicals before they’ve been validated as safe.

“On the human research side, we are clearly the promoter of this research worldwide. We have the only product that’s been used in clinical trials beyond just safety or discovery pilots. And we are not paying for the majority of this research.”

Of the 350 research papers and studies that have been published on spermidine this year, Dietz says that many of are for new applications that Longevity Labs has not yet investigated.

“There is a substantive amount of interest from within the research community,” he says. “And every one of these new papers that have come out about additional indications allows us to have even further confidence in spermidine’s capacity to reduce all-cause mortality.”

One of the most recent published papers on the effects of spermidine in humans was a review paper based on the study of the diets of 24,000 US adults from 2003-2014. The study found that dietary spermidine intake showed statistically significant correlations with cardiovascular disease mortality and all-cause mortality.

“In other words, those who ate more spermidine-rich vegetables and cereals died less from cardiovascular diseases and every other way than the general population,” says Dietz. “One of the most interesting things for us this year has been significant indications for spermidine in diabetes and cardiovascular disease. Two years ago, we could never have imagined that so much of the research would have centred around these core indication areas. However, the evidence is remarkable.”

Another recent paper highlighting the potential disease-modifying effects of spermidine was a study looking at its protective effect against non-alcoholic fatty liver disease in mice. The study concluded that treatment with spermidine improves an important protein protective against NAFLD, preserving, among other markers, mitochondrial activity in the liver.

“This is ground-breaking research,” says Dietz. “There are currently no FDA-approved treatments for NAFLD, but we now see signs that dietary administration of spermidine could improve liver function to help protect against the onset of fatty liver disease and the resulting negative quality of life outcomes such as diabetes and obesity.”

Dietz points out that the study wasn’t looking at reversing the effects of fatty liver disease, but rather protecting against it.

“The treatment group found much more protective activity from spermidine supplementation in maintaining a healthy liver function,” he says. “As we all know, the health community has been reiterating for years and years and years that eating high fructose diets is not healthy, yet people continue to do so. So, it’s important for us to find ways that can allow those who are obstinate to change diet, to have interventions that can help lower the onset of obesity and diabetes from NAFLD.”

Spermidine and the SmartAge study

One of the first human trials to make use of spermidineLIFE was the SmartAge study on the effect of low-dose spermidine supplementation on memory performance. Even though the study only found moderate benefits in learning ability and recognition, researchers were excited by secondary outcomes, which showed improvements in blood clotting, cholesterol levels, and markers related to cardiovascular risk.

“This was a 100-person, 12-month study with a very low (1mg) dose of our spermidine extract, which typically represents about a 10% increase in total dietary spermidine intake on an average basis,” says Dietz. “But even at that low dose, we saw improvements on all markers related to cardiovascular risk, which is very interesting when you think about the results from those other papers looking at fatty liver disease and all-cause mortality.”

Following the completion of SmartAge, Dietz says that subsequent clinical studies are already under way, exploring these new areas of interest.

“We had no hypothesis going into this – we looked at as many biomarkers as we could for 30 days of treatment,” says Dietz. “After supplementation, 72% of blood measures showed improvements, particularly in blood lipid markers. Most notable improvements were in male cholesterol levels (total, LDL, HDL), with participants reporting greater than 20% improvements.”

“In addition to that, we saw improvements in all of our blood sugar markers in both males and females.”

With many more studies currently underway, Dietz says that the key development over the past two years has been the huge expansion in potential applications for spermidine.

“We’ve now become overwhelmed with potential indications,” he says. “Originally, perhaps there was a strong focus on neurodegenerative impacts, but now we’re seeing remarkable results in other areas that we, at this point, cannot ignore.”

“We are a supplier of health and wellness products, but the research community is telling us what why that makes a difference in somebody’s life. And there’s just a tonne of data coming out in terms of cardiovascular disease and obesity, which makes it very hard for us not to dive into.”

“If we can look at things that make people’s lives better today, while still having the academic community supporting the hypothesis that this greatly improves memory and reduces dementia at an older age. Well, that’s the perfect situation for us to be in.”