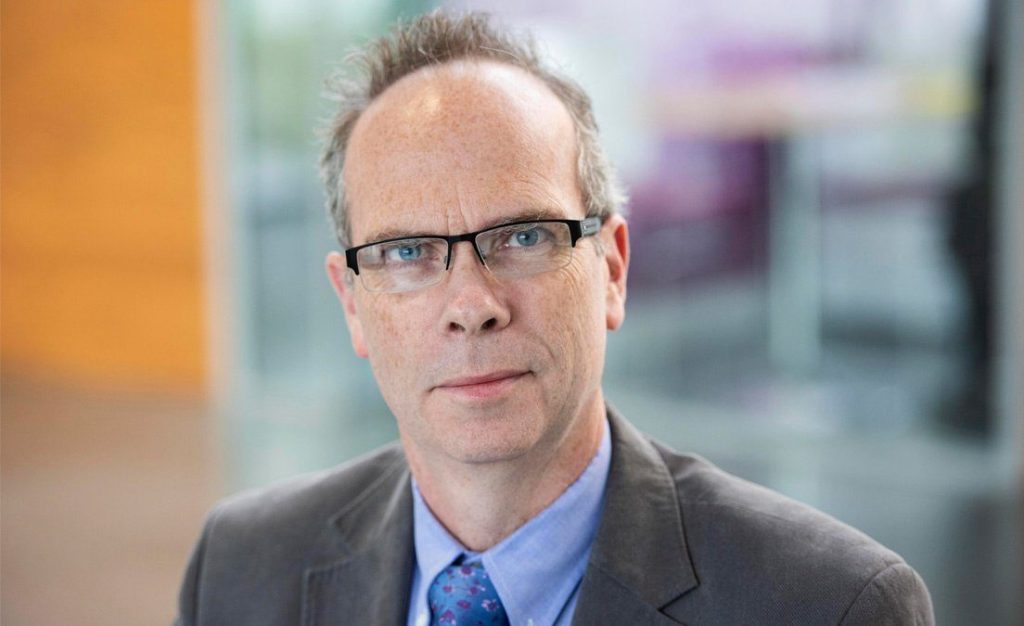 With senolytics driving investor interest in the Longevity sector, we speak to Professor Richard Faragher about resveratrol and the potential for rejuvenation of senescent cells.

Professor Richard Faragher is Professor of biological gerontology at the University of Brighton and has been studying the relationship between cellular senescence and aging for more than 30 years. He was awarded the Royal Pharmaceutical Society Conference Science Medal for outstanding scientific achievement for his work on accelerated aging disease Werner’s syndrome.

Longevity.Technology: One of the interesting observations from our recent Longevity investment survey was a very clear interest from the investment community in companies focused on developing senolytic therapies. Companies like Unity Biotechnology and Oisín Biotechnologies are at the forefront of commercialisation in this field, developing senolytics that target and destroy the senescent cells that which build up in our bodies as we age.

While senolytics are widely thought to have the potential to improve healthy longevity, recent research into the natural compound resveratrol indicates that it is also possible to turn senescent cells back into healthy growing cells. Faragher’s work puts him at the forefront of this emerging area of research but, when he started his career in the 1980s, the study of aging was a small and unpopular field.

“I’m very confident that we will see something useful from senolytics – everything now is timescales,” says Faragher. “The question is not will we see benefit, it’s who will see benefit, for what, and how fast?”

“It was very difficult in those days to get any hard scientific information,” he recalls. “It was not a part of the biochemistry course I did at Imperial and it wasn’t really covered anywhere else, it was like there was a blind spot? You didn’t mention it.”

Faragher’s early work led him to explore genetic diseases, including Werner’s syndrome – a rare disorder characterised by the appearance of premature aging.

“Long story short, there’s a cell-intrinsic problem,” he says. “So if you have Werner’s syndrome, every time your cells go around the cycle, they are three to five times more likely to never grow again. And this lies at the heart of how senescence works.”

Faragher explains that there is a common misconception that cell cultures grow and grow and then suddenly stop.

“That is not what happens,” he says. “You start off with a culture that’s 99% growing and 1% senescent and it gradually shifts to one that is 99% senescent and 1% growing. And, with Werner’s syndrome, that process is going on at about a fivefold faster rate. And it’s that increased rate that gives you the very short lifespan. So my interest in Werner’s syndrome also required an interest in senescence.”

If senescent cells were just cells that would never grow again, Faragher points out that, to an extent, it wouldn’t matter, because most of our cells are not dividing most of the time.
“On average, cells in your dermis or your cornea divide maybe once every few years,” he says. “So, if it doesn’t do anything bad, most of the time, senescent cells are not going to be a huge problem. If it does something different, that could very well be a huge problem, particularly if the balance goes out of kilter.”

Faragher and his colleagues eventually showed that the mechanisms that cause senescence in Werner’s syndrome were largely the result of telomere shortening and he then focused on learning about the characteristics of different senescent cells.

The key question then became: what can you actually do about senescent cells?

Faragher suggests the endothelial layer, which is responsible for maintaining the clarity of the cornea, as a tissue that he’d worry about being given a senolytic for.

“If you add a senolytic that works perfectly to an old eye, and didn’t do anything else, I would bet you what you would end up with is blindness,” he says. “Because you would kill the senescent cells in the endothelial layer, and the only way you would be able to replace them is by the spreading of the survivors. So, I would argue, what we also need is the ability to take senescent cells and revert them to normal.”

A chance conversation with Professor Lorna Harries at the University of Exeter about a natural phenol called resveratrol led Faragher to an exciting new piece of research.

“Lorna had come across some small piece of data showing that resveratrol altered RNA splicing and cancer cell lines,” says Faragher. “We had just developed a new synthetic route for resveratrol-type compounds, so we sent her a few along, and initially we all thought we had a senolytic, but we found what’s actually going on is when you pour these damn things on senescent cells, they stop being senescent and they start growing again.”

“What I think happened was, when you’re treating with resveratrol, you are giving these cells a little puff of telomerase, you’re opening up the telomere so that it can be repaired, and then they’ll start to grow again,” he adds. “And if you take the compound away, they’ll divide a few times and then they’ll go back to sleep.”

“This finding renders the idea of reverting senescent cells to a more beneficial phenotype conceptually possible.”

While there is still a lot of work that has to go into this area of research, Faragher believes there is great potential in this approach.

“This finding renders the idea of reverting senescent cells to a more beneficial phenotype conceptually possible,” he says. “I wouldn’t want to have a senolytic put in my eyes for any money, but I would be willing to try this, because I know that whatever else is going to happen, it’s not going to kill my endothelial layer.”

Going forward, Faragher admits there’s still a lot a lot of “broadening and deepening” of the research required and there are many questions to be answered. How many different types of cells does this work on? What are the key pathways? How potent can we make these compounds? What are the most sensible initial targets?

“Any situation in which removing senescence cell would do more harm than good is a plausible potential target,” he suggests. “My initial interest is making sure we’ve got a very clear sense of where this works and where it doesn’t – the biggest mistake that you can make is to assume that you’ve got some kind of cure-all.”

“If you neglect the basic study of these cell populations, you’ll get a million dollars’ worth of research that is structurally insecure because you didn’t do $800 worth of basic characterisation.”

Faragher also cautions against “neglecting the basic principles of the craft” or companies will end up in trouble, and points to the “very good work” that Jim Kirkland is doing by looking at different senolytics and how they kill different senescent cell types.

“There is a tendency I think to look at the flashy new cutting edge bits and pieces, but if you actually want something that gets results, that’s when you don’t neglect the basics. he says.

“If you neglect the basic study of these cell populations, you’ll get a million dollars’ worth of research that is structurally insecure because you didn’t do $800 worth of basic characterisation. And that, I think, is something where the older generation guys can help because old techniques can now be reused and combined with the latest stuff that we just couldn’t do 25 years ago.”