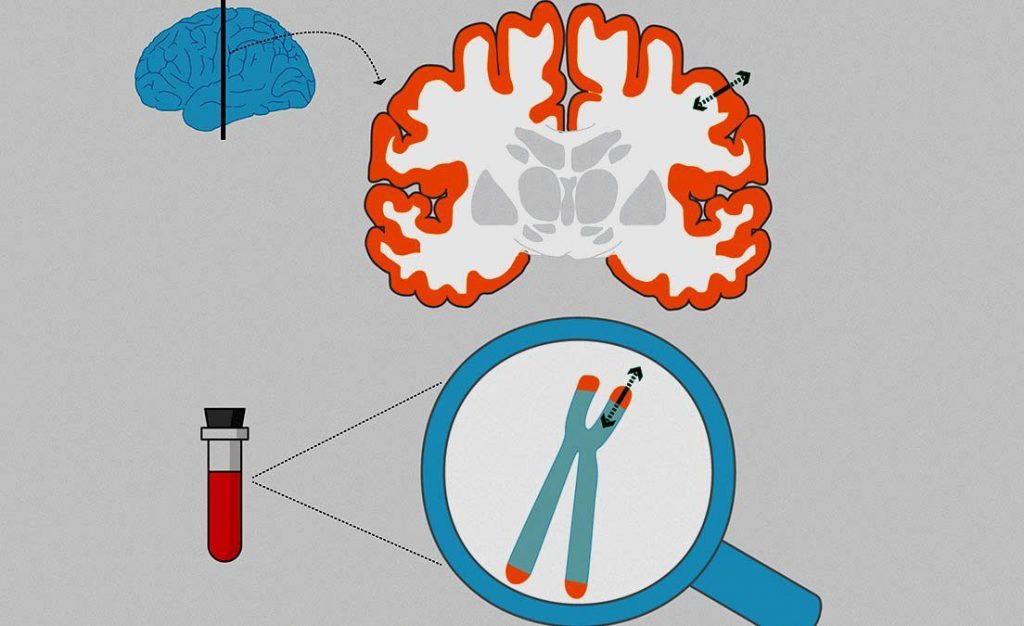 Can biological markers predict brain age? From measuring telomeres to computational approaches, promising research is beginning to find out just how it can be done.

Yesterday we covered a study by researchers at The Max Planck Institute for Human Cognitive and Brain Sciences that demonstrated that changing telomere length correlates with changes in brain structure. To get a better understanding of how this research furthers our understanding of telomeres and their importance in aging – and what happens next – we spoke to researcher and PhD student Lara Puhlmann.

Longevity.Technology: What is the next phase of research – will you be continuing this study, or taking it in a different direction?
Lara Puhlmann: We will most likely not be following up on the same participant sample. Instead, I think it would be most promising to set up a study explicitly designed to assess the long-term dynamics of telomere length and brain structure. Aging-related change in both markers and their association could be investigated using a targeted, longitudinal population study that also tracks participants’ general health status.

Longevity.Technology: We understand that you measured the length of telomeres using a polymerase chain reaction. What other biomarkers would you look to for gauging an extension (or reduction) of a person’s biological age?
Lara Puhlmann: I would like to look at further neurological markers of aging. For example, there are several promising computational approaches for predicting a person’s ‘brain age‘, and deviation from the ‘normal’ or ‘ideal’ brain age. These ‘brain predicted ages’ appear to be clinically meaningful and, as a concept, are quite accessible, which makes interpretation easier. Alternatively, there are also some interesting findings with epigenetic clocks. Ideally, one would combine these multiple approaches and use them to cross-validate each other, or integrate them.

Longevity.Technology: We reported on CNIO’s mouse lifespan extension research using embryonic stem cells that have extra-long telomeres – what do you think will be the best interventions for extending telomeres?
Lara Puhlmann: Our primary hypothesis was an effect of the ReSource Project mental training intervention on telomere length, which we did not find. I know there are some attempts to administer the enzyme telomerase to elongate human telomeres in vivo.

Externally administering telomerase may, however, also be dangerous, considering for example that telomerase levels are also particularly high in cancerous cells. We still need more research in this regard. In terms of the near future, I think all we can do is try to live a healthy lifestyle, with the aim of slowing down telomere shortening (and maybe even lengthening telomeres), until the science on telomeres has advanced.

“In terms of the near future, I think all we can do is try to live a healthy lifestyle, with the aim of slowing down telomere shortening … until the science on telomeres has advanced.”

Longevity.Technology: Do you feel there is an optimum human age to consider interventions with a person’s telomeres?
Lara Puhlmann: That is an interesting question. Considering the non-uniformity of aging processes as well as telomere attrition, I think this is definitely possible. For example, early childhood experiences, such as maltreatment, appear to have strong effects on telomere length. Avoiding such exposure could therefore already be an intervention on telomere length. But I am sure some interventions will be impactful in older age, too. Overall, my guess is that different types of interventions will have different optimum target ages.