News > FeaturesExploring the role of non-critical mutations in aging

Exploring the role of non-critical mutations in aging 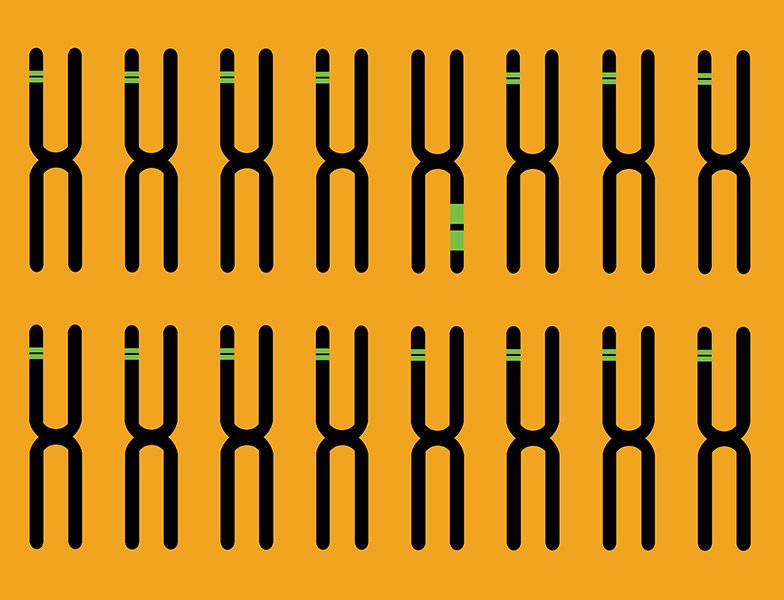 IntraClear Founder and Chief Science Officer Ariel Feinerman joins us for a guest editorial in which he asks are non-critical DNA mutations important in aging and what should science do with them?

IntraClear Biologics is on a bioengineering longevity mission to “help humanity win the war against age-related diseases.” IntraClear is based in Tallinn, a city often dubbed the European Silicon Valley due to Estonia’s Government’s innovative policies and education initiatives and the fact that it has one of the highest start-ups per capita rates in the world.

Longevity.Technology: With a research programme that includes developing a therapy for the removal of intracellular junk from the human body and developing a comprehensive panel of primary aging biomarkers, Ariel Feinerman is well-placed to offer a perspective on non-critical mutations. He comes to rejuvenation research from software engineering, and he regards aging as an engineering problem. “We don’t mine small molecules – we engineer biologics,” Feinerman emphasises. “We aren’t a pharmaceuticals company – we are a bioengineering company.”

Most cells with critical mutations in nuclear DNA (a) undergo apoptosis, (b) become senescent or (c) become cancerous (and many researchers, especially from SENS, have already discussed how to address each of these problems, such as senolytics for senescent cells and immunotherapy / telomerase control for cancerous cells).

But if the mutations are not critical, the cells will live, divide and accumulate more mutations. Over time these cells will increase in numbers – one wrong protein here, another one there. Finally, there will be too many of them, and this will lead to malfunctioning of the body.

Fortunately, experiments done by Dr Jan Vijg at the Albert Einstein College of Medicine and others on mutations (changes in base sequence in DNA) and additional studies commissioned by SENS Research Foundation on epimutations (changes in the arrangement of methyl groups) suggest that these latter kinds of alterations – the kind that accumulate in cells without triggering apoptosis or senescence or contributing to cancer – accumulate too slowly to make a difference within the current lifespan.

Apparently, most (epi)mutations in the cell are recognised as critical and trigger the apoptosis program, or make the cell senescent; however the rest, unfortunately, contribute to cancer.

“These mutations don’t accumulate nearly fast enough to harm us, because they are prevented by the same machinery that prevents cancer for a currently normal lifetime, and cancer can kill us as a result of only one cell doing the wrong thing, whereas non-critical mutations would need to affect a huge number of cells in order to affect the function of a tissue.” – Dr Aubrey de Grey, Founder and Chief Science Officer of SENS Research Foundation.

“Most of these mutations don’t need fixing (neutral changes). Some mutations will cause cell death, but another cell will take over. Other mutations could cause cancer, but this is preventable (via tumour suppressor engineering).” – Dr George Church, Founding Core Faculty & Lead, Synthetic Biology, Wyss Institute at Harvard University.

Houston, it looks like we have a problem! And because each cell has its own unique set of mutations, we cannot solve them with the methods of gene therapy in the adult organism, either today or tomorrow. Of course, in three hundred years, and even sooner, we will have completely different technologies (and other problems), but our goal is to show you that even with current technologies the problem of accumulating small mutations is completely solvable.

The point at which these mutations become a problem can also be delayed by the RepleniSENS and OncoSENS programs. As we know, some of the tissues are regularly updated, and a regimen of regularly destroying old, mutated stem cell populations and reseeding them with new and healthy ones will slow the rate of accumulation of cells bearing these disabling mutations.

With tissues that are slowly updated, or do not renew at all, and which do not have their own pools of specialised stem cells, everything is a little more complicated, but, at the same time, easier. The less often the cell divides, the fewer mutations it accumulates, because most of them are formed in the process of DNA replication. On the other hand, such cells usually accumulate physical and chemical damage in the DNA – chain breaks, oxidised or otherwise modified bases. As time goes on, the repair system in the cell works less well, and much of this damage is either not corrected at all, disrupting the expression of genes, or converted into mutations. And since such cells usually live for a long time, the accumulated damage and mutations in DNA can exceed the critical level.

While brain degradation is not usually cause for celebration, happily these cells still die, and, as detailed above, some long-lived tissues lose approximately 30% of their cells in 80 years of life. Our bodies can replace these dying cells with new healthy cells, and thus dilute the overall level of damage and mutations. However, due to the lack of stem cells in these tissues, there will have to be some tinkering to ensure we grow the proper amount of the progenitors or mature cells and integrate them into the tissue. But this is a solvable problem.

Recently, scientists have grown mature neurons and transplanted them into the brain of a rat. New neurons successfully integrated into the rat brain generally behave very well. Similar experiments with the heart muscle also showed good results in restoring it after a heart attack.

Moreover, some tissues (for example, skeletal muscles and skin) will soon be easier to print or grow in a bioreactor than to dabble with their cell structure. Of course, non-invasive methods are always better, so rejuvenation will still be necessary. While these rejuvenation biotechnologies give us much reassurance even about the hypothetical dysfunctional mutations, someone should ask the question: where will we take these new healthy cells that we plan to use in cell therapy? Many researchers who work on RepleniSENS programme explained in detail the preparation of pluripotent stem and adult cells by reprogramming and transdifferentiation, but ignored the accumulation of small mutations. Now it’s time to take them into account.

For example, we could take skin cells, or more convenient mesenchymal stem cells, and sow them on a nutrient medium. A colony will grow from each cell and we could choose the best by their phenotype, but when we sequence their genomes, we will discover that they all differ slightly in unique sets of mutations! Which of them we should take as a basis for future cell therapy? Well, probably, the one whose genome is closer to the original, and therefore accumulated fewer mutations. But we do not have the original! The original is a fertilized egg, and it has long grown and turned into 100 trillion cells of an adult human, each of which has its own unique set of mutations. Houston, it seems, we have a problem again and now is much more serious. We have nothing with which to compare our cells.

But do not panic! If we do not have the original, we will recreate it in the same way in which scientists recreate the original versions of the ancient books, having only a number of slightly different copies. Differences in them, as mutations in cells, arose because of the inevitable mistakes in copying. But scientists have found a way out. The probability of the same error in the same phrase in several books at once is small, and it decreases with the number of copies. In other words, the more times a certain phrase occurs, the more likely it is that it was in the original.

With such a simple method, scientists can restore the version of the book closest to the original. And of course, computer programs have been written already, automating the comparison of copies and recreating the original.

Similarly, comparing the sequenced genomes of different cell lines, we can recreate the closest genome to the original one by using computers. Then we will choose the most genetically close cell line to it and, by consistently applying methods of modern genetic engineering, we will correct all found mutations, recreating the cell closest to the original.

In the first round, we can ignore the non-coding regions of DNA (which is more than half of the entire genome) and, thus, we will make our work much easier. By cloning the cell and obtaining a master line, which can be frozen for the future, we can begin cell therapy of our patient. In principle, it is enough to conduct such a procedure only once, but there is no reason not to iteratively improve our master line with the advances of new technologies, using more cells for comparison, better algorithms and methods of genetic engineering.