News > BiotechFetch! Solving dog longevity can benefit us all

Fetch! Solving dog longevity can benefit us all 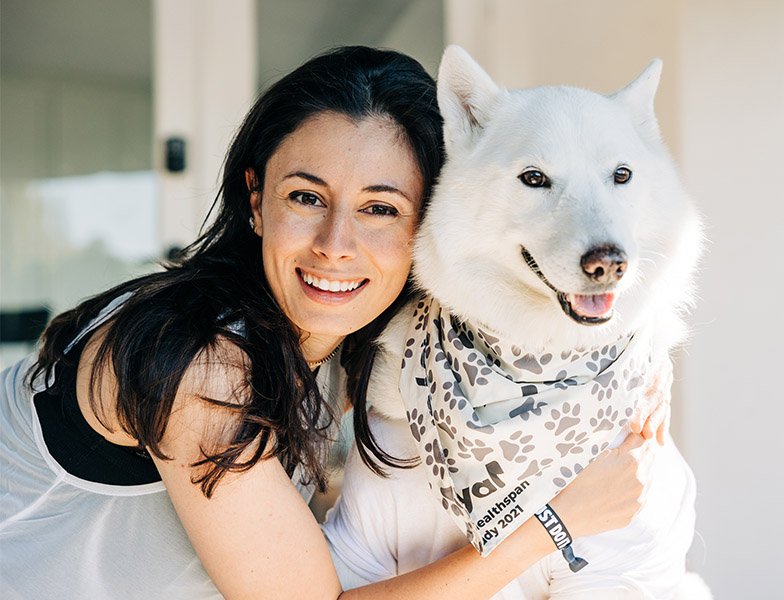 Loyal founder Celine Halioua talks about the inspiration behind her journey into aging science and why dog longevity has relevance in humans.

Earlier this week, we brought you an op-ed from longevity scientist and entrepreneur Celine Halioua, who shared her views on how our sector needs to change in order to get the first aging drug approved as soon as possible. In her role as founder and CEO of Loyal, a company developing therapeutics to improve the healthspan and lifespan of dogs, Halioua hopes to help drive the aging field ever closer to that elusive goal.

Longevity.Technology: There are many reasons why working on aging interventions in dogs makes sense – just see Matt Kaeberlein’s Dog Aging Project. Not only is it heartening to believe that our four-legged best friends could live longer, healthier and happier lives, but they are also a much more relevant model when it comes to translating these effects in humans. We spoke to Halioua to find out more about what led her to start Loyal, and where the company is headed.

While many researchers arrive at the study of aging later in their careers, Halioua, who started out in med school, came to the field aged just 18.

“I was working in an oncology clinic and had the gutting experience of meeting a terminal patient,” she recalls. “I asked the doctor if we could try surgical resection, chemotherapy, radiotherapy, or a drug,”  The answer was “no” to every option. Up until that point in my life, I hadn’t realised that detrimental things could happen to your body, and there would be nothing you can do about it – it didn’t matter how much money, time, effort or care you put into fixing  the problem, there’s just nothing you can do. Feeling that lack of freewill, that lack of ability to control your destiny when it comes to your health completely freaked me out – a proper existential crisis.”

From neuroscience to aging

The experience led Halioua to make the switch from art school to neuroscience, where she saw first-hand the challenges involved in reversing degenerative diseases like Parkinson’s, which ultimately led to her interest in preventative approaches. “Long story short, I was exposed to the aging field and the idea that by drugging a mechanism that could treat age, we might find an all-cause preventative for these age-related diseases,” she says. “This made total sense to me, and solidified my commitment to working on aging. I’ve been working in the aging field since I was 18, and my approach has always been – how can we as quickly, efficiently and effectively as possible get the first ever aging drug approved?”

Part way through a PhD at the University of Oxford, Halioua learned about Laura Deming, founder of The Longevity Fund, and approached her about doing an internship.

“I’d come to the conclusion that I was never going to get a Nobel Prize in science – making some big R&D discovery was not going to be my contribution to the field,” she says. “But I did think my contribution could be similar to what Laura did, which is helping fund and facilitate companies trying to develop age-related drugs.”

After a two-week internship, Deming made Halioua a full-time offer that she couldn’t refuse, so she reluctantly gave up the PhD and moved to San Francisco to work.

“My time at The Longevity Fund was amazing, and without Laura I would not have started Loyal today – I owe it all to her,” says Halioua. “I come from a unique vantage point on aging. I’ve seen most sides of how to build an aging drug – I’ve worked on drug development and the underlying biology for quite a few years, but I’ve also worked on the commercialization, reimbursement, preventative medicine side for a couple of years at Oxford, and then in funding with Laura. I’ve developed strong opinions about what we need to do to get the aging field to move forward – and this reflects in my thesis for Loyal.”

The idea behind Loyal came over the course of about a year and a half, where Halioua saw lots of companies pitching the fund for age-related interventions that were focused on indications that often seemed far-removed from aging.

“At that point, nobody was developing a drug explicitly for aging,” she says. “ I spent a year trying to figure out how do it in humans and came to the conclusion that it couldn’t be done without a billion dollars, which I didn’t have. But dogs seemed to present a perfect intersection of my skill set – market need, biological low-hanging fruit, and also the ability to actually test a drug for aging – healthspan and lifespan. All within a timeline that makes sense from a commercial and venture scale point of view.”

Halioua admits that, for a while, she felt “really weird” about working in dog longevity and was even embarrassed to use the phrase in public. “I eventually got conviction and went on from there – and the response has been awesome,” she says. 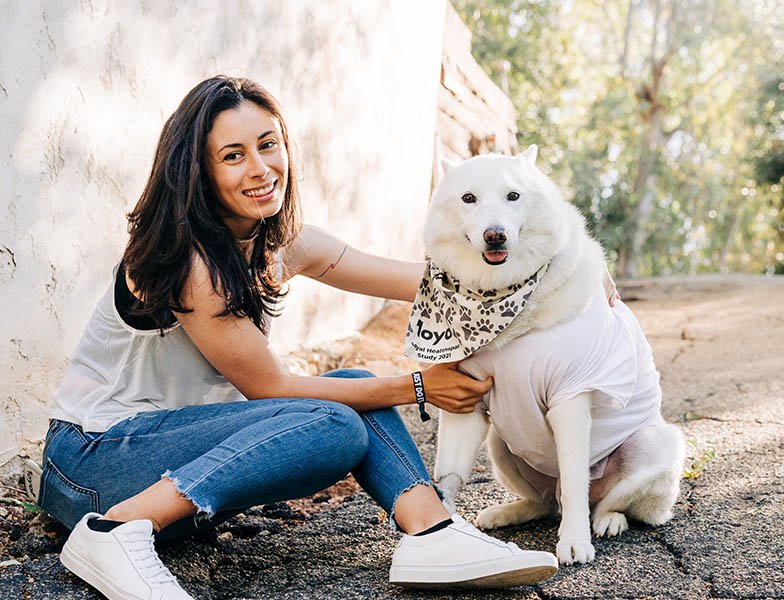 Loyal’s approach is to leverage the vast amounts of existing data relating to compounds’ effects on aging but that hasn’t been translated as there hasn’t been a mechanism to do it.
“There is definitely at least one drug out there that will extend dog lifespan – we already know that caloric restriction extends Labrador lifespan significantly,” says Halioua. “But we’re not doing rapamycin or metformin, even though everybody thinks we are!”

The company currently has two IND-filed drugs in its pipeline, both of which are expected to enter clinical trials in 2022 or 2023. LOY-001 targets a cellular mechanism that is hypothesized to cause large and giant breed dogs to age faster and have shorter lifespans than their small-breed companions. LOY-002 targets a mechanism that, in mice and humans, has shown notable improvement in cognitive function and all-cause mortality.

“Almost all of our work is actually done in dogs, and both compounds have shown nice healthspan data,” says Halioua, who can’t yet reveal the details of the healthspan improvements, but indicates they are “very promising”.

Halioua is keen to make it clear that everything Loyal achieves in dog longevity will be very relevant, from a biological standpoint, to humans.

“And so if we actually find a drug that extends lifespan in dogs, I don’t think we’ll be able to specifically commercialise that drug for humans, but as a surrogate endpoint that will be a damn good first place to look!”

In addition to its drug development, Loyal is also running an observational aging study on more than 500 dogs – big and small, old and young.

“We’re looking at various markers of aging in the dogs, including some cool protein targets that you definitely will have heard of, and we’re trying to correlate them with aging and rate of aging,” says Halioua. “Big dogs age at a much faster rate than small dogs, so it’s an interesting thing that you can look at and strongly correlate various aging markers in these animals.”