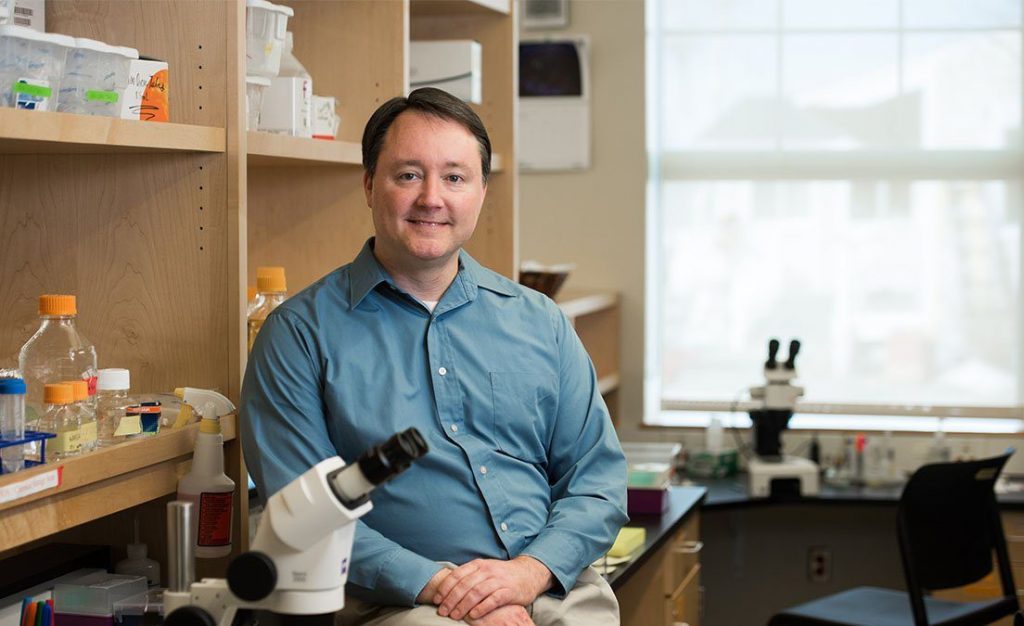 Nestled on the picturesque coastline of Maine, USA, the MDI Biological Laboratory (MDI Lab) is an independent, non-profit biomedical research institution, recognised for its innovative research program in regenerative and aging biology and medicine. The institution uses multiple model organisms and diverse cell systems to define mechanisms of tissue repair and regeneration and characterise changes that occur in cells and tissues with disease and aging.

MDI Lab recently announced it was adding the African turquoise killifish to its roster of animal models. Prior to using the killifish, the most popular model for studying therapies and interventions to expand healthy lifespan was a roundworm called C.elegans. The problem is that this worm is very far from humans on the evolutionary ladder.

The killifish is intended to bridge this gap. Its short lifespan of only four to six months offers rapid insight into the effectiveness of anti-aging interventions, while its vertebrate-specific genes, organs and complex immune system, are more relevant to the study of human aging.

We spoke to MDI Lab faculty member, Dr Aric Rogers, to learn more about his work on how the new killifish model might ultimately help benefit us all. Rogers points out that aging prevention is only one part of the puzzle, and that being able to regrow new functional tissue when damage occurs is another.

“One of the big challenges, once we see the therapeutic value of the anti-aging and pro-regenerative strategies, is how do we put these things together …?”

“One of the big challenges, once we see the therapeutic value of the anti-aging and pro-regenerative strategies, is how do we put these things together?” he says. “And are there timing issues with how we put these therapeutics together because they’re not necessarily the same thing?”

While certain elements of anti-aging will help preserve healing and the ability to heal damage, Rogers feels that something truly remarkable – like re-growing heart tissue in someone who’s had a heart attack – requires a whole new level of preserved function that wouldn’t normally be easy to access.

“But the information is there that formed all those tissues to begin with, so the question is, how much can we access that to repair damage?” he says.  “So if we’re going to integrate these therapeutic innovations and interventions going forward, we have to know how they’re going to talk to each other – and one of the things we’re doing with the killifish is marrying these things.”

Rogers explains that the C. elegans worms have been great for anti-aging research (as evidenced by a recent study demonstrating 500% improvements in lifespan), but not so great for regeneration studies. This is predominantly because when the worms become adults, they have no stem cells, other than their reproductive cells.

“…we can increase lifespan fivefold to tenfold in this animal that can’t regenerate. That’s truly remarkable.”

“So if they lose muscle cell or a neural cell, there is nothing to ever replace that,” he says. “And yet, we can increase lifespan fivefold to tenfold in this animal that can’t regenerate. That’s truly remarkable.”

But with the addition of the killifish model to his lab, Rogers is excited about the impact on age-related regenerative strategies because of the regenerative capabilities of fish – to regrow a damaged tailfin, for example.

“I hear you saying, hey, why does that matter to humans – we don’t have tailfins,” he says. “But there’s complex tissue, there’s muscle, there are blood vessels – there’s all this patterning that has to be preserved when it regrows. And so there’s a lot of information we can glean from that, and hopefully translate that in the future into therapeutic strategies, or at least strategies for development of therapies.”

Rogers expects the lab to have a few a few generations of killifish ready to study this summer, when they are planning for a lot of experiments to get started.

“We’re really anxious to get into this and one of the first questions we want to ask is to figure out what regeneration looks like at various times within the life lifespan of this fish, which is less than six months,” he says. “What does it look like at the molecular level? What about the DNA and chromatin architecture within in the nucleus, which we now know is really important for how well cells function – what does it look like? And how does that correlate with regenerative ability and potential?  And then what about when we start introducing anti-aging intervention or a pro-regenerative therapeutic?”

The pro-regenerative therapeutic that Rogers is referring to is MSI-1436 (trodusquemine), a compound that targets a phosphatase in humans that controls metabolism. It was unsuccessfully developed to try to and make weight-loss and diabetes drugs.

“What we found out is they were looking at the wrong thing – they should have been looking at using this drug to try to regrow tissue, and nobody thought that was possible in a mammal,” says Rogers. “But now there’s some emerging evidence that it actually is possible.”

Recognising the regenerative potential of MSI-1436, MDI Lab spun out a company, Novo Biosciences, which is focused on using the compound to develop a drug for the treatment of heart damage following acute heart attack, alongside other treatments.

“That’s exciting because that’s probably the first [therapeutic] I’ve ever heard of on the regeneration side,” says Rogers.

So does Rogers expect that we’ll see regenerative therapies available for humans in the not too distant future.

“I strongly suspect that we will,” he says. “More studies are needed in mammalian systems because it’s mammals that seem to have forgotten how to regenerate tissue. And so a lot of work needs to be done that work is necessarily going to be more expensive and time consuming. But I have very high hopes for that.”