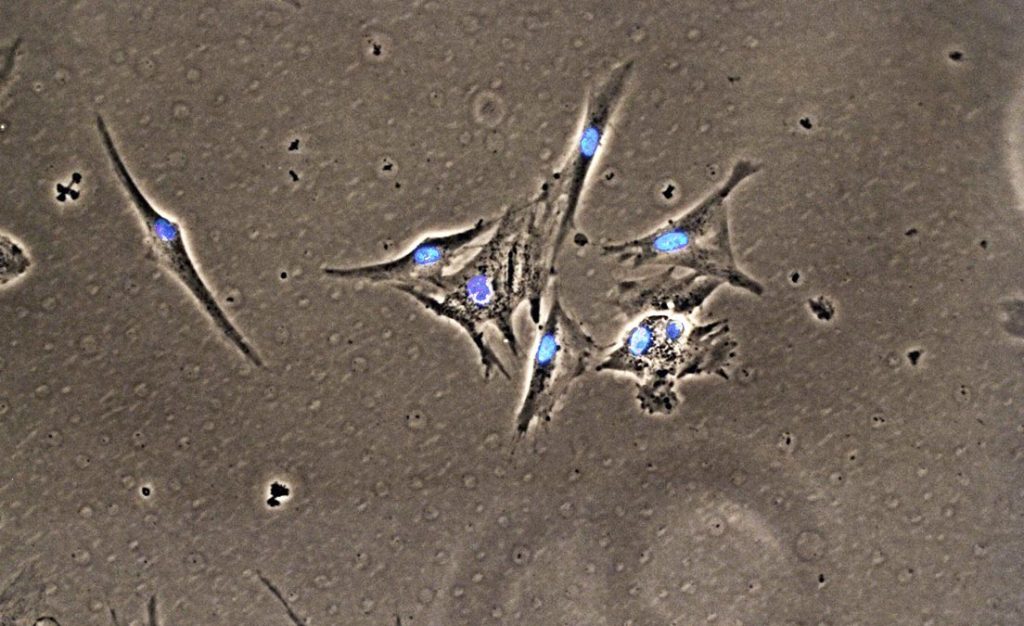 Many of the companies working in the Longevity sector are playing their cards very close to their chests, and “stealth mode” is a term we hear all too often. One such company is Five Alarm Bio, which is based near Cambridge in the UK. Information on its website indicates the company is focused on addressing “the degradation of cellular accuracy” and that it has successfully demonstrated the potential of a novel approach to target the underlying chemistry of aging.

Five Alarm Bio is founded by Dr William Bains, a scientist and entrepreneur with a 30-year track record in research into the fundamentals of biology and commercialisation of those discoveries. Dr Bains’ research focuses on the chemical nature of life, its limits and its failures, especially in aging.

We caught up with Dr Bains to see what more we could find out about where his company is headed.

“I have been thinking about the nature of the chemistry of life for more than 20 years, the last 10 in a collaboration with MIT looking for life on other worlds. and have been following the anti-aging field since my postdoc days in 1982,” says Dr Bains. “Then in 2011 my mother was diagnosed with Alzheimer’s disease, and I started to think how I could turn all this academic expertise to doing some good. Turning 60 was in the motivational mix as well!”

Dr Bains attended an anti-aging conference in November 2014, which is where he had his eureka moment that led to the creation of Five Alarm Bio.

“While thinking why the speaker in a talk had got it all wrong, I had a flash of insight how the chemistry and the aging fitted, and the basic idea for FAB was born,” he explains. “It took another year to flesh out why this was a business, and we incorporated in 2016.”

When asked to shed more light on the science behind their business, Dr Bains wasn’t willing to go any further until patent protection has been secured, although he did confirm that it is not telomeres.

“We are in the research stage, about to embark on a major program of chemical synthesis to optimise our initial probe molecule,” he says. “All the data so far has been seed-funded research in vitro. We have got good data to show that the “probe” molecule we are using a) is non-toxic on prolonged use, b) slows the rate at which cells age in vitro, and c) may reduce the damaging effects that senescent cells can have on the cells around them.”

Dr Bains explains that all the work is done on primary human cells, which he feels is the best model for human cellular aging (other than people), but it is still in the Petri dish, not in an animal. Five Alarm Bio’s next steps are to secure broad patent coverage of its mechanism of action and on the optimum molecules to take forward.

“This may include in vivo studies and even human volunteer trials, depending on the specific goals we end up pursuing,” says Dr Bains. “Key milestones are that patent coverage, which we are confident we can get once we have some more experimental data.”

In terms of specific targets for the company’s technology, its initial proof of concept experiments were on cell senescence, and so is looking at other targets where cell senescence is important, but Dr Bains is also keen to explore its potential benefit in Alzheimer’s.

“There is a hint (no more than that yet) that we can genuinely slow the rate of progression of the disease, so our drug given to patients with Mild Cognitive Impairment (MCI) could slow the rate at which they progress to dementia,” he says. “But this is a huge challenge to prove.”

Dr Bains is also interested in a near-term opportunity to target skin aging for the cosmetics market.

“Skin aging is driven by photo-damage and chemical damage to the skin, both of which we should be able to slow,” he explains. “We are actively exploring the commercial aspects of getting into the cosmetics market at the moment.”

The company has been entirely funded by its founders so far, but is now readying itself for significant investment.

“Two years’ lab work paid for out of our own pockets – that was quite scary!” says Dr Bains. “We are seeking investment from external investors at the moment. We are looking for £2.6m, it is still early stages, but the signs are encouraging that we will be able to close this spring.”

He expects that funding is likely to come from high net worth individuals or private investment groups, with venture capital as an outside option.

“The goal will be to capture all the IP around our approach, put together a commercial licensing package for the cosmetics applications, and develop the therapeutics programme to ‘hit’ stage,” he adds.