Forget the arms race – it’s time for a longevity race 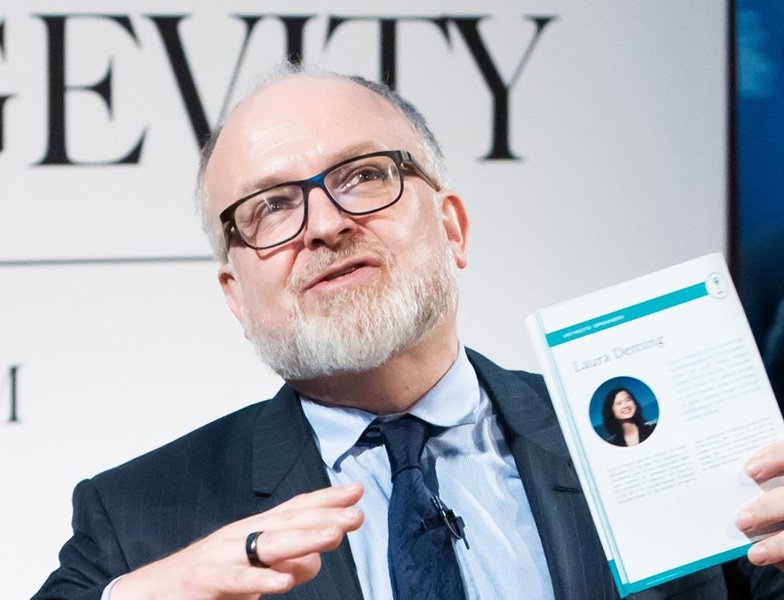 Last week, we brought you the views of London Business School professor Andrew Scott, who, along with Harvard’s David Sinclair and Oxford’s Martin Ellison, has co-authored a new paper highlighting the significant economic benefits of longevity. Today we bring you more from our interview with Scott, focusing on what needs to be done in order to capitalise on the economic potential of our increasingly long-lived society.

Longevity.Technology: When the topic of our aging population is raised, the implications are typically considered from a cost perspective, rather than the potential economic benefits to be gained from living longer. With the new paper in Nature Aging, the authors hope to change the narrative on the economics of aging, and Scott was happy to share his views around what needs to change in order to make the most of the longevity opportunity.

The idea that aging is malleable is a relatively recent concept, says Scott, who believes this is part of the reason why the subject of aging and older people is often surrounded by a negative cloud.

Scott suggests there are two key changes occurring in our society. First, a demographic transition, represented by a fall in birth rates and more people living longer, resulting in a change to the overall structure of the population. Second, as we are living longer, there’s also a change in how we’re aging, and this is the area that he believes we should be focused on.

“If we look ahead and say, ‘Okay, I’ve got more time ahead, so if I invest more in my health, more in my education and more in my finances, then all these things should unlock an economic longevity dividend,’” says Scott. “And the more you can realise that longevity dividend, the smaller the costs of an aging society will be.”

Governments “waking up” to longevity

Scott points out that, while we have been making steady improvements in longevity and healthy life expectancy, we haven’t been making the most of those improvements. Why? Because we’re hardwired as humans to think about old age and aging in a certain way.

“We tend to measure age looking backwards and how many birthdays we’ve had, rather than how many birthdays are yet to come,” he says. “So lots of people just aren’t aware of the fact that life expectancy is increasing as they age – they’re not adjusting, they’re not preparing. And that’s a really, really big challenge.”

So does Scott feel that policymakers are starting to take aging and longevity more seriously?

“I think COVID-19 has made people much more aware of how many ‘old people’ there are, but also how 70 is not old anymore, given life expectancy trends,” he says. “In our paper we tried to put an economic value on the gains that come from living longer in better health, and it’s an enormous sum. It’s important to support the needs of older people but, for me, the really big market will be in providing ways to help us age better.

“I think governments are beginning to wake up to this concept too – I’ve certainly seen UK politicians beginning to become receptive to it, so there will be change.”

“But it’s not just the UK, other countries, such as Japan, are looking at how to become a world leading industry in this space,” he adds, suggesting that the competition created between countries vying to lead a global longevity race will help move things forward more quickly.

How to achieve the longevity dividend

Scott says the main purpose of the Nature paper was to start to think about how to assess the economic gains from healthy longevity as a way of getting policymakers to recognise the positive economic value of longevity. When it comes to what governments should start looking at first, he believes supporting longer working careers is key.

“For all the talk about pushing back retirement age, people are still starting to leave the labour market after 50, and we’ve got to try and stop that from happening,” says Scott. “So how do governments around the world maintain employment? Well, that’s going to be about health, it’s going to be about skills and about the nature of jobs, but there’s a huge longevity dividend to be gained from that.”

According to Scott, another clear target for policymakers should be the significant differences in health and longevity outcomes that exist between socioeconomic groups.
“We know there’s massive inequality. So we can talk about getting everyone to live longer and healthier lives but we know we can get the people who have got bad health outcomes to get closer to the average. Given the value of doing this, it’s an obvious priority.”

Shifting to a preventative approach to healthcare will also be key to helping countries realise the longevity dividend, says Scott, who recognises that this will be difficult for countries to implement.

“It’s going to be an enormous challenge, partly because, for a while, you’re going have to fund two different health systems,” he says. “But also, people in charge like to do things the way they’ve always done things. Shifting from an intervention based approach to doing prevention requires a whole new skillset, a different type of personality – it’s a different organisation. And there will be resistance within health systems to that.”

Scott also highlights the potential impact of the work being conducted in longevity biotech to develop therapeutics that target aging.

“I think the challenge is that delaying or reversing aging is seen by many as science fiction,” he says. “Given how radical a breakthrough it would be, you can understand that, but it’s also partly down to how messed up we are around the concept of age, and not recognising that there’s a blurred area between aging and health that we can act on. It’s a big mindset change, but it will happen.”

Professor Scott is a co-founder of The Longevity Forum, which will be hosting its annual Longevity Week event in November. Stay tuned for more top longevity stories focused on Longevity Week in the build-up, during and after the event.