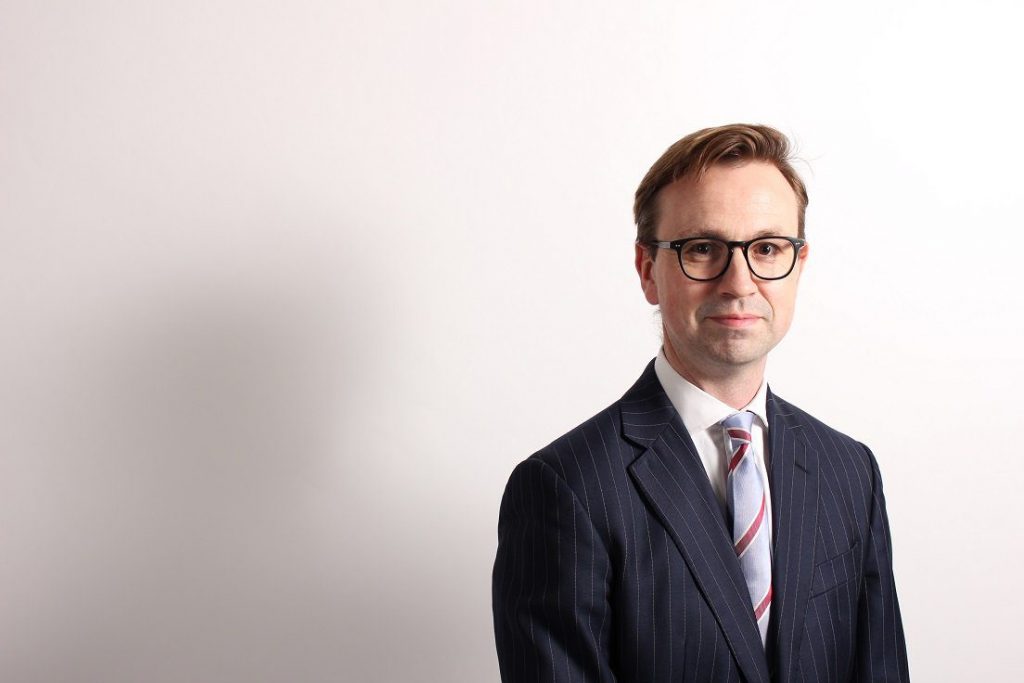 Earlier this year, a major US financial analyst firm identified Longevity as one of the most significant investment opportunities in the coming decade. In their assessment of the market, Bank of America predicted that the study of the human genome, genomics, will become a $41 billion industry by 2025. But, while gene editing presents a significant investment opportunity, it also raises key questions about the legal and ethical issues surrounding what is undoubtedly a controversial area of modern science.

To get a better understanding of the topic from a legal perspective, we spoke to James Lawford Davies, a solicitor and partner at Hill Dickinson in London. Tomorrow, he will participate in a panel discussion, entitled Technologies shaping the future of humanity over the next decade, at the annual Longevity Forum.

Davies specialises in life sciences regulation and litigation, with a particular interest in cell and gene therapies and advises a large number of companies, clinics, and universities. He has been involved in most of the leading cases relating to reproductive and genetic technologies in the UK.

Longevity.Technology: It’s estimated that 2 billion human genomes will be sequenced over the next 10 years. That’s a significant percentage of the global population – what are the implications of this and who will own this data?
James Lawford Davies: The accumulation of genomic data certainly offers tremendous potential for medical research and the greater understanding of health and disease.

Understandably, it also raises questions at a public and policy level about data governance and security. In the UK, the General Data Protection Regulation (GDPR) governs most uses of personal data, including in healthcare, and it specifically defines sensitive personal data to include genetic and biometric data. There is, however, some uncertainty about the implications of the GDPR for particular uses of genomic data, including data processing for the purpose of clinical diagnosis, for biomedical research, and where the data has been ‘pseudonymised’.

The GDPR tries to balance the need to protect privacy with the benefits of data use. Data sharing is fundamental to medical research and healthcare, both in the UK and across borders, and it is commonplace for anyone undergoing genetic testing or analysis to be asked to consent to their anonymised data being used for research purposes and shared with others. Although subject to strict data governance requirements in the UK, this may not fit comfortably with the notion of genetic data being ‘owned’ as property (though the individual may of course refuse their consent, give conditional consent, or withdraw it at a later date).

Longevity.Technology: What are the AI implications for the mass amounts of gene data that will be generated?
James Lawford Davies: The raw data obtained from one genome is around 200GB, so databanks obtained from large volumes of genome sequencing have generated extremely large datasets which require a new approach to data analysis and processing. They are generally complex, multi-dimensional and heterogeneous, and also often unstructured and rapidly expanding. They therefore require sophisticated computational analysis, and AI-driven software is ideally placed to reveal patterns, trends and associations, and to extract information which can inform product development.

”The raw data obtained from one genome is around 200GB, so databanks obtained from large volumes of genome sequencing have generated extremely large datasets which require a new approach to data analysis and processing.”

A recent model for the successful establishment of such a big data set is the UK’s 100,000 Genome Project (run by Genomics England) which sequenced the genomes of 85,000 NHS patients affected by rare disease or cancer – a staggering feat, intended to facilitate scientific discovery, kick-start the UK genomics industry, and create a new genomic medicine service for the NHS. Although the patients who agreed to participate in the Project did so without any financial benefit, their data is most likely to be used to develop new therapies within the commercial sector. Consequently, Genomics England has developed charges for its data services to contribute to the costs of maintaining the data.

Whilst relevant clinical data about an individual patient is passed on to their doctor, the use of the data in research and development is therefore available on a commercial basis in order to maximise the utility and preserve the future of the dataset.

Longevity.Technology: In which geographies do you see the risks for gene therapy being less regulated and what are the implications of this lighter regulation?
James Lawford Davies: There will always be regulatory disparities between different jurisdictions. Some countries have chosen to ban certain technologies, others (like the UK) have opted instead to allow research and innovation but subject it to strict regulation, and other countries have little or no regulation. It is impossible to impose comprehensive international regulation, but it is both feasible and desirable to agree international standards for responsible and ethical research and clinical practice. Once in place, any research or therapy that falls outside these standards may be readily identified and held to account.

To this end, the World Health Organisation (WHO) has established an expert panel to global standards for governance and oversight of genome editing, and an international registry to track research on human genome editing. This will not eradicate irresponsible research, but it will hopefully mitigate the risk of vulnerable patients paying for unproven treatments in unregulated jurisdictions. It should also avoid the need for a ban or moratorium, as has been called for in some quarters.

Longevity.Technology: You have contributed a chapter to a new Cambridge University Press textbook on genome editing, due to be published in January 2020. What do you see as being the key legal issues in gene editing?
James Lawford Davies: The most important issue facing the sector at the moment is the danger posed by unethical and irresponsible research and practice. There is international scientific consensus that germline genome editing should not be used in clinical practice unless and until it is shown to be safe and efficacious. Despite this, the birth of twins born from genetically edited embryos was announced in December 2018, and since then other rogue scientists have expressed their intention to use genome editing in embryos to be used in treatment. Such conduct threatens to undermine the responsible and robust research carried out under ethical approval and regulatory oversight. This in turn risks provoking a backlash in the form of prohibition or restriction which may stifle research in this important area.

“There is international scientific consensus that germline genome editing should not be used in clinical practice unless and until it is shown to be safe and efficacious.”

A second, related issue is that the regulatory frameworks governing genome editing need to strike the right balance between ensuring that research and clinical practice is safe, and allowing responsible innovation. We are fortunate in the UK to have a mature and robust regulatory framework which achieves this balance well, but this cannot be said of certain other jurisdictions.
A third consideration is the need for debate, dialogue and discussion. Perhaps more than any other development, genome editing has created both fear and excitement in equal measure. It offers the potential to eradicate disease, whilst also threatening to permanently alter the germline. In order to maintain public confidence and political support, there needs to be an open and transparent discussion about what research is being done, why, and with what result. Such dialogue has been shown to work in relation to the progress of mitochondrial transfer from research to therapy, and is all the more vital in the broader and more contentious area of genome editing.