News > InnovationGenetic control of aging – is it time for a rethink?

Genetic control of aging – is it time for a rethink? 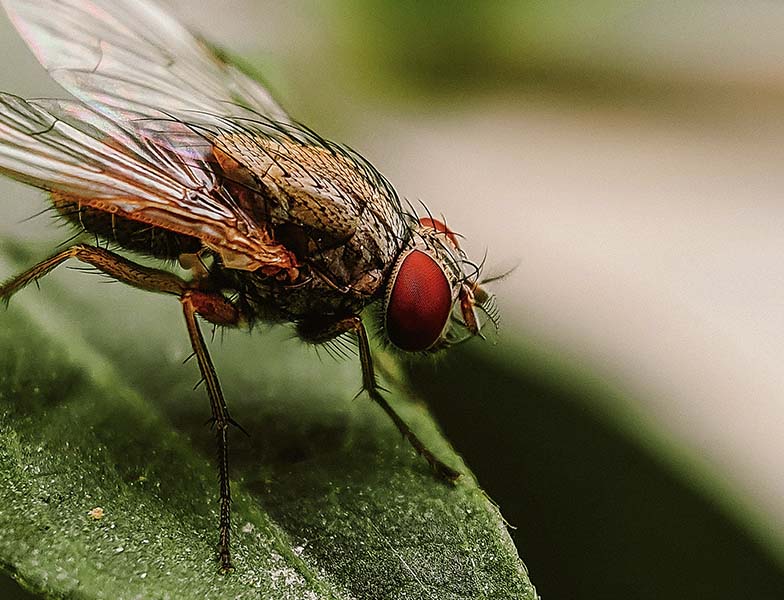 National Institute of Health scientists discover that bacteria may drive activity of many hallmark aging genes in flies.

To better understand the role of bacteria in health and disease, National Institutes of Health researchers fed fruit flies antibiotics and monitored the lifetime activity of hundreds of genes that scientists have traditionally thought control aging.

Longevity.Technology: The more we investigate aging, the more we are surprised; Drosophila has a long history of discovery in longevity research, from calorie restriction to insulin signalling, and now it would seem that antibiotics can influence gene expression and even extend life. Of course, no-one is advocating we go crazy with the amoxicillin just yet, but this fascinating discovery warrants further investigation.

To the scientists’ surprise, the antibiotics not only extended the lives of the flies but also dramatically changed the activity of many of these genes. Their results suggested that only about 30% of the genes traditionally associated with aging set an animal’s internal clock while the rest reflect the body’s response to bacteria [1].

“For decades scientists have been developing a hit list of common aging genes. These genes are thought to control the aging process throughout the animal kingdom, from worms to mice to humans,” said Edward Giniger, PhD, senior investigator, at the NIH’s National Institute of Neurological Disorders and Stroke (NINDS) and the senior author of the study published in iScience. “We were shocked to find that only about 30% of these genes may be directly involved in the aging process. We hope that these results will help medical researchers better understand the forces that underlie several age-related disorders [2].”

Like some of the best scientific discoveries, the results happened by accident. Dr Giniger’s team studies the genetics of aging in a type of fruit fly called Drosophila; previously, the team showed how a hyperactive immune system may play a critical role in the neural damage that underlies several aging brain disorders [3]. However, that study did not examine the role that bacteria may have in this process.

To test this idea, they raised newborn male flies on antibiotics to prevent bacteria growth. At first, they thought that the antibiotics would have little or no effect. But, when they looked at the results, they saw something interesting. The antibiotics lengthened the fly’s lives by about six days, from 57 days for control flies to 63 for the treated ones.

“This is a big jump in age for flies. In humans, it would be the equivalent of gaining about 20 years of life,” said Arvind Kumar Shukla, PhD, a post-doctoral fellow on Dr Giniger’s team and the lead author of the study. “We were totally caught off guard and it made us wonder why these flies took so long to die [2].”

Dr Shukla and his colleagues looked for clues in the genes of the flies. Specially, they used advanced genetic techniques to monitor gene activity in the heads of 10, 30, and 45-day old flies. In a previous study, the team discovered links between the age of a fly and the activity of several genes [4]. In this study, they found that raising the flies on antibiotics broke many of these links.

Overall, the gene activity of the flies fed antibiotics changed very little with age. Regardless of their actual age, the treated flies genetically looked like 30-day old control flies. This appeared to be due to a flat line in the activity of about 70% of the genes the researchers surveyed, many of which are thought to control aging.

“At first, we had a hard time believing the results. Many of these genes are classical hallmarks of aging and yet our results suggested that their activity is more a function of the presence of bacteria rather than the aging process,” said Dr Shukla [2].

Notably, this included genes that control stress and immunity. The researchers tested the impact that the antibiotics had on these genes by starving some flies or infecting others with harmful bacteria and found no clear trend. At some ages, the antibiotics helped flies survive starvation or infection longer than normal whereas at other ages the drugs either had no effect or reduced the chances of survival.

Further experiments supported the results. For instance, the researchers saw similar results on gene activity when they prevented the growth of bacteria by raising the flies in a completely sterile environment without the antibiotics. They also saw a similar trend when they reanalysed the data from another study that had raised flies on antibiotics. Again, the antibiotics severed many of the links between aging and hallmark gene activity.

Finally, the team found an explanation for why antibiotics extended the lives of flies in the remaining 30% of the genes they analysed. In short, the rate at which the activity of these genes changed with age was slower than normal in flies that were fed antibiotics.

Interestingly, many of these genes are known to control sleep-wake cycles, the detection of odorants, and the maintenance of exoskeletons, or the crunchy shells that encase flies. Experiments on sleep-wake cycles supported the link between these genes and aging. The activity of awake flies decreased with age and this trend was enhanced by treating the flies with antibiotics.

“We found that there are some genes that are in fact setting the body’s internal clock,” said Dr Giniger. “In the future, we plan to locate which genes are truly linked to the aging process. If we want to combat aging, then we need to know precisely which genes are setting the clock [2].”