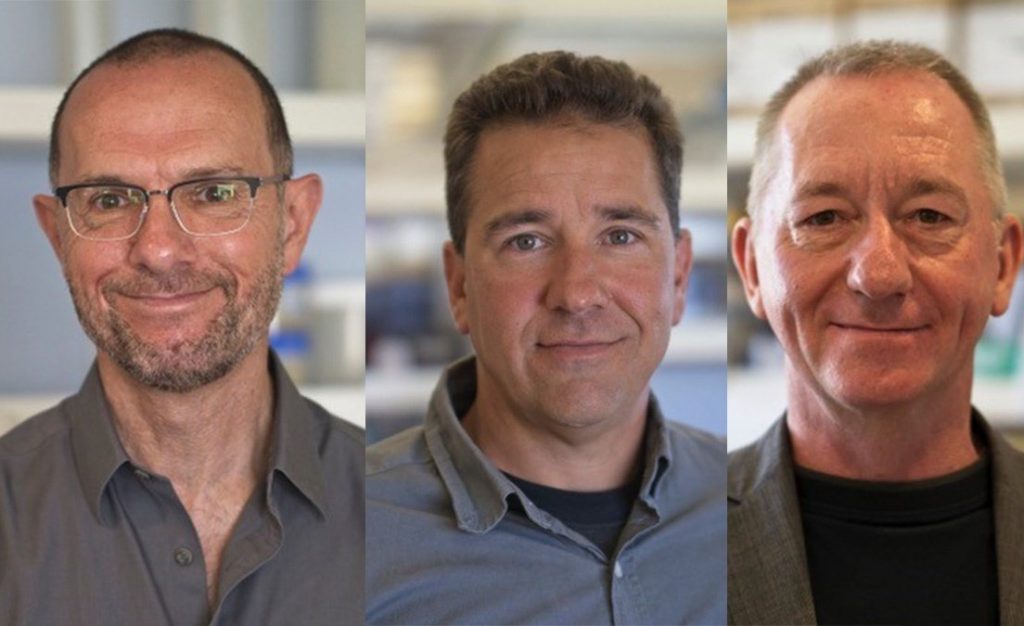 With around two weeks still remaining in its crowdfunding campaign, Buck Institute incubated start-up Gerostate Alpha has cruised through its minimum funding target of $300,000. The company also revealed that Longevitytech.fund has joined the round as a lead investor, bringing the total investment in the company to more than $500,000 so far.

“At Longevitytech.fund, we invest in start-ups focused on aging that will materially ‘move the needle,’” says the investment firm’s managing partner, Petr Sramek. “The team at Gerostate Alpha is poised to do just that in the coming years, and we are very excited to partner with them for the long haul.”

Longevity.Technology: For early stage biotech companies, particularly those targeting aging, securing funding is a constant challenge. Gerostate Alpha is “testing the water” by exploring crowdfunding as another financing option, and seems to have had some success with it. We caught up with the company’s co-founders Simon Melov and Mark Lucanic to find out more.

The crowdfunding campaign runs until 9th August, and Melov is hopeful that the final two weeks of the campaign will see more investors join the more than 300 individuals that have already chosen to invest.

“This approach was a bit of a mystery to us and we viewed it as a test campaign for crowdfunding the development of interventions for aging,” he says. “It’s been quite successful to date and we still don’t know how far this will go in the remaining couple of weeks. But it’s definitely been helpful in financing our next set of experiments.”

Gerostate has created a drug discovery platform that screens compounds based on lifespan extension results in invertebrate (worm) models, and the company is seeking funding to move promising compounds into studies in mice.

“We believe we have an approach that is extremely fast in delivering drug candidates and testing them,” says Melov. “And it’s not based upon assumptions, which many of the other approaches are – we are actually targeting mechanisms and pathways that demonstrably increase lifespan, albeit in a model system.

“We have developed this machine which can produce candidates, and we want to crank that handle. Depending on the magnitude of the eventual raise, we can do more of that and get even more candidates into mice.”

Melov believes there is “a lot of frustration” in the longevity community with regards to the pace of drug development, and that crowdfunding presents an opportunity for people to get more involved in helping push the field forward.

“This is an opportunity to get in on the ground floor of a company that is developing novel therapeutics for extending healthspan and possibly lifespan,” he says. “And what distinguishes Gerostate from a lot of other players in this space, is that we’re doing that on a routine basis for brand new targets and pathways. We believe that the majority of major pathways and targets that modulate lifespan have yet to be uncovered.”

Gerostate has already identified a set of novel compounds that extend lifespan in simple invertebrate model organisms, and Lucanic says the company has been “working on quantifying their effects in terms of potency.”

“We’ve also been looking at the candidates’ performance in metabolic stability tests in invertebrate models as a way to triage groups of them and to rank what we think their probability of success is going to be into our terms of tolerability for our rodent model. With this crowdfunding campaign, as well as the additional investment from Longevitytech.fund, we now have the ability to put them into mice and into our complex aging model.”

“We have a six-month turnaround with regards to looking at slowing functional decline associated with aging, covering a whole range of indications, for most of which there are no genuine therapeutics for treatment in aging human beings,” says Melov. “So we’re targeting all these things in a way that allows us to look and track in real time to see whether we’re altering that rate of change of decline in function. And so that that gives us some real opportunities to develop novel leads in a valuable way.”

At current funding levels, Lucanic says Gerostate is funded to take at least five compounds into mammalian studies, but if more funding comes in before the end of the campaign, then that number will increase. The company, adds Melov, is also very capital efficient, due, in part, to its incubation at the Buck Institute.

“We can take full advantage of all of the resources here in ways which would just not be possible elsewhere,” he says. “We can access services on a fee for service basis at fair market value, which are just not available anywhere else, which helps us tremendously in terms of leveraging investment into very meaningful outcomes for drug development for aging.”