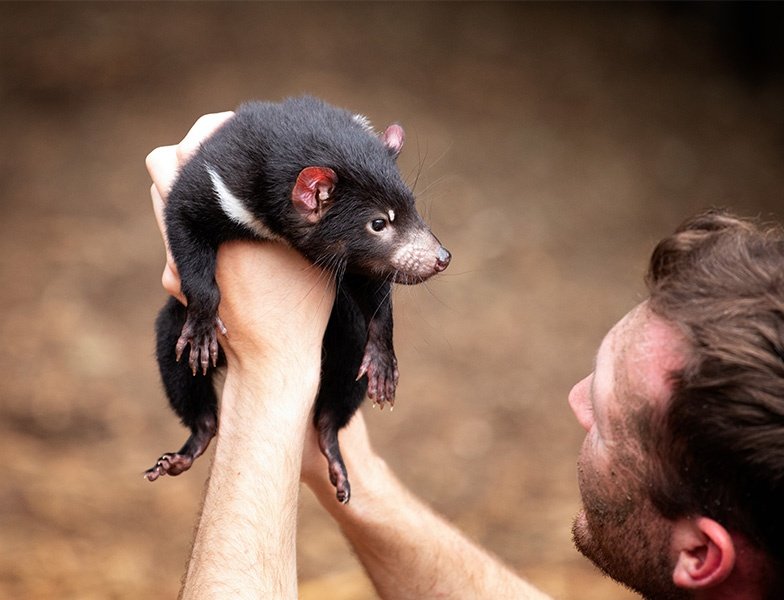 Wild Biotech plans to use database of more than 1,200 gut microbes to pursue novel drugs for human diseases and enhance CRISPR editing.

Wild Biotech, a preclinical stage drug discovery and development company, emerged from stealth mode at the end of last week, boasting a database of more than 1,200 gut bacteria harvested from animals ranging from vultures to Tasmanian Devils. 75% of these microbiota were previously unknown, says the Israel-based biotech.

Longevity.Technology: Wild Biotech is funded by private investors Marius Nacht and TechBio, and is so far keeping its pipeline under wraps; has not disclosed details about its pipeline, but has teased it is looking at immune diseases, which could include asthma or autoimmune disease. Parkinson’s and obesity research is also looking at a microbiome approach, and the human microbiome market, which was valued at $351.81m in 2018, is continuing to enjoy considerable growth fuelled by rising incidences of diabetes, an aging population and pharmaceutical research. For instance, MaaT Pharma raised $20 million last year to progress a microbiota biotherapeutic.

The company also announced the publication of its first major paper, which appears in the journal Science. The study mapped the gut microbiota of animals in the wild on a massive scale, adding millions of potentially novel microbiome-based therapeutics for human diseases to the company’s large database. Wild plan to use these findings initially to investigate its database for targets in inflammatory, immune and gastrointestinal diseases.

“For the study, we collected gut microbiota from almost 200 species of animals in the wild, covering diverse classes, feeding behaviors, geographies, and traits,” said Neta Raab, Co-founder & Chief Executive Officer at Wild Biotech. “Using de novo metagenome assembly, we constructed and functionally annotated a database of over 5,000 microbial genomes from those animals covering more than 1,200 bacterial species – 75% of which were previously unknown [1].”

“We are balancing innovation and clinical evidence to screen many millions of interactions with specific targets associated with human diseases … We are very excited about the extraordinary potential hidden in this database for identifying entirely novel approaches to treat disease.”

Animals in the wild exhibit extraordinary feats of survival; some, from hyenas and jackals to Tasmanian Devils, subsist on rotting, pathogen-infected and toxic food while remaining immune to disease – possibly due, in part, to their gut microbiota. While the understanding of the diversity and functions within these ecosystems is poor, the microbial composition, diversity, and functional content of animals’ microbiota have known associations with animal taxonomy, diet, activity, social structure and lifespan. “These are clues which we could tap into in order to discover entirely new agents to treat human diseases,” Raab said [1].

The findings reported in Science add 30 million genes – each representing a potentially new therapeutic agent – to Wild’s database of animal microbiota, which now comprises hundreds of animal species and 100 million genes. “The majority of that genomic material is novel, and our database introduces thousands of previously undescribed species into the bacterial tree of life,” Raab said [1].

The paper also describes how Wild researchers synthesised enzymes produced by gut microbiota of vultures and were able to demonstrate that the enzymes detoxify carrion, meaning the birds can eat it safely.

Wild applies cutting-edge AI tools to decipher the therapeutic potential of its database and identify proteins, peptides, bacteriophages and other agents with direct activity on targets in human diseases. The company hopes its database will give it a unique place in the market, because, unlike microbes found in the ocean or soil, the gut microbiota of animals is the most relevant and directly translatable to human therapeutics.

Wild Biotech’s database and AI tools are complemented by high-throughput synthetic biology to validate microbiome-derived agents and accelerate them into preclinical testing, and the high quality of the data extracted from microbial genomes enables the company to directly synthesise and test agents. For example, in the Science study the team synthesised a panel of previously-undescribed enzymes from carrion eater microbiota and showed that they operate on a range of microbial toxins, suggesting a mechanism that detoxifies carrion for its safe consumption by the host animal.

The company has also identified in its database over 2,000 CRISPR/Cas genome editing systems, of which approximately one third does not belong to any known CRISPR/Cas family.

“Intractable diseases require new thinking on intervention. Wild has built a revolutionary approach and the tools to explore its novel data sets, unlike any other company,” said Dr John Baldoni, pharmaceutical industry expert and advisor to Wild Biotech. “You must have the data in order to do the computational work.

Because of their highly evolved and relevant library, they are able to look at millions of interactions quickly, within days, and screen and target logical therapeutic areas. Wild’s approach enables a translatable workflow from its microbiome data to molecular mechanisms associated with complex diseases [2].”

“We are balancing innovation and clinical evidence to screen many millions of interactions with specific targets associated with human diseases,” said Raab. “We are very excited about the extraordinary potential hidden in this database for identifying entirely novel approaches to treat disease [1].”