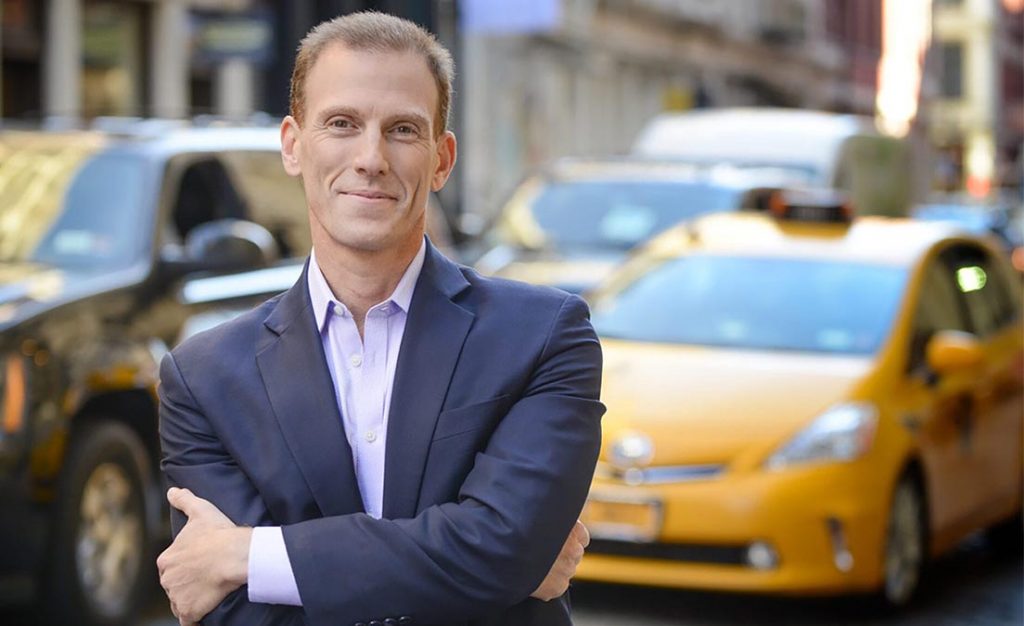 Jamie Metzl is a technology and healthcare futurist and geopolitical expert, novelist, entrepreneur, media commentator, and Senior Fellow of the Atlantic Council.

In February 2019, he was appointed to the World Health Organization expert advisory committee on developing global standards for the governance and oversight of human genome editing. Metzl’s new book Hacking Darwin: Genetic Engineering and the Future of Humanity is a groundbreaking exploration of the many ways genetic-engineering is shaking the core foundations of our lives.


Longevity.Technology: How do you see genetic engineering contributing to the field of Longevity and later-life therapies?

Jamie Metzl: All interventions will need to be based on when is the optimal moment for taking an action. Some types of interventions will most profitably occur at the early stage of an egg cell or pre-implanted embryo. Other interventions could happen most efficiently when cells begin to differentiate after a pregnancy is formed, then there will be, a whole series of interventions like gene therapies that people will get over the course of their lives that are designed to achieve different results.

There’ll be many hacks, some of them will be genetic. Certainly, there are other ways of intervening, and whether it’s on the level of the microbiome or even the whole new field of electroceuticals that use an electrical current to change the way the body behaves. All of these interventions introduce new modalities that will be carried out at a different times, over the course of a given person’s life.

Longevity.Technology: It’s estimated that 2 billion human genomes will be sequenced over the next 10 years, which obviously is a very large percentage of the global population. Who do you think will own this data?

Jamie Metzl: This is a big question. That there are some places like China where, in effect, the government and the state affiliated companies as its proxies will essentially own that data. There may be other environments like Europe, where every individual person has more of an ownership stake in that data. The question of who owns our most intimate data streams will be one of the core, not just philosophical, but legal questions of the 21st century that will have enormous consequences.

Longevity.Technology: Your book addresses government concerns about different geographies associated with new technology. Is there a safe haven?

Jamie Metzl: The United Kingdom is, in my view, the best place for these issues to be addressed – it has the best regulated healthcare system in the world and it has the NHS. There’s a lot of trust that the UK government will handle these kinds of decisions well, handle data appropriately and make smart decisions about how these technologies can best, and most responsibly, be used. That’s not the case everywhere, even here in the United States.

In the US we don’t have commensurate levels of trust. Because we don’t have a national health service, everybody is experiencing a mishmash of different providers with different incentives, creating these different datasets.

And in a country like China, the government is recognising that data is the new oil of the 21st century and working very aggressively to build large genetic, health and social data pools. This question of who owns the data, where the data pools reside, and who has access to it will be the essential questions of the 21st century, and will have huge personal political, economic, national competitiveness and national security consequences. 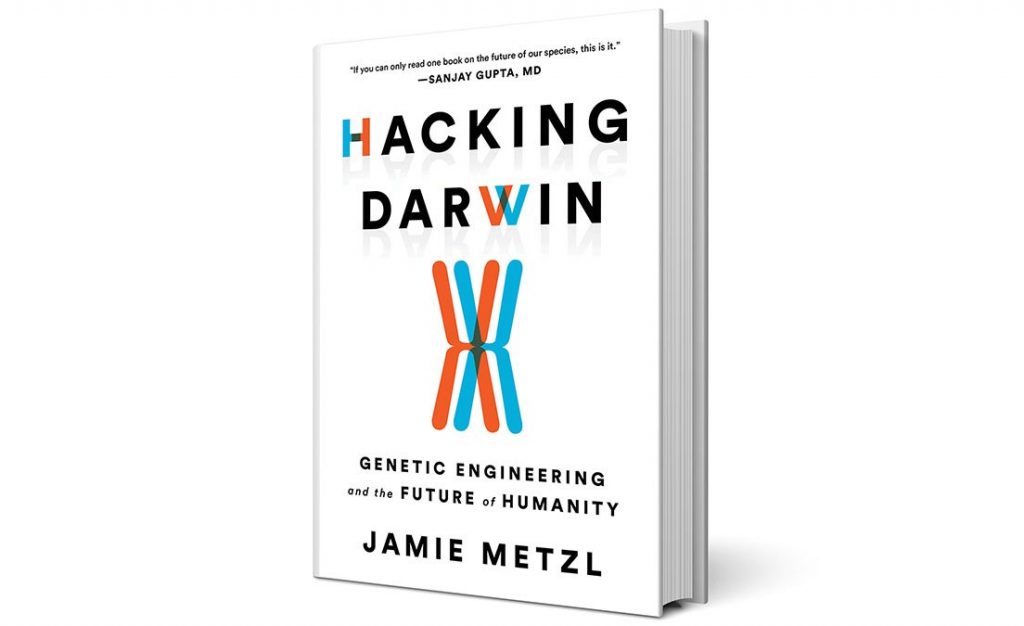 Longevity.Technology: We recently interviewed the CEO of an AI drug discovery company and he said that Chinese investors weren’t interested in Longevity yet. What are your experiences between Eastern and Western views on Longevity investing?

Jamie Metzl: Chinese investors are interested in all sorts of things. Certainly, there is a lot of money in China and there are a lot of people there who are spending a lot of money in personal longevity using all kinds of modalities including Chinese traditional medicine.

It’s hard to evaluate what is motivating the behaviour of Chinese investors these days because there’s so much politics woven into the process. Chinese investment into the United States is way way down this year, because of the politics. I wouldn’t read too much into the current decision-making process of Chinese investors as an indication of what they are, or aren’t, interested in. If the science and the applications of human life extending technologies are proven, everybody will want to invest in it, including the Chinese.

Longevity.Technology: With CRISPR technologies and state engagement in the human genome, do you think China will overtake the West?

Jamie Metzl: China’s going to overtake the West in some areas but not in many others. Translational capacities in the West are much stronger than they are in China, but things move very quickly in China. Chinese entrepreneurs have a way of iterating far faster than entrepreneurs in almost every other part of the world; and, because they have a permissive environment, interventions that might be ethically questionable in places like the United States and the UK are allowed in China. China is very focused on issues of healthcare and biotechnology is aiming to lead the world over the course of the 21st century.

Longevity.Technology: Do you think that China and other countries will apply Longevity at a macro level or is Longevity for the rich?

Jamie Metzl: Well. We already are in a world where the rich can buy life. I was just in Chicago two weeks ago, giving a talk, and learned that a person living at one end of the L train has a life expectancy on average, 30 years longer than people living at the other end of the L train. People are clearly already buying life.

If we are uncomfortable with that discrepancy in the future, that should lead us to being uncomfortable with it now. If our goal is to extend average human lifespans, the best and easiest thing that we can do is decrease infant mortality and help support the poorest and most disadvantaged people who also have the shortest average lifespan. From a population perspective, education is a great investment in Longevity: nutrition, prenatal care, all those things.

Longevity.Technology: What insights on Longevity do you have for our readers?

Jamie Metzl: The science of extending human life and healthspan is real. We will continue to make progress. I don’t think it’s going to be revolutionary, but more everlasting and step by step. One day people will live to 200. I think that we’re going to continue to chip away, both at extending average lifespan and at extending the the possibilities of how long people can live healthy lives. We’re still at very early stages of this.

We just need to continue to do what we’ve done over the past century, which is extend average life by maybe a few months every year. Extending healthspan is extremely possible. We know the major interventions for how to do that, which most people aren’t doing: exercise and diet.

We need more investment in the basic science of aging here in the United States; we spent so much more on cancer than we do in targeting aging. But if you slow aging you also beat cancer, and many of the other comorbidities of aging. There are miraculous discoveries being made, and there will continue to be miraculous discoveries being made, but translating them from basic science into treatment is going to take some time.

Longevity.Technology: Is there room for start-ups and disruptors or is Longevity exclusively in the control of big tech and big pharma?

Jamie Metzl: There is definitely space for start-ups and spin offs and we’re seeing a lot of them coming out of universities and hospitals, but because this is such a highly regulated space, most of these small companies need greater resources in order to build the organisational capability to move through all the levels of basic science and then translation, clinical trials, marketing and distribution. That’s why the most promising start-ups are often being acquired. But we also see new companies that are becoming big very quickly with private equity money but in a highly regulated environment you have high entry costs and that tends to favour big established players.

Longevity.Technology: What’s your take on hacking the human for Longevity?

Jamie Metzl: First, we’re increasingly understanding the biomarkers of aging. That is giving us a language of measurement. We can assess with more precision whether certain interventions are working or not working.

What we need to do is develop more of a systems-based biological understanding of life, and of the human, and use that understanding to prioritise which interventions will have, and in what combination, the greatest combined positive effects.

With the new tools of AI and machine learning we’re really seeing a super convergence of different technologies that together pushing us forward across the board, including the science of human Longevity.