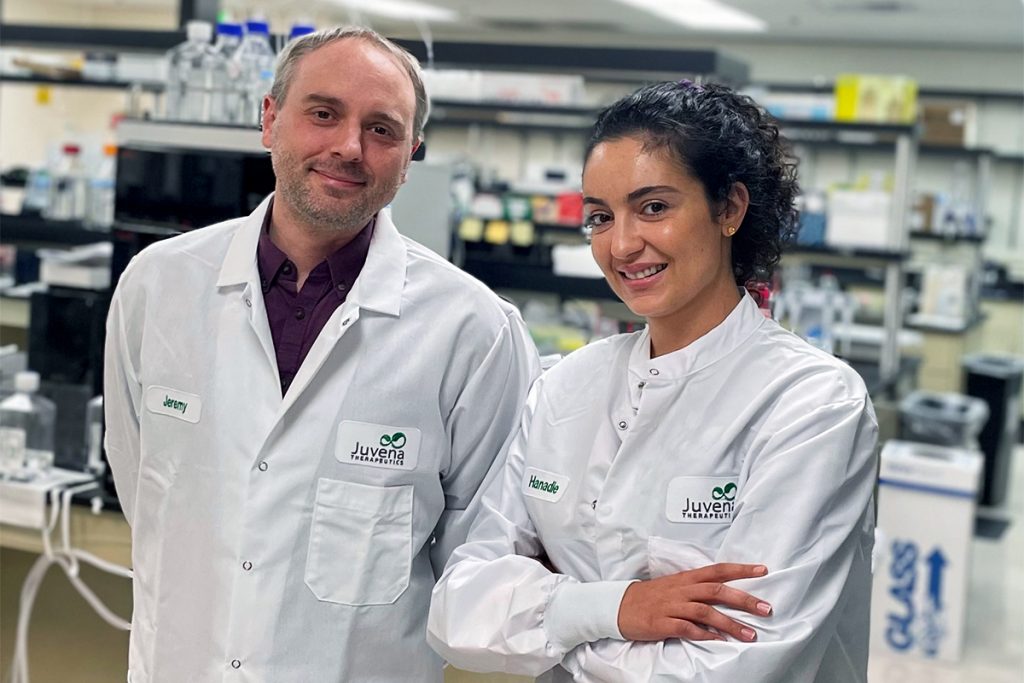 Juvena founder on how secreted proteins are breathing new life into biologics development for age-related diseases.

Fresh from announcing a sizeable $41m funding round, biotech startup Juvena Therapeutics is now well on its way to systematically uncovering the therapeutic links between secreted proteins and disease. The company is using AI to discover and screen proteins secreted by regenerative stem cells to develop new biologics that prevent, reverse, and cure chronic and age-related diseases.

Longevity.Technology: Biologics are drugs isolated from natural sources and include some of the world’s most successful therapeutics, such as insulin and human growth hormone. While biologics are more complex than small molecules, which have become the focus of drug discovery in recent years, their complexity also allows them to do things that small molecules can’t. They can be much more specific when it comes to targeting specific proteins, for example. Juvena is convinced that biologics hold huge untapped potential, particularly when it comes to aging and chronic disease. To learn more, we caught up with the company’s co-founder and CEO, Dr Hanadie Yousef.

To say Yousef was destined to become the founder of a longevity biotech company would be an understatement. Her first forays into the field began when she was just 15 and started researching gene therapies and oncology at Regeneron Pharmaceuticals.

“I fell in love with drug discovery and development, and really admired the founders and their unique story,” she says. “I quickly realised that, not only did I want to become a scientist, but if I had the opportunity to discover something exciting and translate it to help humanity, then I would want to start a company to explore that opportunity.”

The seeds were planted early and continued to germinate through Yousef’s educational journey before finally emerging while she went through grad school at UC Berkeley.

“I took a bioengineering course with Professors Irina Conboy and Mike Conboy on stem cells and directed organogenesis, and it was really then that I had a lightbulb moment,” she says. “I fell in love with the concept that by understanding the mechanisms by which stem cells in our body start to decline in function with aging, we can actually target those mechanisms to revitalise our own body’s stem cell function and promote tissue regeneration and repair to reverse the aging process.”

This lightbulb moment made Yousef realise that this was the space she wanted to dedicate her life’s work to. She went on to conduct research into the mechanisms underlying the decline of neural and muscle stem cell function with aging, but also started looking at proteins secreted by human embryonic or pluripotent stem cells, also known as secretomes.

“What was exciting about human pluripotent stem cell secretomes is that these proteins had regenerative and therapeutic potential to promote regeneration of aged and diseased degenerating tissues,” says Yousef, who went on to develop a method to purify and concentrate these proteins.

“When we added them onto aged human muscle precursors, we found they could promote better muscle differentiation and activate and stimulate these aged stem cell precursor cells. When injected them into aged injured skeletal muscle in a mouse model, they could promote regeneration of the muscle and reduce fibrosis.”

The challenges of translation

This led to another lightbulb moment, when Yousef realised that this could be the translational discovery that might have a real impact in humans.

“Instead of rejuvenating mice, could we actually develop a platform in a way to identify the key drivers of organ-specific rejuvenation within these human pluripotent stem cell secretomes?” she says. “That would mean mapping secreted signalling proteins to the receptors they bind to and the regenerative effects that they’re inducing across human cells and tissues.”

Doing this wasn’t going to be easy and Yousef realised she also needed an expert in quantitative proteomics, systems biology and machine learning to deconvolute the complex world of secreted proteins.

All of this was happening in 2011. Yousef was still in her early twenties, hadn’t yet completed her PhD and didn’t feel she yet had the contacts or experience to start a company. So, she headed to Stanford to do her postdoc, all the while honing her skills – both as a scientist and entrepreneur.

“Being in Silicon Valley, Stanford provided a great opportunity to also network with venture capitalists and angel investors,” says Yousef. “And, of course, to continue to search for my co-founder.”

Under the hood of Juvena’s platform

In 2017, she finally found her co-founder – proteomics and systems biology expert Dr Jeremy O’Connell, just as Juvena was born. The company closed its seed financing round in early 2018 and launched full-time operations soon after, starting the groundwork needed to make sense of the proteins secreted by human pluripotent stem cells.

Historically, says Yousef, a key challenge has been finding a systematic way to link the thousands of secreted proteins to the tens of thousands of disease indications. And she believes Juvena now has the solution to that challenge.

“We’re overcoming it with technology, know-how, and some secret sauce of course!” says Yousef. “First we did lots of quantitative proteomics – we analysed the secretomes that are highly regenerative compared with non-regenerative secretomes and built our proprietary library of proteins that have therapeutic potential to reverse phenotypes in aged or diseased tissues.

“Then we built a machine learning-enhanced platform that would enable us to deconvolute this library and build a map of secreted protein biology against various key cell types and tissues in our body that they bind to, mapping the disease-reversing or modifying effect that they’re having.”

Juvena takes those proteins that are shown to be most efficacious in the context of age-related or chronic diseases, validates them using in vivo animal models and translates them through protein engineering into biologics.

The complexity of Juvena’s approach gives some idea of why biologics may have fallen out of favour in drug discovery, but Yousef is convinced that there is huge potential in this area of drug discovery.

“Yes, it’s very difficult to systematically map secreted proteins to diseases in which they can have therapeutic benefit,” she says, before pointing out that research on secreted proteins is limited, and around a third have no known binding partners. “But there’s so much out there to explore.”

Juvena has focused its initial efforts on generating dozens of hits in multiple therapeutic areas. Two of its most advanced assets are for neuromuscular diseases and are currently in the lead optimisation phase. A third nominated developmental candidate has advanced to investigational new drug (IND)-enabling studies with the support of National Institute of Health (NIH) and California Institute of Regenerative Medicine (CIRM) grant funding.

“We looked at key drivers of aged or dystrophic human myogenesis, muscle regeneration, improvements of metabolism, and, ultimately, function that then could be translated into engineered biologics for specific neuromuscular diseases,” says Yousef. “And we generated multiple hits, 13 in fact, that could enhance muscle regeneration.”

From those 13 hits, Juvena arrived at its current lead programme JUV-161, which is now moving forward for a rare orphan, progeroid-like, disease called myotonic dystrophy (DM1).

“We’ve engineered and improved its drug-like properties, and we were also fortunate to get funding from both the NIH and CIRM for its preclinical lead optimisation and our preclinical development towards an investigational new drug.”

But Juvena is far from a one-trick pony, and the company already has its eye on multiple indications beyond muscle regeneration.

“We are a therapeutic platform company with a vision of building a robust pipeline of biologics across several therapeutic areas,” says Yousef. “These include looking at proteins that can promote pulmonary and hepatic regeneration. We are also exploring inflammation and potentially osteoarthritis.

“We’re aiming to leverage their translation through both internal development as well as partnerships. We are in discussions with a few different potential pharma partners, which could result in some exciting news in the future.”